Mafiosi "are not in communion with God," he said on Saturday, declaring, "They are excommunicated." 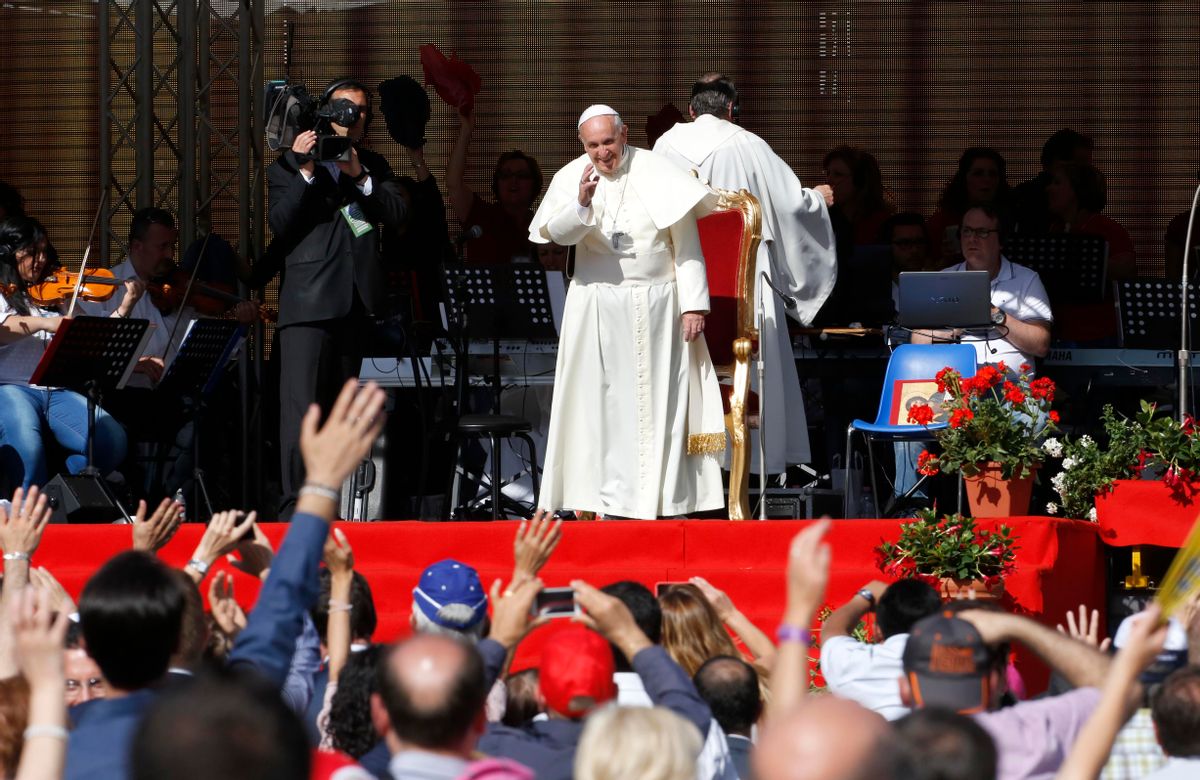 Visiting a man whose son was killed in a regional drug war, Pope Francis on Saturday declared that members of the mafia "are excommunicated" from the Catholic Church.

Speaking at a Mass in Calabria, the pontiff called local crime syndicate ’Ndrangheta an “adoration of evil and contempt of the common good."

"Those who in their lives follow this path of evil, as mafiosi do, are not in communion with God. They are excommunicated," he said.

Reuters reports that the statement is the "strongest attack on organized crime groups by a pontiff in two decades" and the first time pope "had used the word excommunication" in "direct reference to members of organized crime."

While the statement was a scathing indictment of organized crime, Reuters explains that it's not a "formal decree of canon law":

Vatican spokesman Ciro Benedettini said the pope’s stern words did not constitute a formal decree of canon law regarding excommunication. Rather, he said it was more of a direct message to members of organized crime that they had effectively excommunicated themselves, reminding them that they could not participate in church sacraments or other activities because they had distanced themselves from God through their criminal actions.

Still, the use of the highly charged word by a pope was significant because many members of organized crime in Italy see themselves as part of a religious, cultlike group, take part in sacraments, go to church and, in some cases, have also found complicity by some clerics in the south.

The goal, Benedettini explained, is to “isolate mafiosi within their own communities,” so they are no longer seen as “men of honor.”