The Uruguayan striker took a chunk out of Italy's Giogio Chiellini, and social media reacted in kind 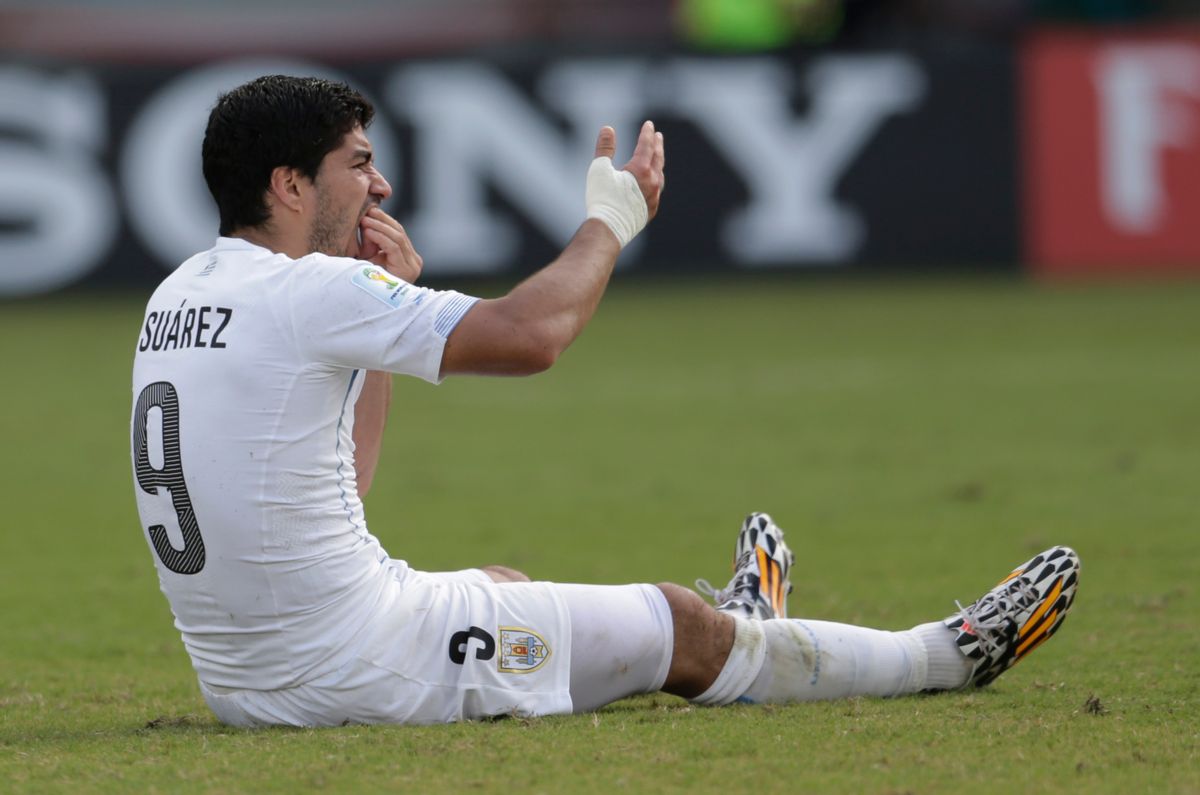 Luis Suárez, last seen ripping out English hearts with his bare teeth, was at it again during Uruguay's pivotal group stage match against Italy Tuesday afternoon. The mercurial striker found himself jockeying for position in the box against Italian defender Giorgio Chiellini when this happened:

Here's the money shot for you "CSI" fans out there:

Chiellini sprinted toward the referees to reveal his fresh gash to no avail. Suarez went uncarded, and the Italian defender suffered further indignity when Uruguay's Gastón Ramírez pulled Chiellini's jersey sleeve over his wound. (We can only presume that this episode will inspire its own one-act opera.)

This is not the first time Suárez has allegedly sunk his sizable chompers into an opponent. In 2010, he was suspended for seven games by the Dutch Football Federation after biting PSV Eindhoven midfielder Otman Bakkal. Last year he was banned for 10 games, this time by the English Premiere League, after a similar altercation with Chelsea's Branislav Ivanovic. He was also suspended eight games and fined £40,000 in 2011 after hurling a racial epithet at French national and Manchester United defender Patrice Evra, so his reputation for scumbaggery long precedes him.

Uruguay would ultimately prevail 1-0 on a thrilling goal off the back of Diego Godín to advance to the knockout stage of the World Cup, but its star forward proved less fortunate in escaping Twitter's wrath. Here's a small sampling of our favorite reaction tweets: