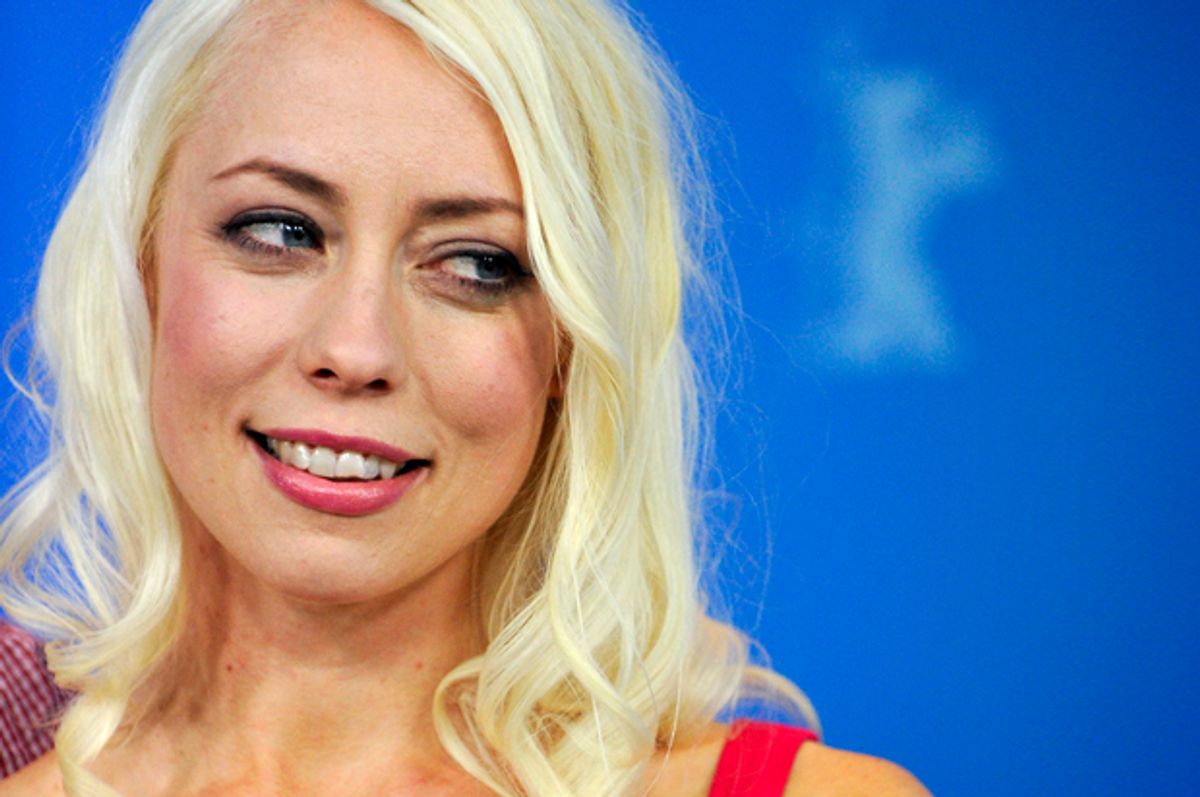 If the bill passes tomorrow, Lee says it will mean a mass exodus of the adult industry from California. "The actual situation that will be created if this bill becomes law has already been demonstrated in L.A. County after the passage of Measure B," she said, referring to the condom mandate passed in 2012. "Since that time there has been a 95 percent reduction in adult film permit applications." Indeed, Peter Acworth, the CEO of Kink.com, which is headquartered in a former armory in San Francisco, has threatened to decamp to Las Vegas if the bill is put into law.

Hartley adds that there are risks that come with every job and workers should be able to choose which risks they are comfortable with. "I don't personally do construction because I don't want to fall off a 10-story building," she says.

Then there's the fact that the bill mandates testing procedures that are less strict than those currently in place. As the Stop AB 1576 website puts it, the bill "requires only the less-accurate 'rapid HIV antibody' test (with a window period of approximately 8-12 weeks between infection and detectability), whereas all major producers now use the gold standard 'HIV viral load' method (with a window of 7-10 days)."

Lee, who was desperately trying to promote resistance to the bill, says AB 1576 only appears to be concerned with the health of performers. "[It] was written not only without the input of the workers it will impact, but also without any knowledge whatsoever of the kind of work we actually do," she says. "There is no other industry a legislator would attempt to regulate with this same utter dismissiveness and ignorance."