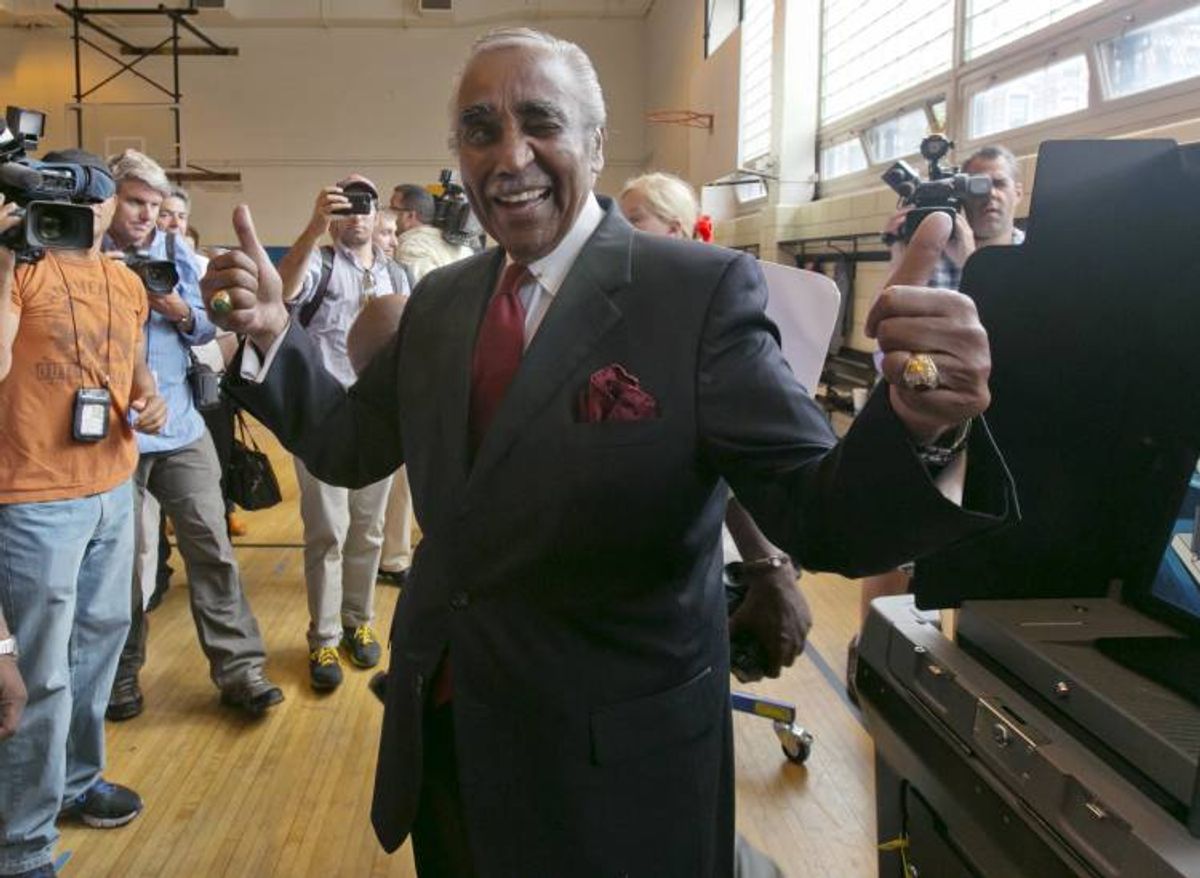 At the beginning of a lengthy speech that eventually segued into a declaration of victory, the 84-year-old congressman explained to supporters that he was joining them with only 70 percent of precincts reporting because he wanted to "sweat this one out together" with them.

After more than half-an-hour of unscripted speech, Rangel called on Rep. Gregory Meeks to declare Rangel the winner.

For his part, Espaillat told his supporters that results "were too close to call." He soon thereafter left his campaign headquarters without further announcement.

Rangel previously defeated Espaillat in a Democratic Party primary battle, besting the state senator in 2012 by less than 2,000 votes.