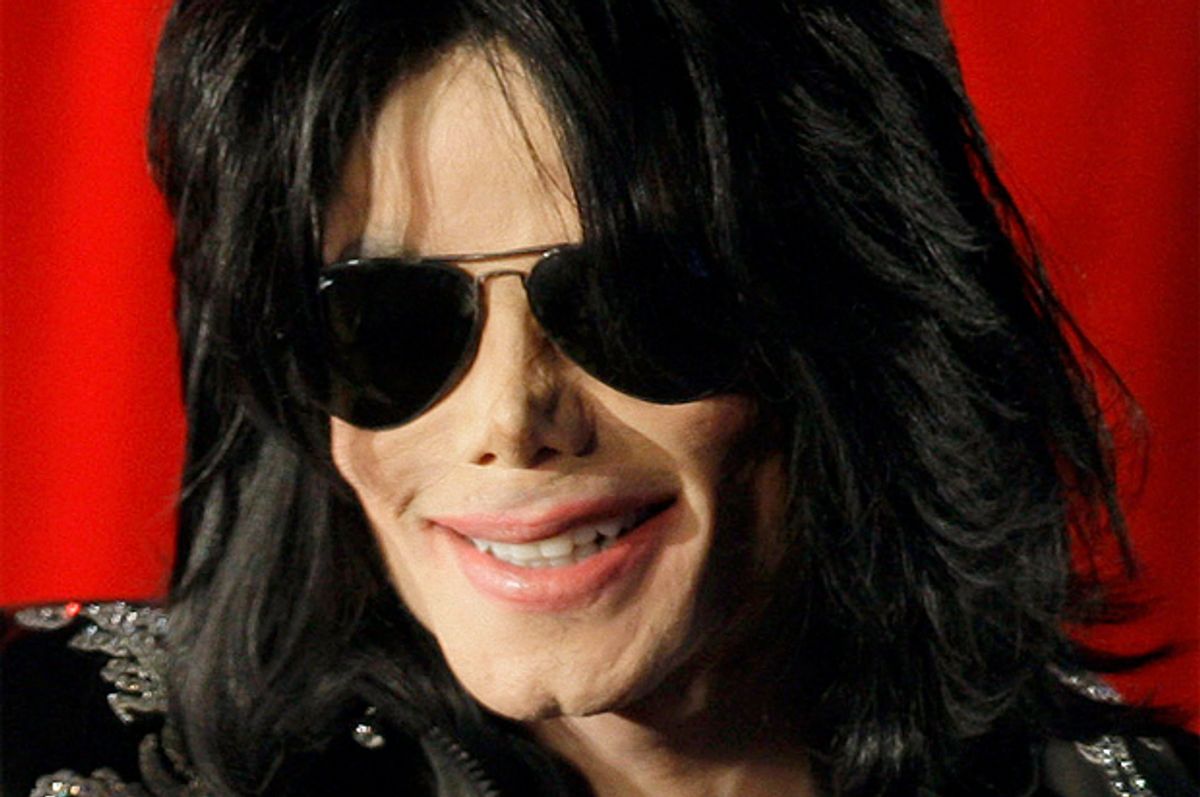 If you're marking the fifth anniversary of recording artist Michael Jackson's death by reading the recently released memoir by his bodyguards, you may be surprised to learn that Jackson loathed recording with contemporary artists. "Sony had told him to get in the studio with some of these younger artists to make himself new and hip again," we read in "Remember the Time," credited to two of Jackson's security officers and a co-author. "But he didn't do it with enthusiasm."

Good thing Sony Music didn't have to deal with Jackson's intransigence when putting together "Xscape"! The recently released album of repackaged material that had been left, by Jackson, on the cutting-room floor, features the producing talents of younger producers like Timbaland and Stargate, as well as a track released to radio with the vocal stylings of Justin Timberlake, a beyond-the-grave duet. Jackson was recently reanimated in hologram form at the Billboard Music Awards in order to perform from the album.

Jackson's so in demand in part due to the very nature of his death -- premature and, if not mysterious in its particulars, shocking in its timing. The pop singer was perceived to be on the precipice of a comeback, an impression furthered by the documentary film "This Is It," which, released some months after Jackson's death, provided fans and rubberneckers alike a chance to spend a bit more time with the pop star. It was a huge hit.

The only recent instance comparable to Jackson's death in terms of public mourning was the similarly untimely passing of Whitney Houston -- and though that prompted much keening and a resurgence in popularity for her back catalog, there wasn't quite the same attempt to re-create Houston's life, or to capitalize off her tragic end. Perhaps that's because the details of Houston's downfall were so widely reported upon and observed, while Jackson remained a figure shrouded in mystery, one whose story we want to have a conclusive ending.

Certainly Jackson's attempts to live a private life, as detailed in "Remember the Time," were largely successful -- the degree to which he avoided public settings in the later years of his life was achieved at great financial and psychic cost. And now that he's no longer here to dictate his own terms, he's been for five years more public than ever. Consider, say, close Jackson friend Shmuley Boteach rushing out his book "The Michael Jackson Tapes" in order to make clear just how much of an impact Boteach had on Jackson, or the critically derided remix album "Immortal," which put out whole new versions of Jackson's work without the artist's consent.

"Remember the Time" purports itself to be different: It features a foreword in which the authors, Bill Whitfield and Javon Beard, indicate they've received no remuneration at all (they got an advance but claim it all went to "the expenses of producing the book"). They just want to set the record straight. "You deserve an honest ant thoughtful testimony of his life." And so it is that we learn that Jackson was a private person in large part because his fans were so rabid that they posed an actual threat. He also treasured his life-size "Simpsons" figurines, loved giving money to homeless people, and might have seen Dr. Conrad Murray sometimes, if his kids were sick -- hard facts here, oddly enough, get hazy.

The book is illuminating, though its authors seem perhaps not to understand why it exists. That Jackson wouldn't have wanted this book out in the universe is little matter for those men who go on at length about how their sacred duty was to protect Jackson's privacy -- but it's hard to blame them. The person they knew has been gone for years, after all. In the final pages, the authors mock Jackson's 2009 funeral as an opportunity for celebrities to vamp and perform their grief in order to boost their own Q rating. "I knew this funeral was going to be fake. I didn't want to be around the fakeness." But the funeral was the same thing this book is, or claims to be -- an attempt at a catharsis and finality that, for Jackson fans, will never come, because the joy of indulging oneself in endless reminiscing and speculating is too much fun and too easy to monetize.

Celebrity Michael Jackson Remember The Time This Is It