Gary Oldman apologizes for anti-Semitic comments, but nothing else 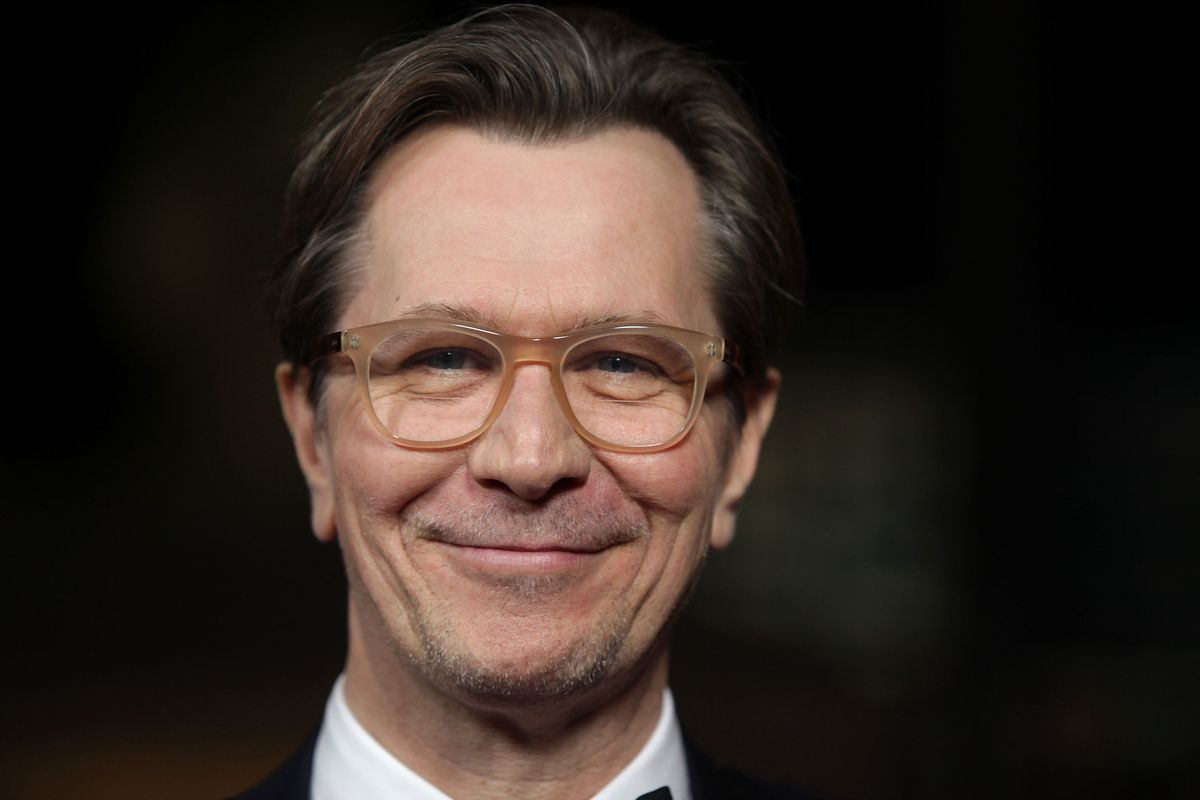 Gary Oldman has apologized for (just) one of the offensive comments he made during a recent Playboy interview, in which he defended the homophobic, sexist and racist rants of Alec Baldwin and Mel Gibson, and rallied against a "hypocritical" culture of "political correctness." The actor, who insulted Jews, women, gays and African-Americans, apologized for a rant deemed anti-Semitic by the Anti-Defamation League and the Simon Wiesenthal Center.

'“Mel Gibson is in a town that’s run by Jews," Oldman had said in the interview of Gibson's own 2006 anti-Semitic rant against Jews running Hollywood, "and he said the wrong thing because he’s actually bitten the hand that I guess has fed him – and doesn’t need to feed him anymore because he’s got enough dough.”

In response, Rabbi Marvin Hier, dean of the Simon Wiesenthal Center in Los Angeles, said, "Gary Oldman wants Jews to 'get over' what Mel Gibson said. But what Gibson said, was the slogan that Adolf Hitler used to murder six million Jews." Hier explained to the AP that, "(Oldman's) comment that Hollywood is a town 'run by Jews' has a very familiar sinister ring to it that is the anthem of bigots and anti-Semites everywhere. That has nothing to do with political correctness."

The outcry prompted Oldman to issue an apology on Tuesday night via a letter to the Anti-Defamation League. "I am deeply remorseful that comments I recently made in the Playboy Interview were offensive to many Jewish people," the letter begins, continuing, "Upon reading my comments in print — I see how insensitive they may be, and how they may indeed contribute to the furtherance of a false stereotype." Oldman has said nothing, however, to suggest that he no longer supports Baldwin's habitual use of homophobic slurs.

The full letter, below:

Dear Gentlemen of the ADL:

I am deeply remorseful that comments I recently made in the Playboy Interview were offensive to many Jewish people. Upon reading my comments in print — I see how insensitive they may be, and how they may indeed contribute to the furtherance of a false stereotype. Anything that contributes to this stereotype is unacceptable, including my own words on the matter. If, during the interview, I had been asked to elaborate on this point I would have pointed out that I had just finished reading Neal Gabler’s superb book about the Jews and Hollywood, An Empire of Their Own: How the Jews invented Hollywood. The fact is that our business, and my own career specifically, owes an enormous debt to that contribution.

I hope you will know that this apology is heartfelt, genuine, and that I have an enormous personal affinity for the Jewish people in general, and those specifically in my life. The Jewish People, persecuted thorough the ages, are the first to hear God’s voice, and surely are the chosen people.

I would like to sign off with ‘Shalom Aleichem’ — but under the circumstances, perhaps today I lose the right to use that phrase, so I will wish you all peace – Gary Oldman