James Franco: Stanley Kubrick's "Blood Meridian" is the perfect western for these times 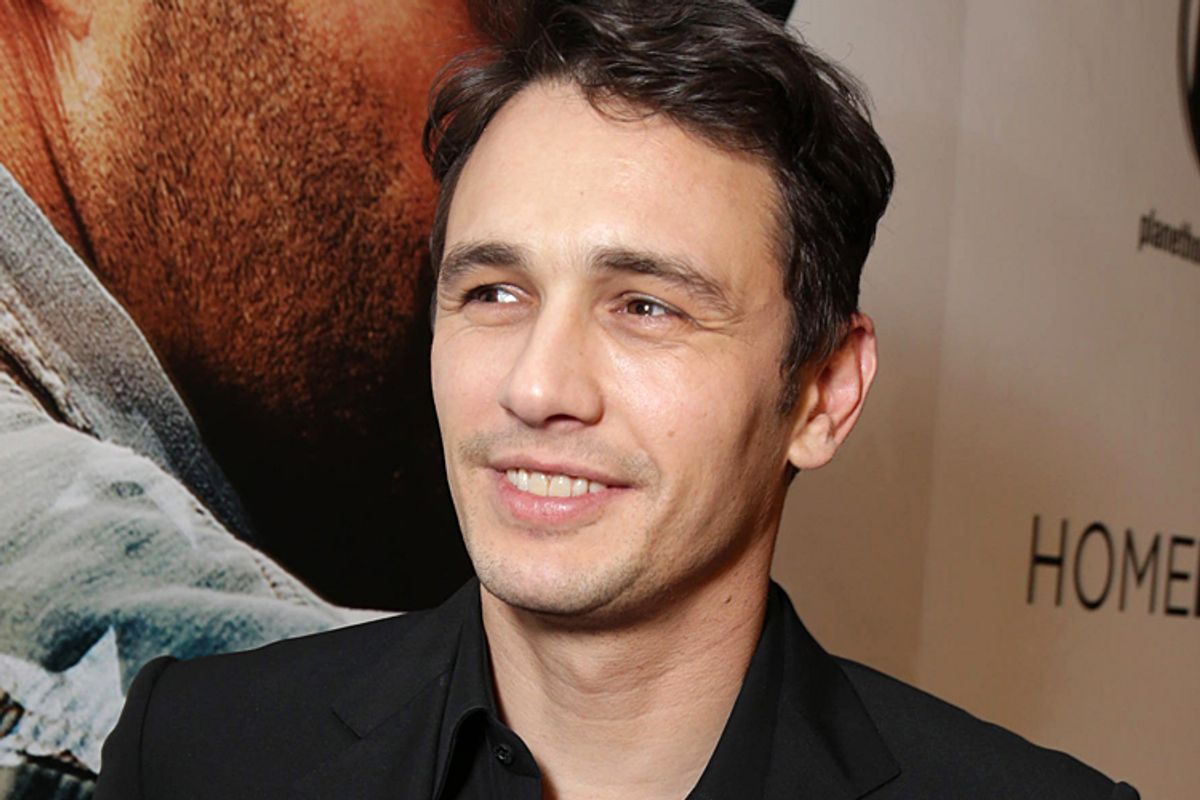 It is well known that Marlon Brando had once solicited the directorial duties of Stanley Kubrick for the film that would eventually become Brando’s directorial debut and the only film he would ever direct, the existentialist western, "One Eyed Jacks," in which he also starred opposite his forever faithful co-star Karl Malden ("Streetcar Named Desire"—stage and screen, "On the Waterfront"). Who knows what creative differences kept those two giants from working together on that particular western (Kubrick has a writing credit), but what is little known is that the two did complete a western together, an adaptation of one the greatest westerns in the canon, a book Harold Bloom has hailed, alongside "Gravity’s Rainbow," "White Noise," and "Sabbath’s Theater," as one of the best novels of the second half of the twentieth century: Cormac McCarthy’s "Blood Meridian."

The novel came out in 1985, and Kubrick, Brando, and Brando’s then-buddy Johnny Depp, all teamed up in 1996, while Kubrick was preparing to release "Eyes Wide Shut," to shoot the epic western that follows a gang of Apache scalp hunters who get so money-thirsty and just plain bloodthirsty that they end up killing the border families they are being paid to protect. Kubrick was unable to work on any of the post-production because of his untimely death, but the material was eventually compiled by editor Curtis Clayton ("Drugstore Cowboy," "My Own Private Idaho," "Jesse James"). It is the perfect western for these times when there is no longer any call for the simple black hat versus the white hat, and when we can’t cast the Natives as villains, nor would we want to; instead, everyone is evil and bloodthirsty. The Apaches rape, castrate, and scalp their victims because their culture and their people are being decimated by the settlers and the scalp-hunters. The Glanton Gang, led by Depp’s Glanton, murder and scalp anyone, first for the money, and in the end because they have something essentially violent inside them, something that McCarthy and Kubrick seem to insist is in all humans, but a thing that has consumed these men, so that the Glanton gang is little more than the expression of man’s murderous essence.

Brando plays Judge Holden, the devil disguised as a genius with alopecia—he has no hair on his enormous body, albeit one that Brando has miraculously tamed; the ice cream strike and yoga classes must have been in full effect right after "Don Juan Demarco," and then immediately dropped so that Brando could balloon a bit for Depp’s own directorial debut, "The Brave," a year later. Holden glories in death and destruction: Picture the bald Brando from "Apocalypse Now" mixed with the strange-but-playful intelligence of his high-pitched bounty hunter character from "The Missouri Breaks," one who can afford to play the high-pitched fool because you know that he will absolutely best anyone who comes in his path, and you get this Satan incarnate it is impossible to take your eyes off of. Brando, the looming figure who, even when finally killed by Nicholson’s character in "The Missouri Breaks," still comes off as the victor because he has so cleverly bested the rest of Nicholson’s gang (Harry Dean Stanton included). As Holden he is equally the maestro of this bloody—for most, all too bloody—opera of high plains destruction. Depp has never been better as Glanton, the equally destructive nominal head of the gang, a kind of Ahab on a mission of death next to the Fedalah figure of Judge Holden, who is the devil in his ear.

Six years later Depp would explode onto the world of superstardom as the flamboyant Jack Sparrow in "Pirates of the Caribbean," and subsequently dance through a series of equally fey and theatrical performances: three more "Pirates" films, "Willy Wonka," "The Mad Hatter," "Sweeney Todd," a soap opera vampire in "Dark Shadows," a gun-toting lizard in "Rango," and the Lone Ranger’s sidekick who wears a crow on his head, in the commercial and critical disaster "The Lone Ranger." But here he gives a subdued and brooding performance as a man of few words who expresses himself through the unmitigated rape and murder of any creature with a heartbeat along the Mexican border. (He would use some of this heavy demeanor and inner darkness in the strange and slow directorial project he did soon after the Kubrick film, but "The Brave" casts him as a confused man living in a junkyard.) Glanton is pure evil. It is the first and only time Depp has played someone all bad, and boy does he pull it off. Usually he is cloaked in the oddball antics, thick makeup, and frilly costumes of his outsider heroes, but as Glanton he is naked of any surface-masking, silent, and eerily effective. We sense an endless depth of boiling hatred, hatred of humanity, hatred of life. This enmity that boils to the surface and explodes in the scenes that clash the gang with Apaches and eventually the Army, seems so natural to Depp it is surprising he hasn’t used it more. Then again, it is so convincing that if Depp were to play two or three of these kinds of villains, his image would undoubtedly be cast as something un-Disney, and all those hundreds of millions would not be flowing his way.

And Kubrick? This was the movie he was meant to make. His movies, coldly beautiful, are peopled by the heartless and vicious specimens of humanity: "A Clockwork Orange," "The Shining," "Full Metal Jacket," "Barry Lyndon," "Dr. Strangelove," "Lolita," "Paths of Glory" (basically all of his films), so a movie that requires epic scope, within which the mean peoples of western expansion ride, kill, and cavort, is the perfect fit for Koobs. That he did this in secret is a testament to the heavy hand of power he must have had to keep everything away from the prying eyes of the paparazzi—especially because this was still not long after River Phoenix died outside Depp’s club on Halloween in 1993, and the private Depp was still depicted as very much the bad boy, not yet the friend of the Mouse that he is now. That Kubrick did this film before "Eyes Wide Shut" was released, and right before his death, probably speaks to a prescience in Kubrick, who knew that he couldn’t go out on the odd low note of "Eyes Wide Shut." So he shot an uncharacteristically fast, down and dirty film with themes close to his heart: man’s greed, man’s inhumanity to man, murder, and rape; and boy did he do it well. The movie was not released at the time because of some silly rights issues involving mega-producer Scott Rudin, but now the film can be enjoyed by McCarthy fans, Brando fans, Kubrick fans, and pre-Pirates Depp fans.