New York may have banned tiger selfies, but there are plenty of other animals you can pose with 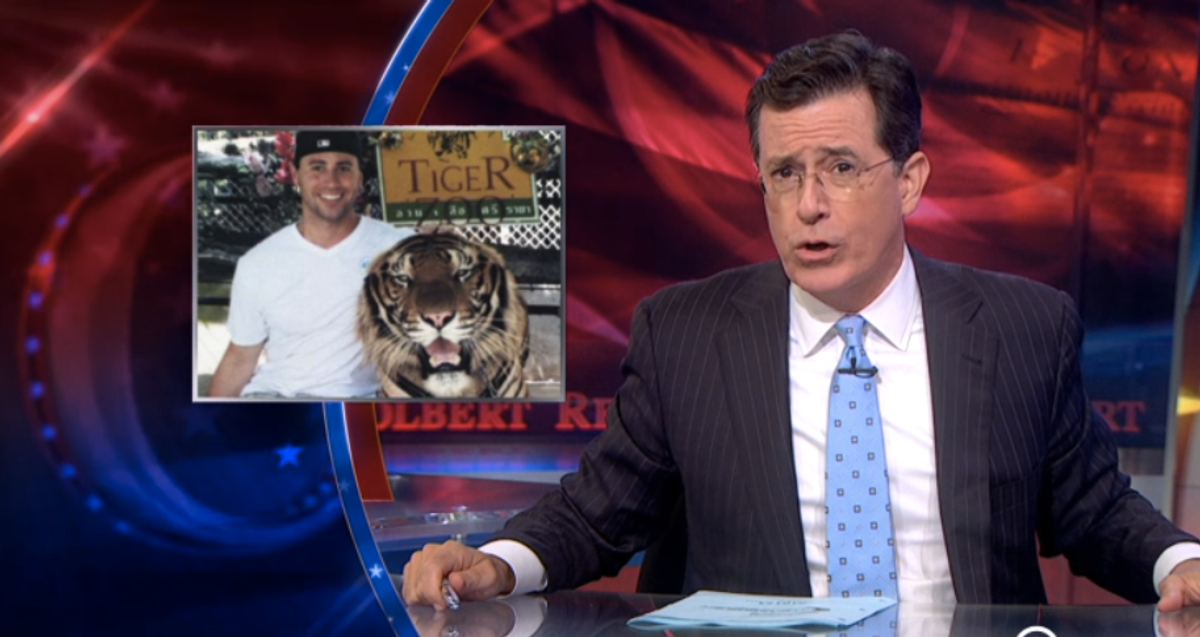 First Four Loko was banned, now tiger selfies: New York bros just can't catch a break! But don't worry, dudes, because Stephen Colbert has got your back. The comedian suggested some alternative ways of trying to appear "cool and dangerous" on dating sites like OkCupid and Tinder, where men frequently posted the selfies to attract women: take pictures with "the noble snow leopard, the breathtaking blue whale, the majestic Santa Cruz long-toed salamander" instead.

After all, New York's ban on tiger selfies isn't just a slight to bros -- it's a slight to tigers, too. "This is how endangered species save themselves, by helping us get laid," Colbert declared.

The comic ended with a call to action to the brommunity at large: "Tonight, I'm calling upon the brommunity to photograph themselves with as many endangered species as possible to find out if that animal attracts women." New York women: Brace yourselves for an uptick in endangered species animal selfies. On the plus side, you'll know that your bro-mate is a Colbert fan.