The former president tells David Gregory that the crisis in Iraq is still, ultimately, Cheney and Bush's fault 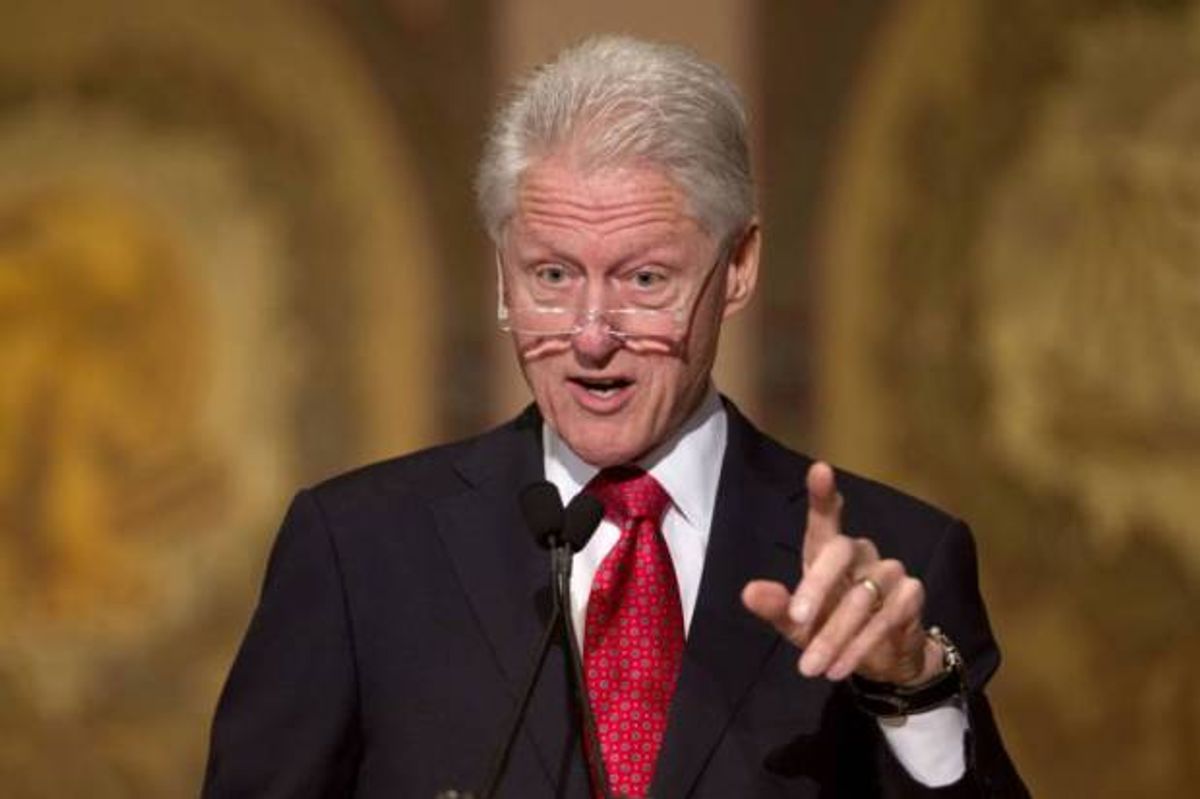 Speaking with NBC's David Gregory during an interview that will run in full during this Sunday's edition of "Meet the Press," former President Bill Clinton argued that there is something "unseemly" about former Vice President Dick Cheney's willingness to criticize President Obama for the chaos and dysfunction that's still plaguing Iraq.

Asked by Gregory whether he agreed with claims from Cheney and other Republicans that the Obama administration had made the Middle East more unstable and American citizens more unsafe, Clinton emphatically rejected the question's premise, saying, "If [the second Bush administration] hadn't gone to war in Iraq none of this would be happening."

Gregory interrupted, asking Clinton if he believed that the civil, sectarian and regional war occurring in Syria was also the fault of Bush and Cheney. Then, asking a slightly different question (perhaps unintentionally) Gregory wondered whether Clinton believed "there wouldn't be terrorist actors" if the U.S. hadn't invaded and occupied Iraq from 2003 to 2011.

"It might be happening in Syria," Clinton responded, "but what happened in Syria wouldn't have happened in Iraq."

Clinton then segued into a criticism of Cheney's behavior since leaving office, in particular his fondness for taking shots at President Obama on issues related to counterterrorism and U.S. foreign policy in the Middle East.

"Mr. Cheney has been incredibly adroit for the last six years or so attacking the [Obama] administration for not doing an adequate job of cleaning up the mess that he made," Clinton said. "And I think it's unseemly."

Attempting to draw a contrast between the former vice president and his one-time boss, Clinton went on to say that he "give[s] President Bush ... a lot of credit for trying to stay out of this debate and letting other people work through it."

You can watch a preview clip of the interview below, via NBC: