From "It Ain't the Meat" to "Let Me Play with Your Poodle," the sneakiest sex songs in the history of music 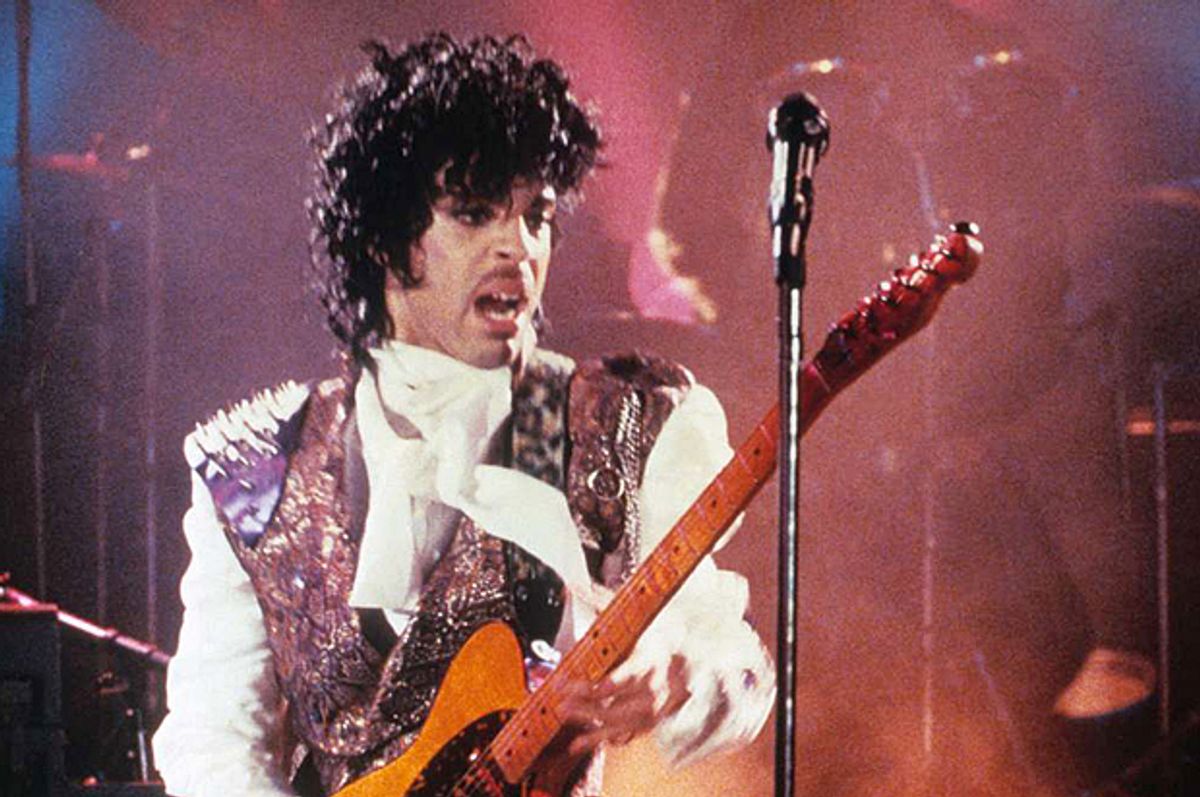 Today, as Lil Wayne knows, you can just talk about sex by talking about sex, and millions will listen (albeit sometimes with the more explicit words just barely bleeped out for radio play). Once upon a time, though, you had to be slightly more surreptitious if you wanted your music released. The tracks that follow all worm their metaphorical way into your fruit basket, as it were. (And I've stuck pretty much to songs that are double entendre all the way through, thus the absence of Led Zeppelin's "Lemon Song" and other numbers that whip out the double entendre for a line or two, but lack the full staying power.)

Early blues performer Bo Carter often performed with influential string band the Mississippi Sheiks. On his own, he recorded so many double entendres it's a wonder he could keep his bananas separate from his biscuits. "Please Warm My Wiener" is one of the juiciest entries in the large genre of double entendre meat songs. They don't feel right cold.

Swallows, "It Ain't the Meat"

Another meat song, this delivered by Irving Turner's baritone fronting the classic vocal group the Swallows. The entendre gets an extra little push of double when it's couched in the innocent motion of doo-wop.

Bessie Smith, "I Need a Little Sugar in My Bowl"

As popular as meat may be, the sugary stuff is even more so. Bessie Smith starts out like she's singing one of her great mournful blues numbers, but she soon gets into the growling, moaning spirit of double entendre. "I need a little mmm-hmmm" speaks for itself. And of course, "come on hard papa" thrusts right over that line into not needing an entendre at all. (And speaking of avoiding entendre, I would be remiss to not point you to Lucille Bogan's not at all coy, filthy, filthy blues, "Shave 'Em Dry.")

Even though you can just sing about sex without getting cute, Kelis demonstrates that there's still a virtue to subtlety — if "subtlety" is the right word, exactly. The video doesn't stint on the visual entendres either, from the doubled cherries in the glass to Kelis oscillating her upper bits suggestively as she intones "milkshake" at the 1 minute mark.

David Lee Roth is so oleaginous here that John Brim's old blues slides out of Chicago all the way to Las Vegas. I think he actually switches the line from "flavors" to "favors" at the end there, when he's reiterating what he's got that will satisfy.

This is where you end up after all those Kelis milkshakes and Van Halen ice creams, I suppose. Blues singer Spivey and jazz guitarist Johnson fill various cavities, provoking moans, groans, and sighs long before Donna Summer. Part 2 goes on in the same vein — "when I start to drilling, momma don't scream and shout,"…"Oh, doctor!"  If you just can't get enough of the dentist, you can check out the similarly themed "Long John Blues" by Dinah Washington.

Wynonie Harris, "Keep On Churnin' (Till the Butter Comes)"

Jump blues shouter Wynonie Harris recorded a number of double entendres, but I think this is the most joyfully shocking in the specificity of its lubrication metaphor. It also manages to be a kind of double double entendre, touching (if that's the right word) on both food and animals, the most popular topics for outrageous innuendo.

Lightnin' Hopkins, "Let Me Play With Your Poodle"

Western swing performer Hank Penny also recorded the song, but I think Lightnin' Hopkins' wonderfully rollicking version suits best the theme of rollicking with that thing. Hopkins makes sure you know that he means "you little poodle dog," not whatever else it was you were thinking of.

The Cramps, "Daisys Up Your Butterfly"

Lux Interior does his Elvis impersonation on a cracked retro-rockabilly double entendre that I'm pretty sure Elvis wouldn't have wanted any part of. "I myself believe in whatever comes in handy," indeed.

You'd think there would be an infinite number of double entendre songs about cars, but I found fewer than you'd expect (not counting songs about sex in cars, of course). Maybe people figure that there's no topping Roy Brown once he's made sure you "ride so evil, so mellow and fine."

Denise LaSalle, "Pay Before You Pump"

Longtime blues trooper Denise LaSalle often doesn't bother with mincing words — "Lick It Before You Stick It," for example, doesn't mess around with any stamp metaphors. "Pay Before You Pump" is marginally more coy, though not so much that it sounds duplicitous when she says, "I'm bein' straight up with you baby."

Melanie's innocent little girl vocals aren't necessarily all that innocent. And if you think she didn't mean it, remember that for somebody who doesn't drive, she's been all around the world.

Musical instruments are also a fairly popular source of double entendre tease. Dinah Washington finds the naughty bits in guitars, amplifiers, pianos and who knows what else while touting the superior virtues of the trombone, if that is a trombone. "I blow through here, then I work my fingers and my thumb" is probably the line that it's most difficult to believe they got away with. (Also be sure to listen to Washington extol the virtues of fiddling with television knobs.) Like Denise LaSalle, Prince often just talks about sex when he talks about sex, but the super-funky "Tamborine" is an exception — though lines like " Close my eyes, what's it like? What's it like inside your tamborine?" suggest that he's not overly concerned about making the metaphor fit the crime. As with most Prince songs, this one is offline because he and his tamborine are crazed control freaks — but do yourself a favor and track it down if you haven't heard it already.

Aerosmith whipped out its 10-inch record some decades after the original Bull Moose Jackson version. Now that vinyls are all the rage again, this song seems right up to date.

Julia Lee, "My Man Stands Out"

Julia Lee recorded a lot of double entendres, including "The Spinach Song" ("I didn't like it the first time....") I think "My Man Stands Out" is the outstanding track in her oeuvre, though. Even the innocent line "He has the skin I love to touch" comes across as absolutely filthy in context.

Again, this is one where there's at least some vague possibility that this does not mean what you think it means. But…surely? Right?

Cyndi Lauper picked up on the dance-as-masturbation metaphor, and of course Eric Clapton covered this, but Jonny Otis' version is still the winner, if only because of this live performance with its gleefully not-traditionally-svelte chorus line demonstrating the moves. Otis, largely forgotten today, was one of the few white musicians who recorded and performed almost exclusively with black performers; he discovered such great talents as Jackie Wilson and Big Mama Thornton, and at the end here you can see him hobnobbing with Lionel Hampton.

Punning on the word "come" is fairly rudimentary as far as double entendres go, but it seems churlish to criticize when it's all in the interest of good manners and mutuality. Funky, too.