Nation editor destroys Bill Kristol: "You should enlist in the Iraqi army" 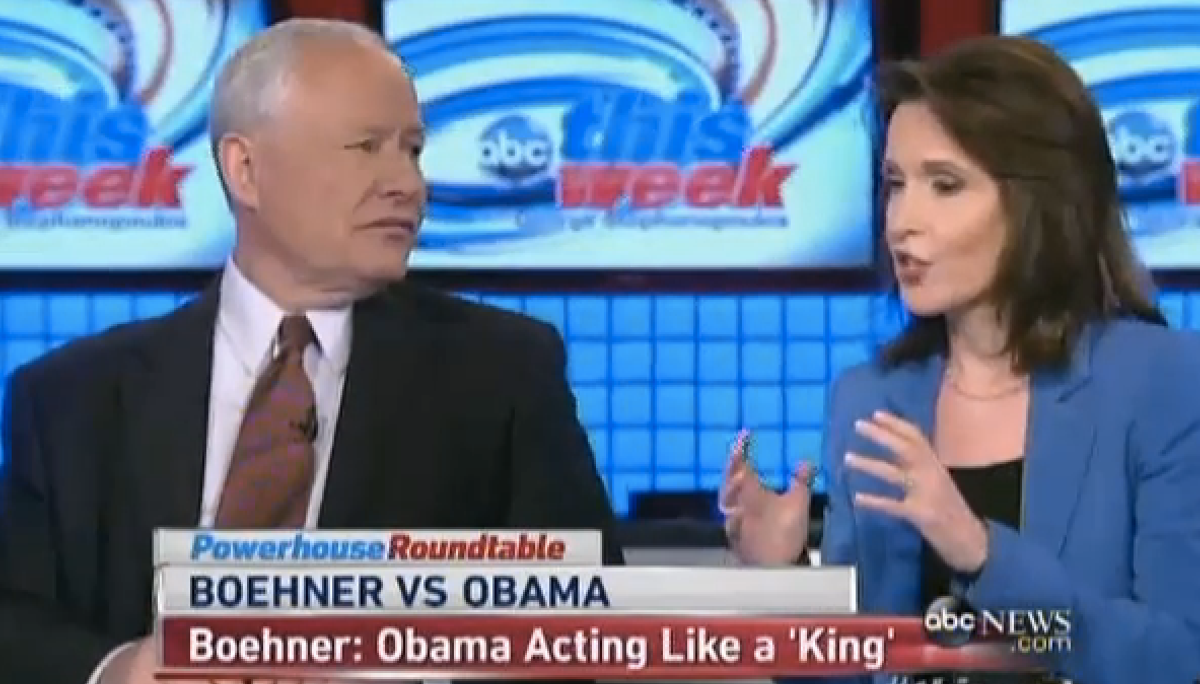 On ABC's "This Week" Katrina vanden Heuvel called out Bill Kristol for his hawkish stance on the Iraq war.

"We're sitting here at a moment, George, where we're talking about John Boehner, but the central question of war and peace for the country -- there's no military solution to Iraq," vanden Heuvel stated. "And I have to say -- sitting next to Bill Kristol, man -- the architects of catastrophe that have cost this country trillions of dollars, thousands of lives -- there should be accountability."

"If there are no regrets for the failed assumptions that have so grievously wounded this nation, or politics and media accountability," vanden Huevel continued." We need it Bill, because this country should not go back to war. We don't need armchair warriors. And if you feel so strongly, you should, with all due respect, enlist in the Iraqi army."

“That’s a very cute line, Katrina,” Kristol shot back. The two then argued about the war and Kristol eventually went on to blame the current crisis on President Obama pulling troops out in 2011.

The clip can be viewed below via Media Matters: