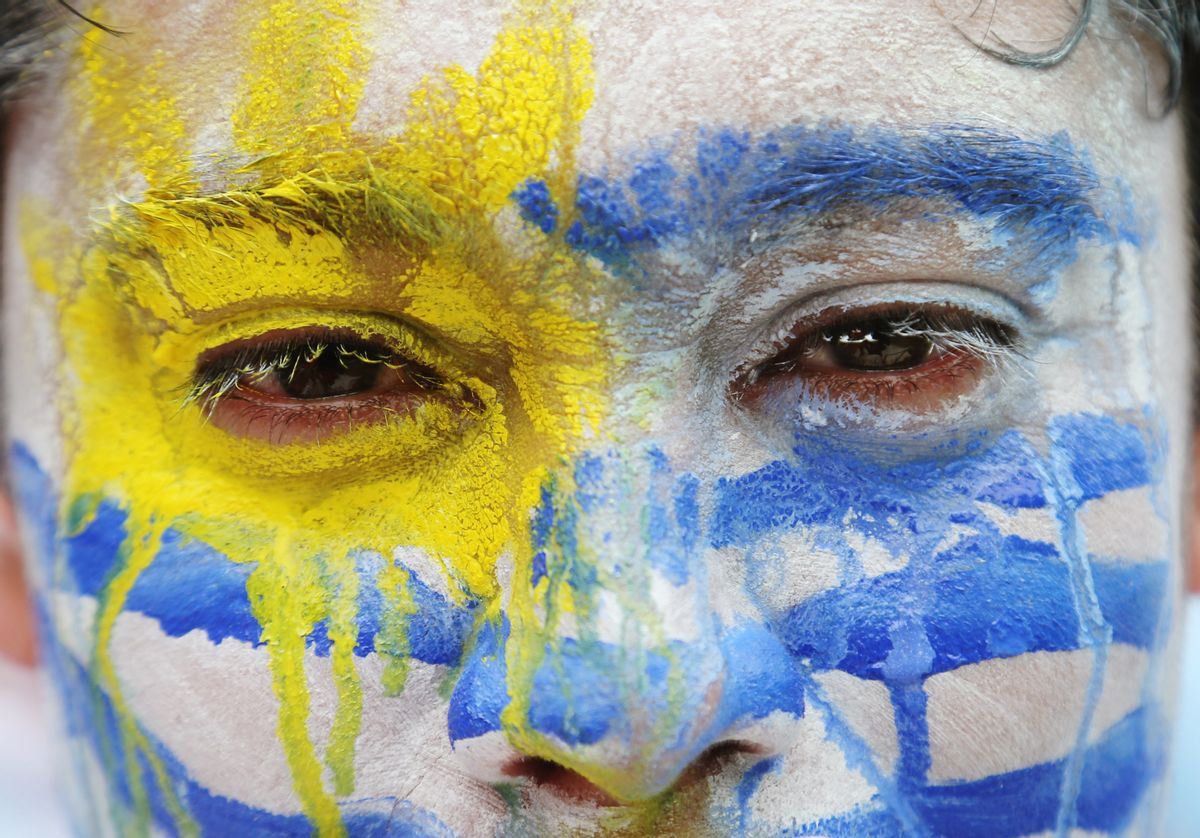 Photo coverage by The Associated Press in Latin America last week ranged Latin America's ongoing obsession with the World Cup to a controversy over circus animals in Mexico to the spread of a debilitating virus in Cuba.

Bolivia's leftist government started the week by flipping the clock on the Congress building so that it turns to the left, or counterclockwise elsewhere, while still keeping accurate time.

In Brazil, which is hosting the World Cup, fans posed in front of a poster of Luis Suarez, pretending to be bitten by the Uruguayan player banned from the soccer tournament for a biting incident.

Central Americans continued to travel north through Mexico on the top of trains, while the number of unaccompanied minors detained on the U.S. border has more than tripled since 2011.

A newly crowned Miss Gay Nicaragua 2014 will travel the country to raise awareness about sexual diversity and gender identity.

Circus employees in Mexico City are worried they'll be out of jobs after a new law goes into effect that bans them from using animals.

In Venezuela, university students and government opponents continued to demand the release of protesters who have been arrested in street demonstrations.

Fishermen in Peru's port city of Callao escorted a statue of their patron Saint Peter on a ceremonial boat ride, while in Cuba authorities began fumigating against a mosquito-borne virus after authorities confirmed cases of chikungunya.