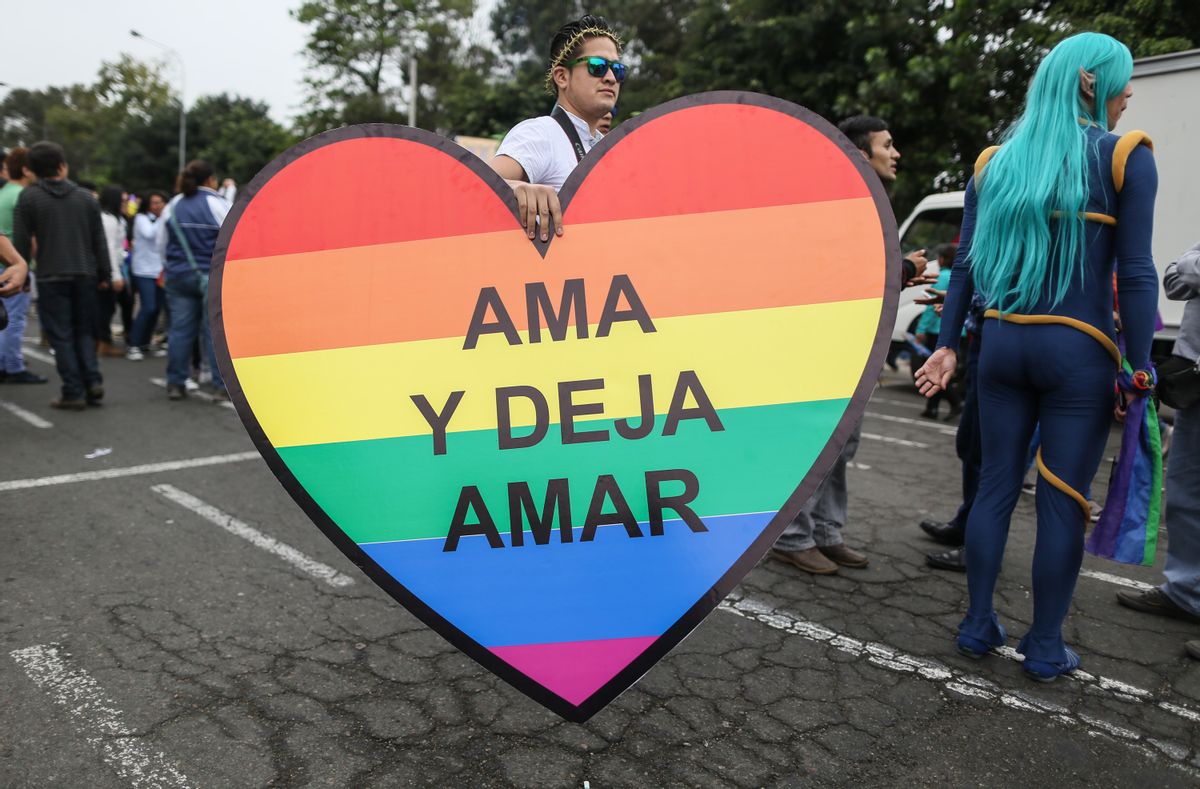 For gay, lesbian, bisexual and transgender people and their supporters, June is a month of pride and celebration.

Around the globe, LGBT Pride Month has been marked with parades and marches, festivals and dances, and in some cases, protests and counter-protests. In the United States, much of the celebrations have focused on a string of victories in states where gay marriage bans were overturned.

The month's events culminate this weekend with some of the nation's biggest parades in cities including New York, San Francisco, Chicago, Minneapolis, Seattle and Houston. Humbler celebrations are being held in smaller towns and cities around the country, such as Augusta, Georgia, and Floyd, Virginia.

Here's a look at some of the celebrations that have taken place around the world during June, including this weekend.