In praise of the "beta male" 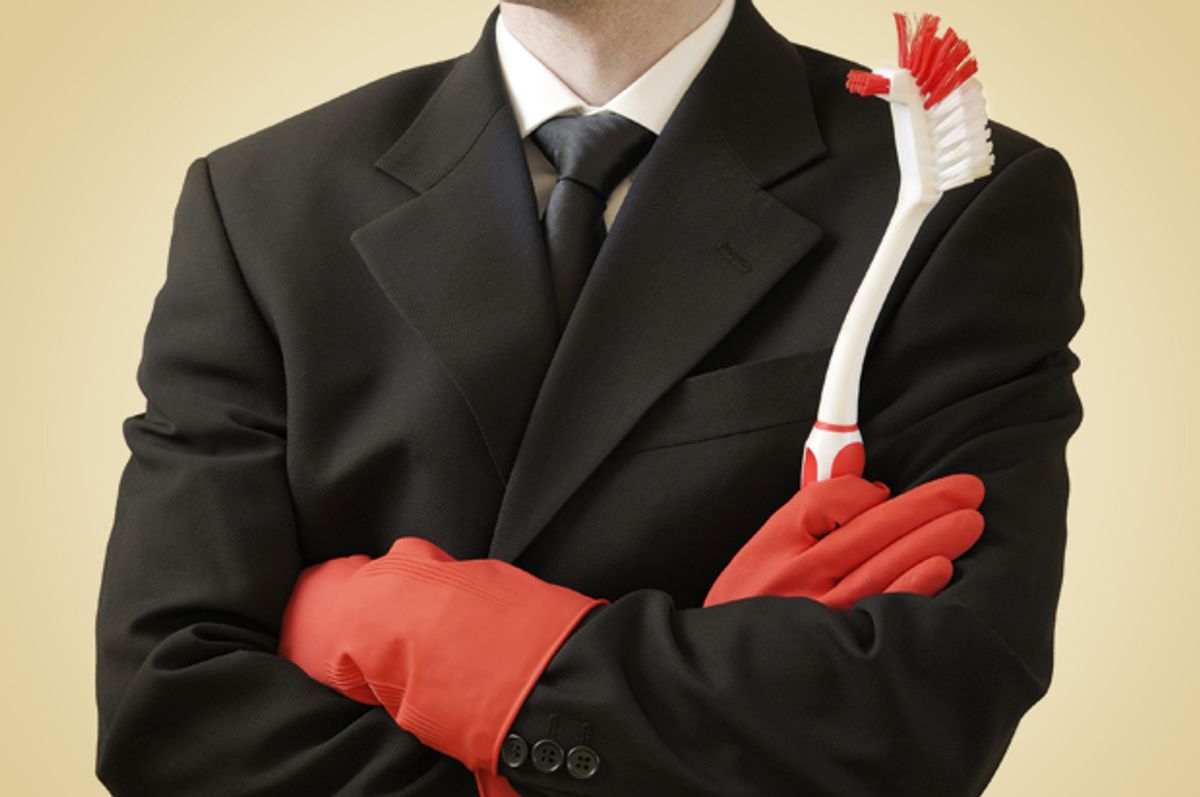 My husband will occasionally tell me a story -- about apologizing to someone who was in the wrong or a tense email exchange that he ended with a smiley face -- and wryly conclude, "That's how beta I am." Personally, I would prefer to call this "sensitivity, emotional intelligence, and peacemaking." But, sure, if we're to crudely categorize men as either alpha or beta, leaving zero room for nuance, and if we define kind, nurturing behaviors that cannot be categorized as stereotypically, defensively masculine as "beta," I suppose my husband is a beta. And thank goodness for that.

I thought of this recently because a new book, "The Alpha Woman Meets Her Match" by Sonya Rhodes, is making the media rounds with its highly clickable message: strong, career-driven women will be happiest with a "beta" male. As the book jacket reads, “Challenging gender stereotypes associated with the terms Alpha and Beta, [Rhodes] advises the Alpha woman to look past the overly competitive, domineering Alpha male for a man who is not threatened by her strengths but is communicative, responsible, and collaborative. Just as Alpha women aren't demanding bitches, Beta men aren't passive wimps.” My discomfort with these labels notwithstanding, I'd go a step further: So-called beta males are great, period.

Now, to be clear, I’m not talking about sad-sack, ineffectual, layabout “omegas,” a type that became popular in Hollywood in the wake of the recession, as Jessica Grose pointed out at the time in Slate. “The omega male is not experiencing the tired trope of the midlife crisis,” she wrote. “A midlife crisis implies agency, a man who has the job and the family and chooses to reject it. The omega male doesn't have the power to reject anything -- he's the one who has been brushed off. He's generally unemployed, and his romantic relationships are in shambles -- he's either single or, if he's married, not happy about it.”

I'm talking about men who lead with emotional intelligence, openness, sensitivity and understanding. Men whose masculinity and sexuality aren't threatened by equality with women. Men who make great fathers. Men who pick up the spatula from time to time. Men who know where the vacuum cleaner is. Men who are not repelled by talk about feelings. Men who do not need to pound their chests about every damn thing. Men who have even read a feminist text or contemplated their privilege. Men who aren’t defined by traditional expectations of their gender.

Having written publicly about my personal life as a feminist, I have occasionally attracted the ire of men’s rights activists. They have pontificated about my husband’s beta qualities -- namely that he must be a pussy to put up with my feminism or the fact that I’ve ever had partners before him. They’ve even proposed taking bets on how long before I cheat on him. In their minds, I am an alpha bitch (never mind that I took Rhodes’ quiz and ranked 52 percent “high beta”) who takes advantage of her poor beta man. Because, caveman times, evolutionary psychology -- or something. This is how insecure their “alpha” masculinity is.

The thing is, there is nothing less attractive than insecurity. The electric confidence that we typically associate with alpha-hood doesn’t come from such defensive posturing. The times I think “what a man” are ironically when my guy does something outside the stereotypical straight-male gender box. There was the time he teared up during "Frozen." The countless thoughtful conversations we've had about sex, love and relationships. The time he cited something from bell hooks and was scandalized that I hadn’t read it. Then there’s the story he only got around to telling me the other day about this one time he ended up camping out at "an activist trans farm in Tennessee” with some friends who self-identified as “Jewish dykes.” It’s moments like that when I get a little starry-eyed and think, “Where did this wonderful man come from?” Look no further than the Feminist Ryan Gosling meme for proof that straight women love confident, unrestricted masculinity.

My husband is the cook in our house. I do the grocery shopping and clean the dishes, but he’s the one who makes us better-than-restaurant meals. Perfectly cooked miso-glazed salmon with collard greens and mashed potatoes, homemade pasta with a vodka cream pan sauce, the best mac and cheese the world has ever known, a rustic pear galette with homemade ice cream. When we get the New York Times Magazine every Sunday, he flips straight to the recipe, and it's often what we'll have for dinner that night. He does this because he loves to cook. He takes genuine pride and joy in doing it, this “woman’s work." We often joke, but are actually quite serious, that he would make a much better housewife than me. I love him for these things. Not because it is "alpha" or "beta," but because it transcends any traditional notions of marital division of labor.

In so many ways, we expect too much of men: They are to be the unwavering provider and the protector. In so many other ways, we expect too little of them: They aren't good with emotions, they aren't nurturing and other such utter nonsense. When a man is both less and more than -- in other words, free from -- those expectations, some will call him “feminist," others will dub him "enlightened" and plenty will derisively toss out the word “beta." What we're really talking about here, though, is simple: partnership.