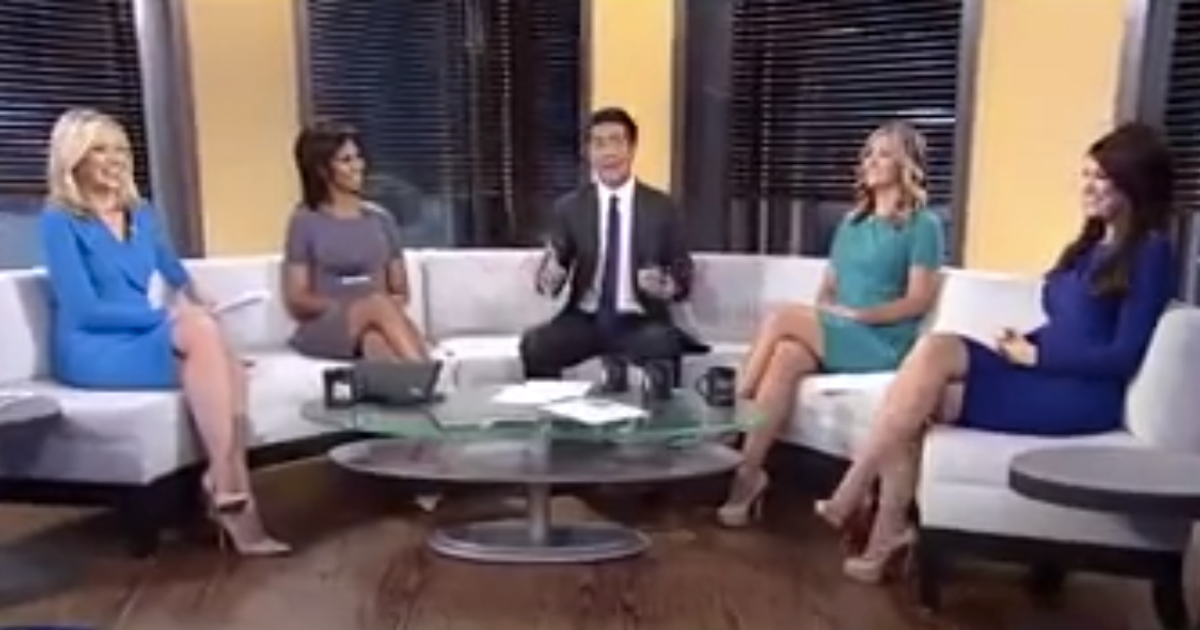 Today on Fox News, host Jesse Watters had some thoughts about Hillary Clinton's response to the Hobby Lobby decision. And in just several sentences let forth an outrageously offensive, racially tinged reply. Hillary Clinton is apparently going after the "Beyoncé voters." Here's his full rant:

"'Hillary Clinton needs the single ladies vote. I call them 'The Beyoncé Voters'—the single ladies. Obama won single ladies by 76% last time, and made up about a quarter of the electorate. They depend on government because they're not depending on their husbands. They need contraception, health care, and they love to talk about equal pay.'"

Watch, and cringe, below:

The whole gag-worthy rant is almost too much to take in -- especially the part where the four women framing him on the couch giggle at his insulting quip.

He's shaming single women for having sex out of wedlock. Specifically targeting "Beyoncé voters," which despite being a reference to her song "Single Ladies," is hard not to read as racially charged. Joan McCarter at Daily Kos called it "a not-so subtle slam on black single women."

And then he manages to drag in equal pay. Actually we'd rather not have to talk about equal pay; we'd rather just be paid equally. But until then, yeah, we are going to talk about how women only make 77 cents to the dollar that men make.

Then there's the issue of birth control, or shall we call it was it really is, a basic part of women's healthcare.

There is now a Supreme Court ruling allowing employers to have a say in women's healthcare decisions, based on religious beliefs. Or as my awesome colleague, Katie McDonough put it: "The issue is bosses shouldn’t be able to tell you how you can spend your paycheck, which is exactly what they’re doing when they mess with your employee health insurance, which is part of your compensation package."