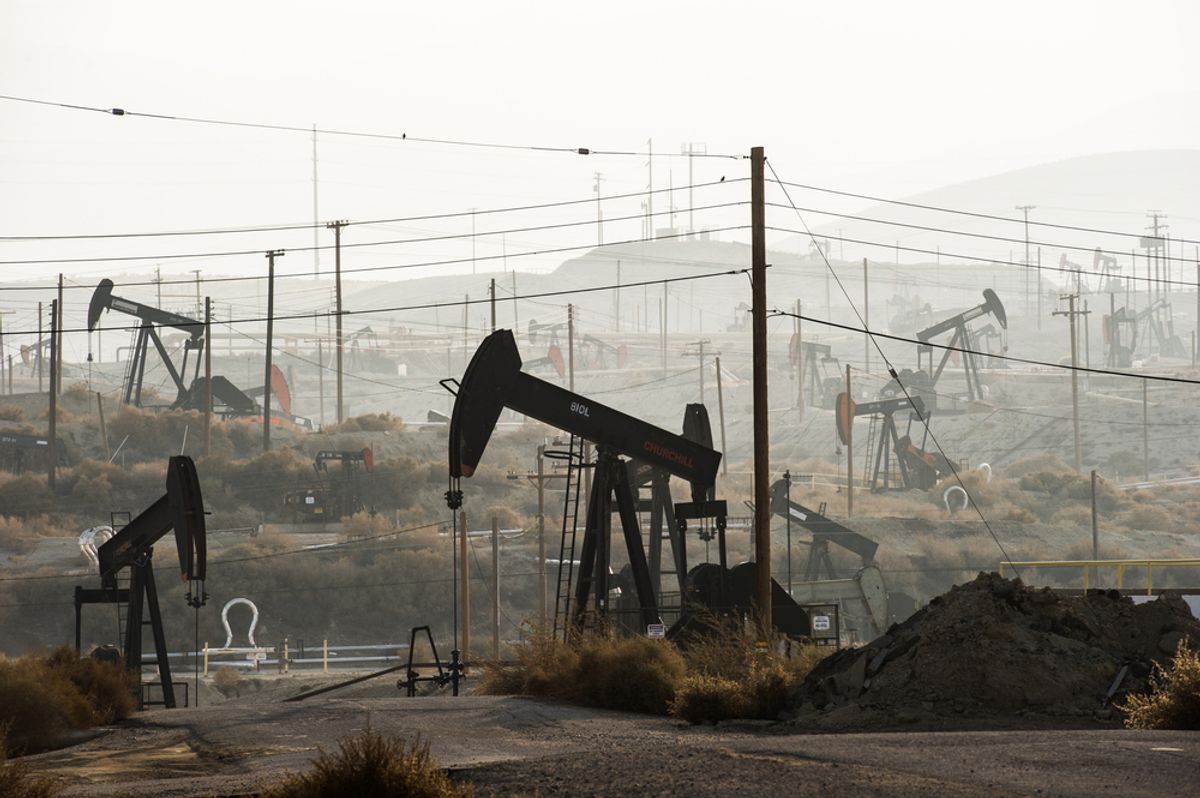 Fracking in Pennsylvania's natural gas-rich Marcellus shale has a major methane problem, a new study finds. Analyzing the data from more than 75,000 state inspections going back to 2000, a team of four researchers concluded that gas wells are leaking the chemical, a potent greenhouse gas with a long-term effect on global warming greater even than CO2's, at an alarming rate.

The research, published in the journal Proceedings of the National Academy of Sciences, was led by Cornell University's Anthony Ingraffea, a vocal opponent of fracking. The leaks, according to the study, might be due to problems in the wells' cement casings. Basically, explained Ingraffea, "Something is coming out of it that shouldn't, in a place that it shouldn't."

The crux of his findings, via the Associated Press:

Newer traditional wells drilled after 2009 had a leak rate of about 2 percent; the rate for unconventional wells was about 6 percent, the study found.

The leak rate reached as high as nearly 10 percent horizontally drilled wells for before and after 2009 in the northeastern part of the state, where drilling is hot and heavy.

Industry officials, believe it or not, take issue with Ingraffea's findings. So does Pennsylvania State University's Terry Engelder, a supporter of the Marcellus fracking boom. The AP characterizes Engelder as praising the study, but he told Climate Central that "he doesn’t have full confidence in Ingraffea’s conclusions."

Others, though, say the basic conclusions hold. “Hydraulically fractured shale wells appear to have more problems than conventional wells,” Duke University's Robert Jackson, who has conducted methane leakage studies of his own, told Climate Central. “If so, it’s probably because the wells are longer, must bend to go horizontal and take more water and pressure than in the past. The combination makes well integrity a challenge."

Agreed Ira Lefier, of University of California, Santa Barbara: "It clearly indicates that there is a problem with the production" of the wells.