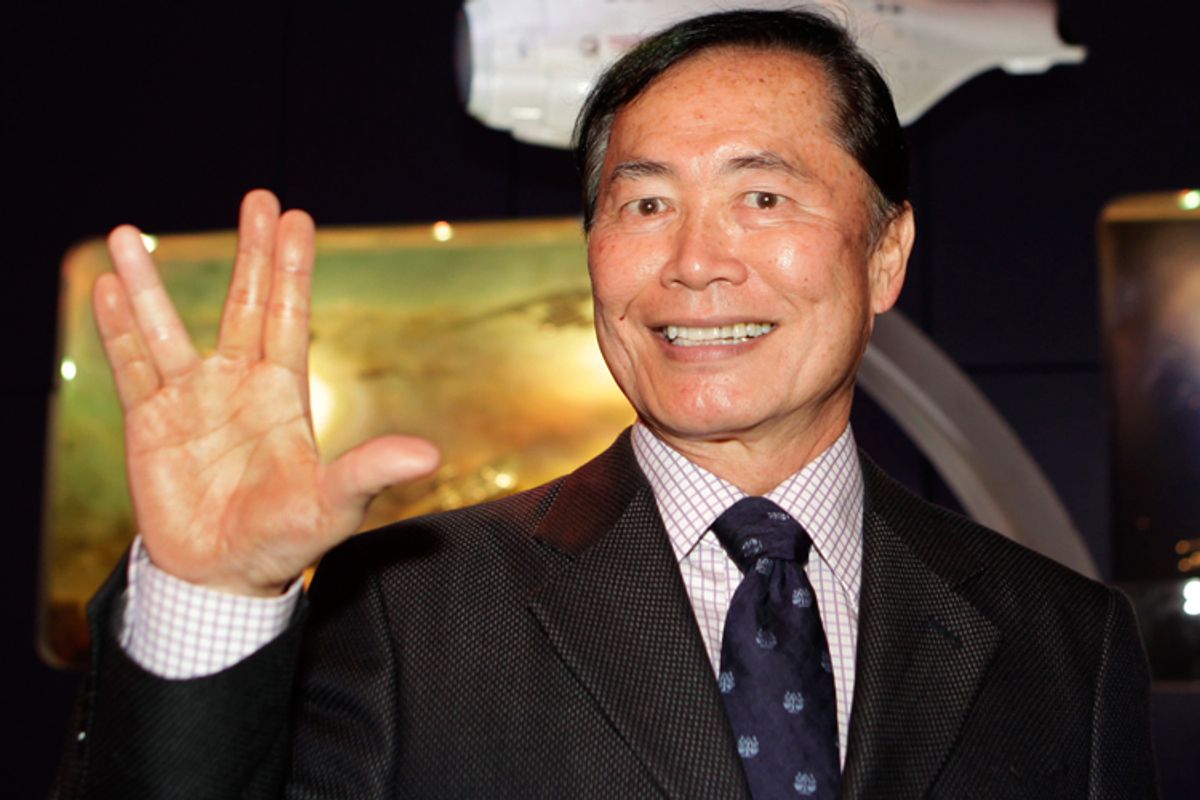 "Oh myyy," there's a trailer out for the upcoming George Takei documentary "To Be Takei." Takei, for the uninitiated, played Hikaru Sulu in the original "Star Trek" -- a character he has reprised many times over.

The actor has since become a Howard Stern regular, Internet sensation (with his Facebook page "Oh myyy," titled after his famed catch phrase of disputed origins), author and a prominent LGBTQ activist. Now he'll be the subject of a documentary, which according to the film's website, follows his life from "a WWII internment camp, to the helm of the starship Enterprise, to the daily news feeds of five million Facebook fans."

The documentary was directed by Jennifer M. Kroot and is currently screening throughout the country. It will debut in theaters on August 22, according to The Verge. Watch the trailer, released at the end of last week, below: