Tinder being sued by former executive for sexual harassment and discrimination

The lawsuit, brought forth by former marketing vice president, details harassment and being called a "whore" 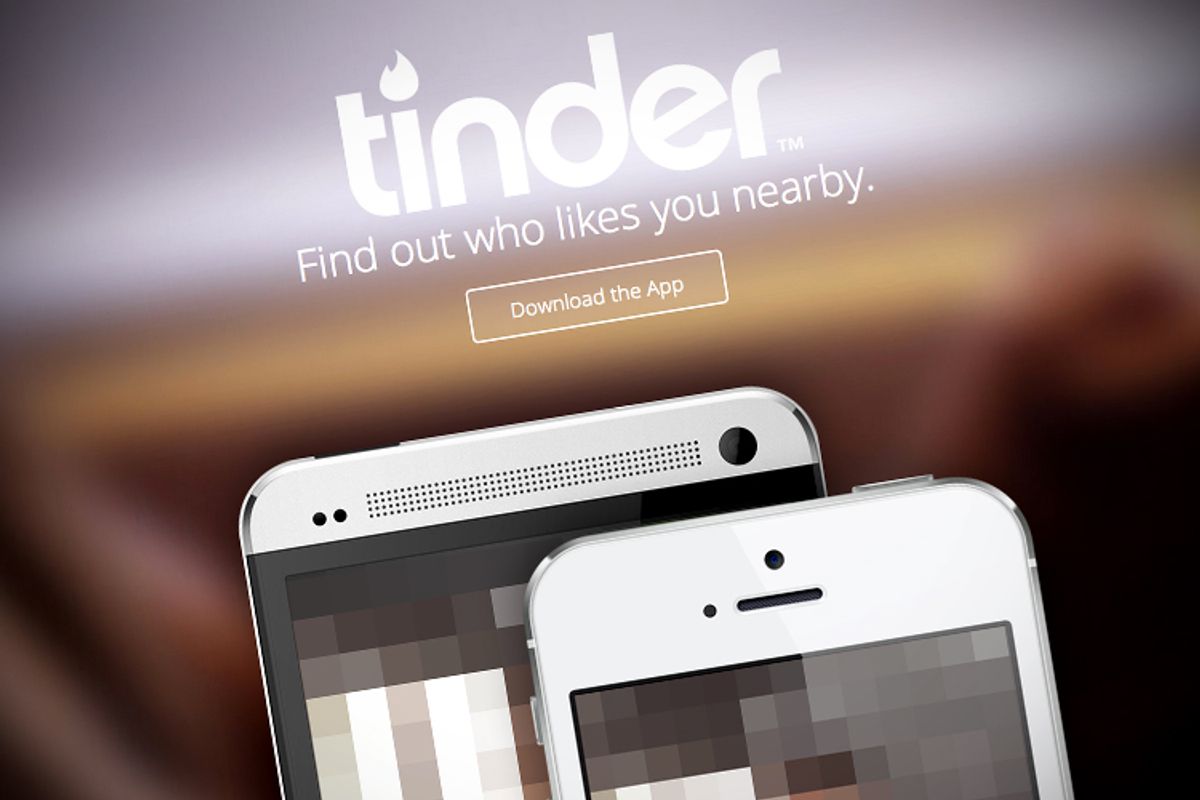 The popular dating/hookup app Tinder is being sued for sexual harassment and discrimination by former marketing vice president Whitney Wolfe.

This lawsuit is the latest example of the tech world's ugly -- often sexist -- underbelly. Earlier this year Julie Ann Horvath, a former developer at GitHub, spoke out about the harassment she experienced at the company, which eventually led her to leave.

This lawsuit, which was filed on Monday, according to Raw Story, details the sexual harassment and discrimination that Wolfe experienced during her 18-month tenure at the company, which began in late 2012. The complaint, according to BuzzFeed, is centered around CEO Sean Rad and co-founder and chief marketing officer Justin Mateen. The lawsuit alleges that Wolfe dealt with “horrendously sexist, racist, and otherwise inappropriate comments, emails and text messages,” during her time at Tinder. (The alleged emails and text messages can be viewed here at RezLaw.com.)

The allegations include that Rad and Mateen removed her title as co-founder because having a “girl founder” devalued the company, and that Wolfe was called a "whore" at a company party. The lawsuit also asserts that Wolfe came up with the name "Tinder," in order to differentiate the company's former name "Matchbox" from Match.com

Wolfe and Marteen, who became her boss in late 2012 when he joined the company, became romantically involved, according to Raw Story. The lawsuit claims that as the romance crumbled, Wolfe was subject to a series of harassing messages, and was called a "desperate loser" by Mateen in a marketing meeting. When she complained to Rad, the CEO, he allegedly called her "a dramatic or emotional girl.”

InterActiveCorps, which owns a large portion of Tinder and another dating site, Match.com, apparently suspended Mateen, and released the following statement:

“Immediately upon receipt of the allegations contained in Ms. Wolfe’s complaint, Mr. Mateen was suspended pending an ongoing internal investigation. Through that process, it has become clear that Mr. Mateen sent private messages to Ms. Wolfe containing inappropriate content. We unequivocally condemn these messages, but believe that Ms. Wolfe’s allegations with respect to Tinder and its management are unfounded.”

Thus far, Tinder and Match.com have not released statements of their own.

Tinder is an app, which based on location shows you a series of fellow users, whom you can swipe left or right to indicate interest. The Los Angeles-based company has been referred to as a "hookup" app.

Tech companies have often been cited for their not-female-friendly atmosphere, and prevalence of the "brogrammer" attitude. And recently disclosed diversity numbers reveal that at five major tech companies, the majority of workers are male.