The director of the National Right to Life came clean about abortion being safe. She still wants to make it illegal 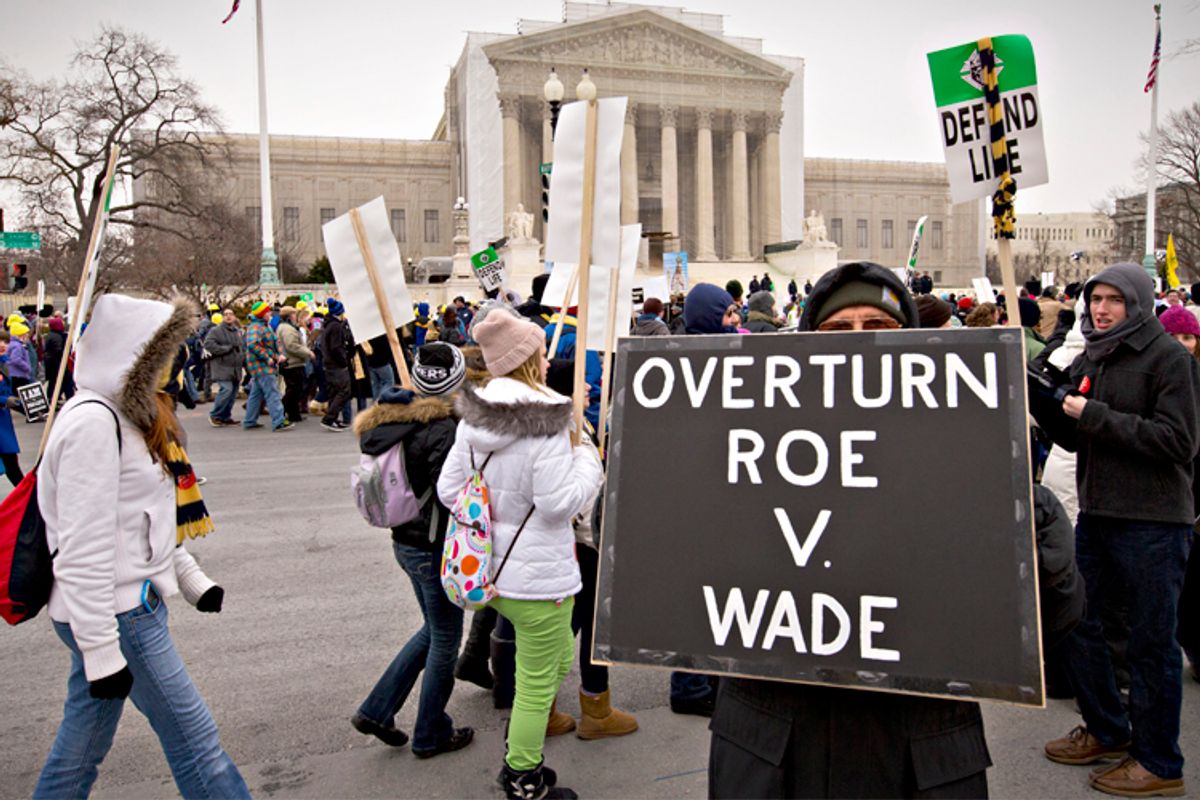 Something surprising happened over the weekend at the National Right to Life's annual conference: The director of the organization admitted that abortion is a safe medical procedure. Safer, she noted, than many other things -- including pregnancy.

As Sofia Resnick reported at RH Reality Check, Mary Spaulding Balch admitted during a strategy session that current data shows abortion is safer than giving birth or getting plastic surgery, which is why arguments about women's safety don't make any sense in a movement to criminalize abortion. “Who would ever say that we should ban liposuction because of the risk to the women?” Balch said during the session. “Who’s going to win that debate?

“If we were to argue, for instance, that abortion should be banned at, say, 20 weeks because late abortions are dangerous to the mother’s health, let’s look at the fact of abortion,” Balch continued. “You know that a mother’s risk of death by abortion after a particular time -- in this instance let’s say 20 weeks pregnant -- the risk to the mother’s life rises to .09 [for] every 1,000 abortions. But let’s compare the other risks of a woman’s health. We know, for instance, that if she was to get liposuction that there’s .19 deaths for every 1,000 procedures. If you look for facelifts, it’s .2 per 1,000 procedures. For C-sections, 1.98 per 1,000, versus vaginal deliveries, which are .63 per 1,000.”

Balch is obviously still on a mission to criminalize all abortion, but her position is that the anti-choice movement should make that argument by focusing on the so-called unborn, not false data about health complications. And there's something that is strangely refreshing about that. As I've argued before, the concept of women's safety has been mostly gutted of actual meaning by cynical politicians and judges. Texas and Mississippi are closing clinics at an alarming rate and denying women healthcare, but all in the name of "women's health." Last week, the Supreme Court ruled that 35 feet of shouting distance is more significant than women's right to access medical care without harassment, intimidation or violence. In this context, Balch's candor seems almost revolutionary.

Fetuses can't feel pain at 20 weeks. Fetuses can't "feel" at 20 weeks. Here's Dr. Anne Davis -- an actual doctor! -- explaining the science of fetal development. “We know a lot about embryology. The way that a fetus grows and develops hasn’t changed and never will,” Davis told Salon last year. “And what we know in terms of the brain and the nervous system in a fetus is that the part of the brain that perceives pain is not connected to the part of the body that receives pain signals until about 26 weeks from the last menstrual period, which is about 24 weeks from conception.

To call theories about fetal pain on the medical fringe is kind of generous. The limited research used to support such claims has been refuted -- repeatedly -- as pseudoscience by the Journal of the American Medical Association, the British Royal College of Obstetricians and Gynecologists, Harvard University and the University College London.

If Balch is sincerely interested in using good data to support her claims, she should drop the fetal pain talking point. As Davis told Salon, "You can have an opinion about [fetal pain], but it doesn’t change the information.”