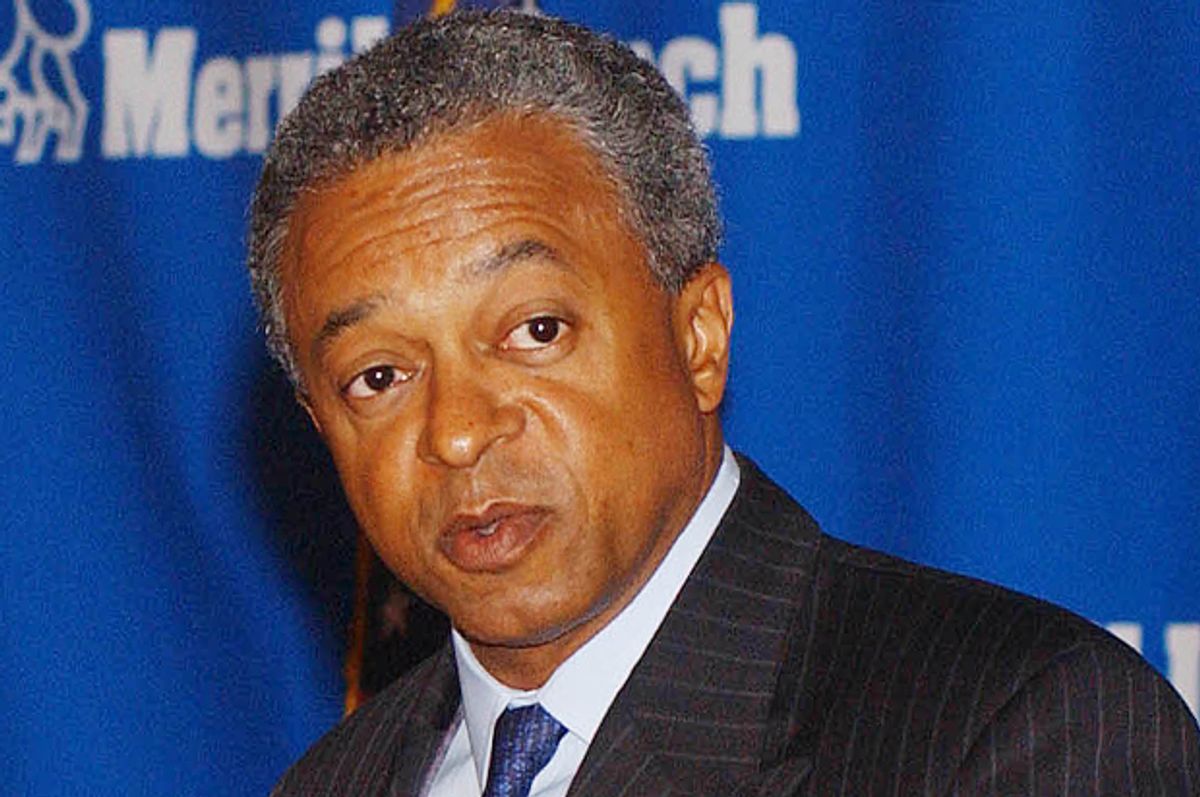 THIS STORY HAS BEEN UPDATED.

That didn't take long. In May, when the European Court of Justice ruled that Google must respect the “right to be forgotten” and remove links to information that individuals might consider personally embarrassing, I wrote about the obvious potential for a dangerous mess.

If Google is given the responsibility for judging whether a 16-year-old home auction notice in the newspaper should disappear from its search results, what’s Google’s approach going to be when businesses demand that critical news reports or bad reviews need to be excised? How does Google decide who is a public figure and who isn’t? The potential for conflicts of interest is infinite.

And sure enough, just a month and a half later, we have a report from BBC News economics editor Robert Peston alerting us to a recently received "notification" from Google pertaining to a seven-year-old post by Peston.

Notice of removal from Google Search: we regret to inform you that we are no longer able to show the following pages from your website in response to certain searches on European versions of Google.

According to Peston, the removal is a result of the Court of Justice's ruling (which only applies in Europe -- searches from the U.S. are unchanged).

Well it has responded to someone exercising his or her new "right to be forgotten", following a ruling in May by the European Court of Justice that Google must delete "inadequate, irrelevant or no longer relevant" data from its results when a member of the public requests it.

Peston says that the post in question, "Merrill's Mess," names only one person, Stan O'Neal, the former CEO of Merrill Lynch, who was ousted in 2007 after the revelation that the investment bank had suffered huge losses from subprime derivatives trading. The implication being that O'Neal, or his lawyers, are taking advantage of the "right to be forgotten" law to scrub Google's search results of any links to stories that might be critical of him.

So there have been some interesting developments in my encounter with the EU's "Right to be Forgotten" rules. It is now almost certain that the request for oblivion has come from someone who left a comment about the story. So only Google searches including his or her name are now impossible.Which means you can still find the article if you put in the name of Merrill's ousted boss, "Stan O'Neal".

In other words, what Google has done is not quite the assault on public-interest journalism that it might have seemed.

The odd part about this story is that a close reading of Peston's original post doesn't reveal anything particularly damning re O'Neal. The first paragraph is about the worst it gets:

All weekend, wave after wave of schadenfreude has been crashing on the head of Stan O’Neal, the chairman of Merrill Lynch. After Merrill announced those colossal losses on inventories of sub-prime loans reprocessed into noxious collateralised debt obligations, O’Neal could not survive.

It was certainly not the intent of the European Court of Justice that public figures like Stan O'Neal would be able to modify Google's search results so that posts that hurt their feelings disappeared. And one has to wonder, if O'Neal requested that this particular post be removed, what else has he sought to erase? As I wrote in May, it's extremely problematic for Google to be the party deciding what information is in the public interest and what isn't. The default response of the "army of paralegals" the company has hired to deal with the wave of requests precipitated by the ruling will just be to remove things. And of course, powerful and wealthy people will abuse this logistical bottleneck.

Most people would argue that it is highly relevant for the track record, good or bad, of a business leader to remain on the public record - especially someone widely seen as having played an important role in the worst financial crisis in living memory (Merrill went to the brink of collapse the following year, and was rescued by Bank of America).

UPDATE: Peston's new revelations obviously undermine the initial headline and argument of this post. The potential for abuse of "the right to be forgotten" law still remains, but so far, there is no evidence that former Wall Street CEOs are trying to scrub their past. I apologize for the confusion.