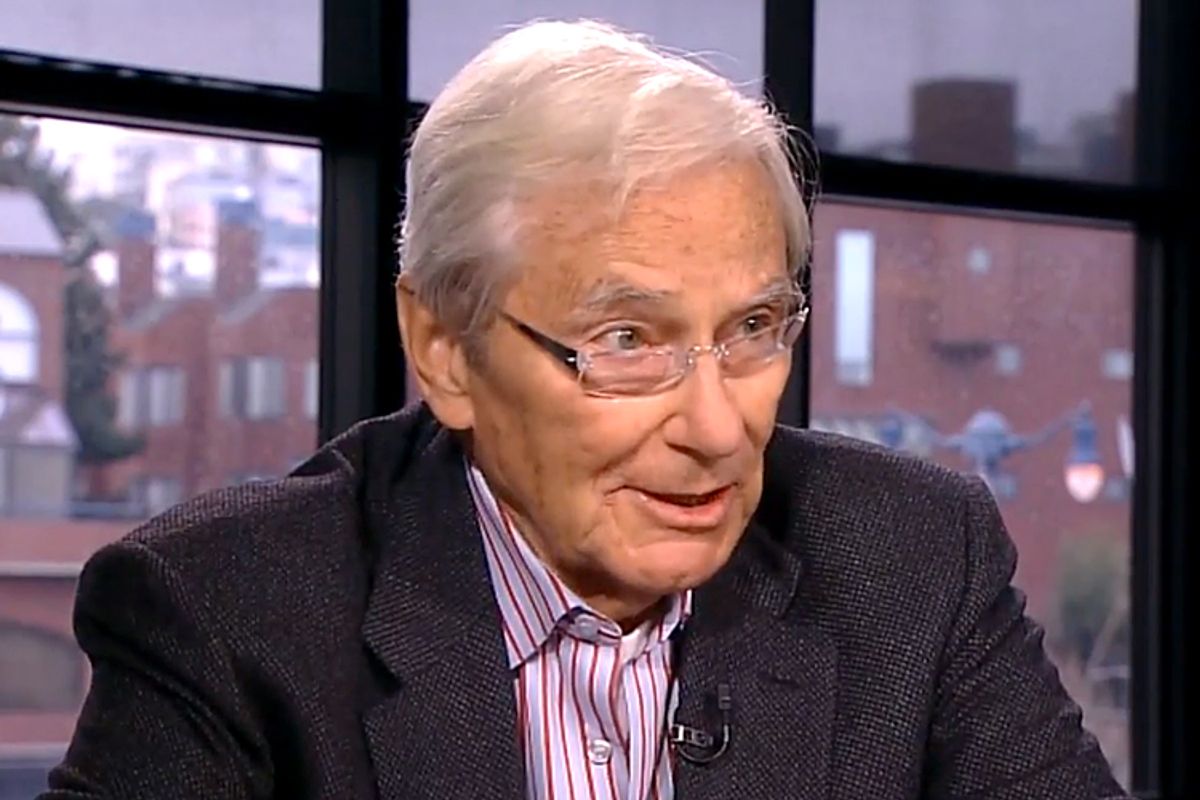 Tensions between the wealthy tone-deaf tech world and folks being priced out of San Francisco have been mounting -- protests, evictions, Google glass altercations -- and they're the subject of a feature in this week's New Yorker.

In it writer Nathan Heller interviews a man who has spouted infamous and offensive opinions about these issues: venture capitalist Tom Perkins.

Perkins, as you may recall, wrote a letter to the editor published in the Wall Street Journal, saying this:

"Writing from the epicenter of progressive thought, San Francisco, I would call attention to the parallels of fascist Nazi Germany to its war on its "one percent," namely its Jews, to the progressive war on the American one percent, namely the "rich."

"From the Occupy movement to the demonization of the rich embedded in virtually every word of our local newspaper, the San Francisco Chronicle, I perceive a rising tide of hatred of the successful one percent. There is outraged public reaction to the Google buses carrying technology workers from the city to the peninsula high-tech companies which employ them. We have outrage over the rising real-estate prices which these "techno geeks" can pay. We have, for example, libelous and cruel attacks in the Chronicle on our number-one celebrity, the author Danielle Steel, alleging that she is a "snob" despite the millions she has spent on our city's homeless and mentally ill over the past decades.

"This is a very dangerous drift in our American thinking. Kristallnacht was unthinkable in 1930; is its descendent "progressive" radicalism unthinkable now?"

In the New Yorker piece, titled "California Screaming," Perkins seems to have changed his tune a bit. He reminisced about the artists, the Beats, the jazz, the spirit, and yes, the whorehouses of the Silicon Valley he first knew. Here it is below via ValleyWag:

"Perkins considers Ron Conway a friend, and admires the pro-business policies that Conway and Sf.Citi have pushed through [in San Francisco]. He also admires the country of Australia, which he believes approaches the free-wheeling, entrepreneurial bliss of Northern California at the time he arrived, in 1957. 'I was twenty-two, twenty-three,' he explained. 'I lived in Sausalito, which back then had a functioning whorehouse—one of the last ones in the Bay Area. It was a loose town where anything went, and I loved it. San Francisco was that way. It was artistic, outrageous. The gays had a lot to do with that.' Perkins had brought his forehead to rest on his fingertips and closed his eyes, smiling. 'I knew writers and artists. North Beach. The Beats. The jazz. It's still a great city, but I think it was better then.'"

While it's still not a full admission of understanding why people are so outraged by the rising inequality in the city, he does seem to miss some of the aspects that protesters are trying to keep from disappearing in a city known for its beautiful counterculture. ValleyWag points out that both Perkins and the protesters see the importance of "artists, musicians, and, yes, sex workers" that the tech world is pricing out of the city.

Though he may long for days gone by, Perkins doesn't think the culture can be saved. (Thus, revealing his bias: He may love the olden days, but still he makes his massive earnings from the tech world):

"I asked Perkins whether he saw a way to preserve communities of writers and artists in town. He sighed and thought for several long moments. 'I don't see how,' he said at last."