CDC to sleepy drivers: Hit the hay, not the road 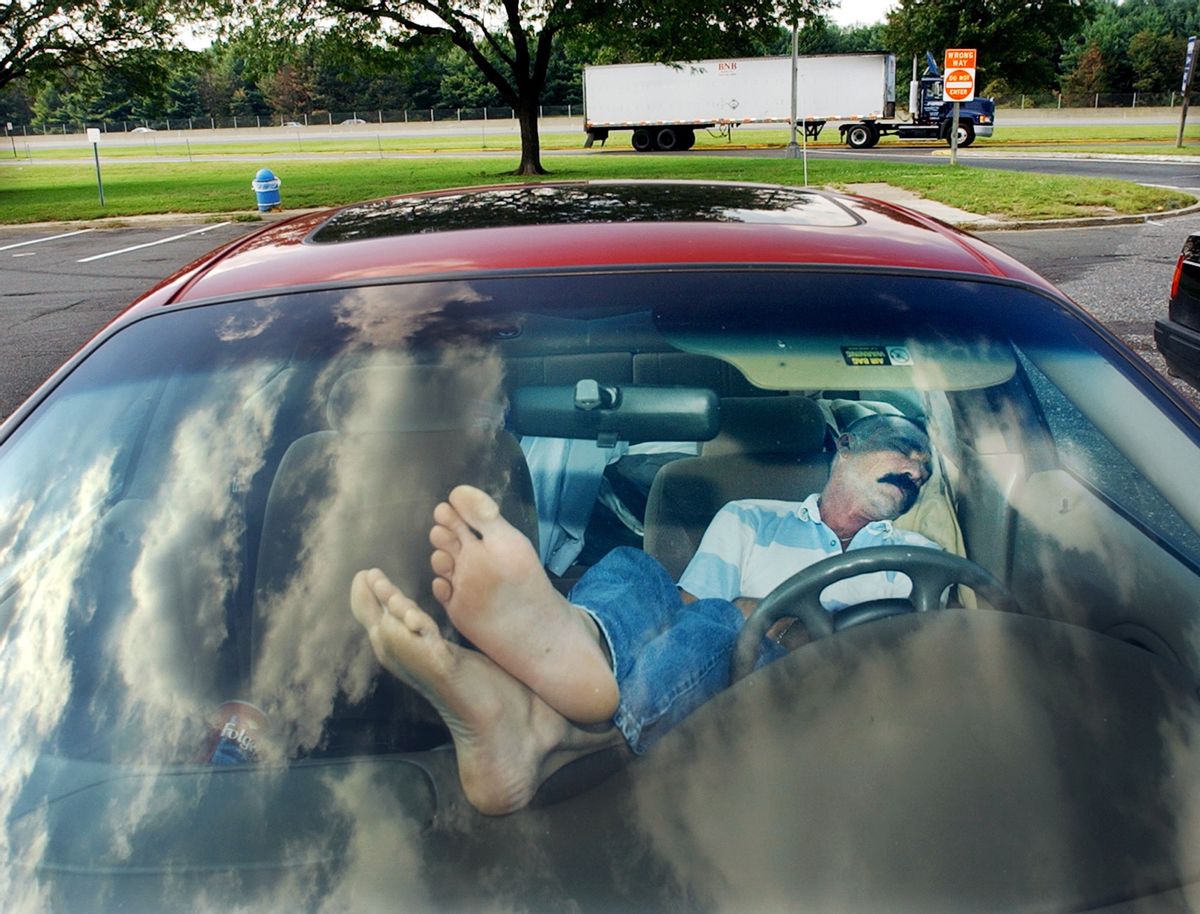 FILE - In this Sept. 25, 2003 file photo, an unidentified man rests his feet on the dashboard as he takes nap at a New Jersey Turnpike rest stop in Mount Laurel, N.J. The Centers for Disease Control and Prevention released its latest drowsy driving report on Thursday, July 3, 2014. According to a new survey, about 1 in 25 adults say they recently fell asleep while driving. (AP Photo/Daniel Hulshizer, File) (AP)
--

NEW YORK (AP) — Many millions of U.S. drivers are expected to hit the highways over the holiday weekend — and some of them may be nodding off behind the wheel.

According to a government survey released Thursday, about 1 in 25 adults say they recently fell asleep while driving.

The government estimates about 3 percent of fatal traffic crashes involve drowsy drivers, but other estimates have put the number as high as one-third.

The Centers for Disease Control and Prevention released its latest drowsy driving report on Thursday, along with these tips on how to stay awake:

—Get enough sleep the night before.

—Avoid alcohol and other sedatives before driving.

—Break up the drive with naps, coffee breaks or a change of drivers.

—Avoid driving late at night or very early in the morning, when your body is telling you that you should still be in bed.

—If you notice yourself beginning to doze, pull over immediately.

An estimated 41 million Americans are expected to travel at least 50 miles or more this Independence Day weekend — up 2 percent from last year, according to auto club AAA. About 85 percent will be traveling by car.