New analyses suggest that when guns are plentiful, they tend to get used 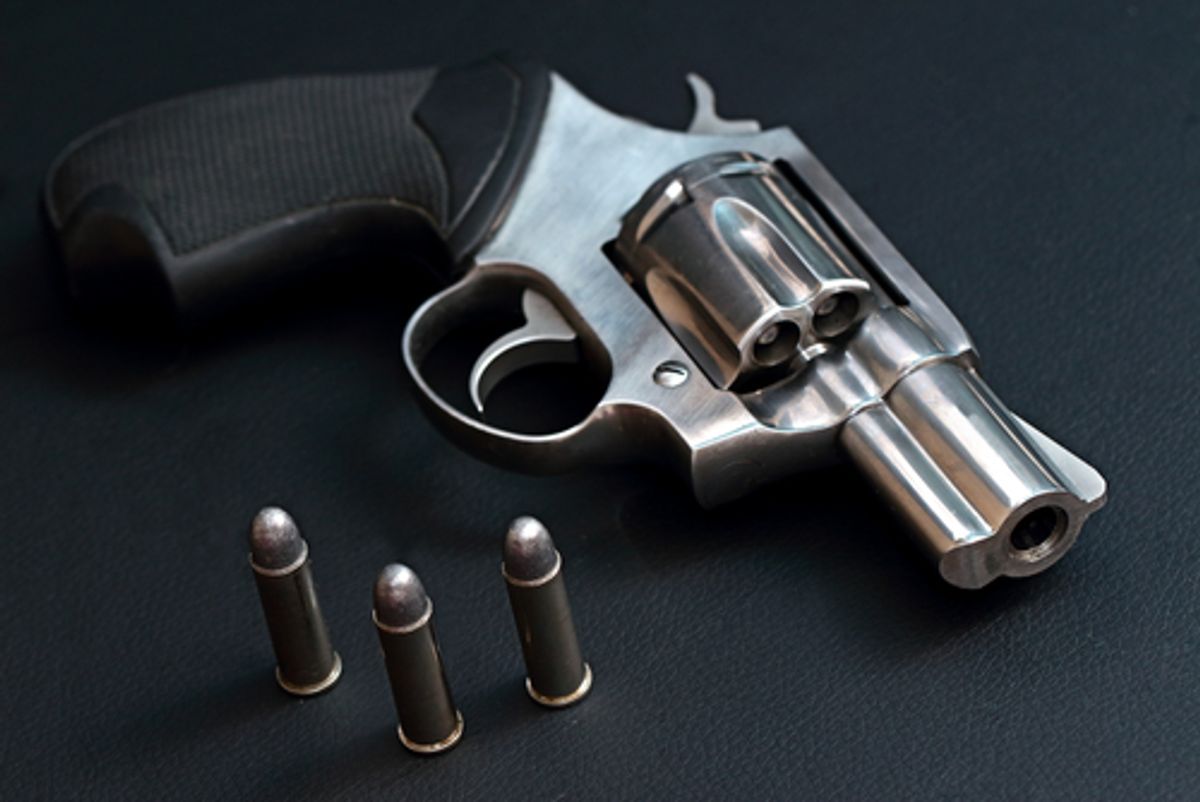 In what states are guns most likely, and least likely, to kill people? Every day in America, nearly 90 people are killed by guns, a total of roughly 32,000 annually, according to federal gun violence statistics.

But blue states are far safer than red states, according new analyses of the most recent data. That’s because states with the most gun controls, which are almost all blue, tend to have fewer gun owners and fewer guns used in suicides, crime and domestic disputes.

Nearly two-thirds of all gun deaths are suicides. There, states with the highest gun ownership rates and loosest laws have the highest percentages of deaths this way. Otherwise, poverty is a major factor, correlating with gun violence.

“The five states with the highest per capita gun death rates in 2011 were Louisiana, Mississippi, Alaska, Wyoming, and Montana,” the Violence Policy Center (VPC) said in its latest analysis of federal statistics. “Each of these states has extremely lax gun violence prevention laws as well as a higher rate of gun ownership. The state with the lowest gun death rate in the nation was Rhode Island, followed by Hawaii, Massachusetts, New York, and New Jersey. Each of these states has strong gun violence prevention laws and has a lower rate of gun ownership.”

“The overwhelming trend is that the strong gun law states have seen dramatic declines in violence,” John Roman, a senior fellow at the Urban Institute, told 247wallst.com, which also reported on states with the most gun violence. “Weak gun law states have not seen the same decline.”

What states have the most gun-related death?

1. Louisiana. According to the Violence Policy Center, 45.6 percent of homes have a gun. The state had almost 19 gun-related deaths per 100,000 residents in 2011, the most in the nation. It had the country’s highest murder rate, and its gun suicide rate also was higher than the national average. “Louisiana residents also struggle with high poverty rates and poor educational attainment,” 247wallstreet.com said, noting it was the third poorest state with almost 20 percent of residents below the official poverty line. “Like other states on this list, Louisiana’s gun laws do not require residents to have a pernit before purchasing a handgun.”

2. Mississippi.According to VPC, 54.3 percent of homes have a gun. Mississippi also has the nation’s highest poverty rate, 24.4 percent in 2012, and the second highest murder rate, according to 247wallstreet.com. “The state’s suicide rate was also quite high,” its analysis said, “and it trailed behind most states in other factors such as access to basic necessities, health care, and household income.”

3. Alaska. Unlike the deep South, poverty is not an obvious factor. Alaska has some of the “highest educational attainment rates and median household incomes,” 247wallst.com said. But easy access to guns means that guns are used more often. Alaska has the second highest rate of violent crimes of any state, second only to Tennessee. And it has the country's third highest rate of gun suicides. As VPC noted, 60.6 percent of Alaskan homes have guns.

4. Wyoming. No state is immune to gun violence, but Wyoming’s fourth ranking comes in part because the population is so small—as the least populous state. Still, VPC notes that 62.8 percent of homes have guns. That proximity to guns resulted in the second-highest gun suicide rate; only nearby Montana has a higher gun suicide rate. Otherwise, violent crime is well below the national average, 247wallstreet.com found. “There were just 219.3 violent crimes per 100,000 residents in 2011,” it said, compared to 386 nationwide.

5. Montana. Crime statistics tell much the same story as its neighbor, Wyoming. Montana has one of the lowest murder rates in the country, but it has the country’s highest suicide rate. As a rural western state, it’s not surprising that 61.4 percent of homes have guns,  VPC reported. “Montana’s high suicide rate may be due in part to extremely low population density,” 247wallst.com said. “According to the American Psychological Association, suicide rates tend to be higher in rural areas for a variety of factors, including ‘greater access to firearms, high rates of drug and alcohol use, and few health-care providers and emergency medical facilities.'”

And The Safest Gun Violence States?

The states that had the lowest levels of gun-related killings were in the Northeast and Midwest. According to VPC’s analysis, the 10 safest states were: Rhode Island, Hawaii, Massachusetts, New York, New Jersey, Connecticut, New Hampshire, Iowa, Minnesota and Wisconsin. But even those states had unacceptable levels of gun violence, VPC said, noting that the United States was far more violent than most Western industrialized nations.