How to win July 4th: Salon's holiday guide to arguing with right-wing relatives

Your right-wing Uncle Dingo is back for the July 4 BBQ and he's heard some crazy things. Here's how to stop him 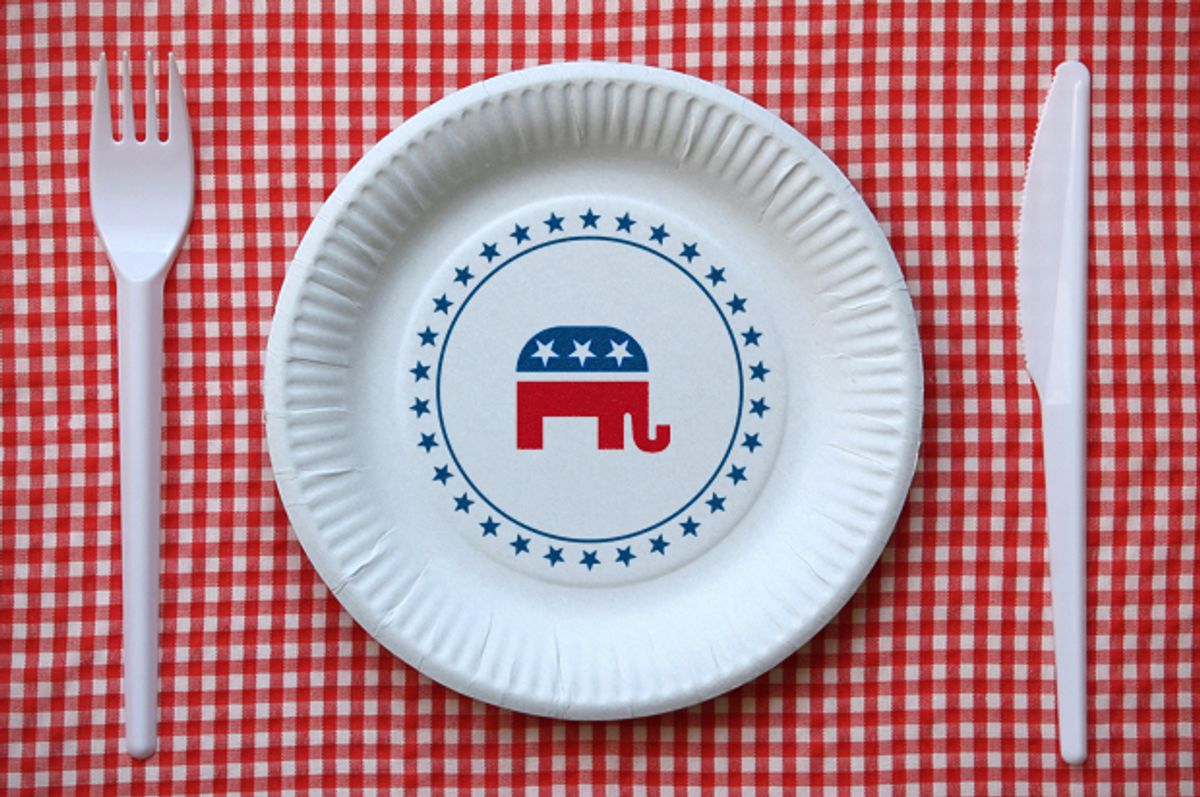 On this day, July 4, we celebrate Randy Quaid and Bill Pullman defeating a hostile alien space force through kamikaze tactics, after deployment of a nuclear bomb over the skies of Houston failed. This was only 18 years ago, and the cowardly aliens haven't returned -- yet.

To honor this selfless resistance against tyranny, Americans celebrate by eating hot dogs and hamburgers and drinking beer and watching fireworks. This is done outside in unbearable temperatures. Indeed, the most difficult question before heading to any Fourth of July barbecue is typically, Do I wear a black shirt because it will disguise my disgusting sweat, even though it will attract more heat and thereby make me sweat more, or do I just "go for it" and wear a light tee? Do I bring a back-up? Salon has no answer for you on this, reader.

What we can do is prepare you for the inevitable moment. You're at your barbecue with family, have already sweated through a periwinkle v-neck tee after about half an hour, when suddenly The Beast pulls up: a 2001 Ford F-100050 truck with the all-too-recognizable curvaceous silhouettes on the mudflaps. He lowers the 20-rung ladder he needs to exit the cab and is wearing the same faded cut-off Buffett: Myrtle Beach '89 shirt he was sporting on Memorial Day. Uncle Dingo's here.

You love your Uncle Dingo but you're not quite sure you're ready to "deal with it all" again. Especially since he's got... an AR-15 rifle strapped across his shoulder? What's going on? Dingo had RSVPed "no" on the Evite, after all -- said he had "other plans -- big plans" in the comments. Big plans. What were they? He explains that he and some buddies were going to decamp at a Chipotle with their long guns, but the burrito chain asked them to leave.

"Are these the freedoms Bill Pullman fought all those aliens for?" he asks incredulously, shaking his head.

He grabs a sackful of burgers from the grill and sits down next to you and says, "So how about that Major League Base... aww screw it, let's cut to the chase, I'm just a prop character and will now say some weird things about politics to you."

Yes. What about it?

The Constitution. Obama's ignoring it.

Oh, gotcha. President Obama has limited power to change American immigration policy. But, since the Speaker John Boehner and the House of Representatives have decided to ignore fixing the system for the indefinite future, Obama has announced that he is "beginning a new effort to fix as much of our immigration system as I can on my own, without Congress."

Obama has asked the Department of Homeland Security to consider the legal options available to the executive branch to make the deportation system more "humane." Legal experts believe the administration has "prosecutorial discretion" to slow down or delay the deportation of certain undocumented immigrants -- as it did a couple of years ago, for those who came to the U.S. as children -- but not to provide any sort of path to citizenship for them. That might mean that DHS could shift resources away from "low-priority" deportations or from those that would break up families.

These are meaningful, if ultimately minor, changes. The lack of congressional action on our immigration system means that, for as far as anyone can tell, there will be no permanent fixes for our various classes of immigration visas, border security or, yes, what to do with those who are already here illegally.

Well what about Hillary? Word is she can't run for president because she hasn't sold enough books.

Hillary Clinton's book sales are not as strong as her publishers had hoped. (This is may be related to the consensus opinion that it's a bad book.) Since Clinton's memoir "Hard Choices" entered strongly on bestseller lists, its sales have plummeted sharply: by 46% over the past week, and by 44% over the week before that.

You can't blame people for not wanting to read a politician hedging at book-length. But declining book sales do not suggest that Hillary Clinton has no shot at becoming president. She is still the greatest frontrunner for a party's nomination in modern presidential history, and outpaces all prospective general election rivals. She could still blow it (or choose not to run). That could definitely happen! But headlines like "Hillary Innevitable? Fading Book Sales Say No" or "Hillary down in the dumps: Is Clinton about to drop out of 2016 race?" (that latter one featuring a hilarious made-up conversation between Bill and Hillary Clinton) are somewhat hysterical.

There was relatively high black turnout in the June 24 Mississippi GOP Senate runoff. This is because Sen. Thad Cochran, in a rare move for a Republican, bothered to court the votes of African-Americans, and it worked. His opponent Chris McDaniel doesn't believe that this could have been legal and is still considering a court challenge.

Is that asshole Dick Cheney back on TV? I hate Dick Cheney over the Iraq War because there is now broad consensus among left, right and center that it was a stupid idea sold on lies.