I hate the Fourth of July

The Fourth once reminded us to ensure that all men are created equal. Here's what it's become now 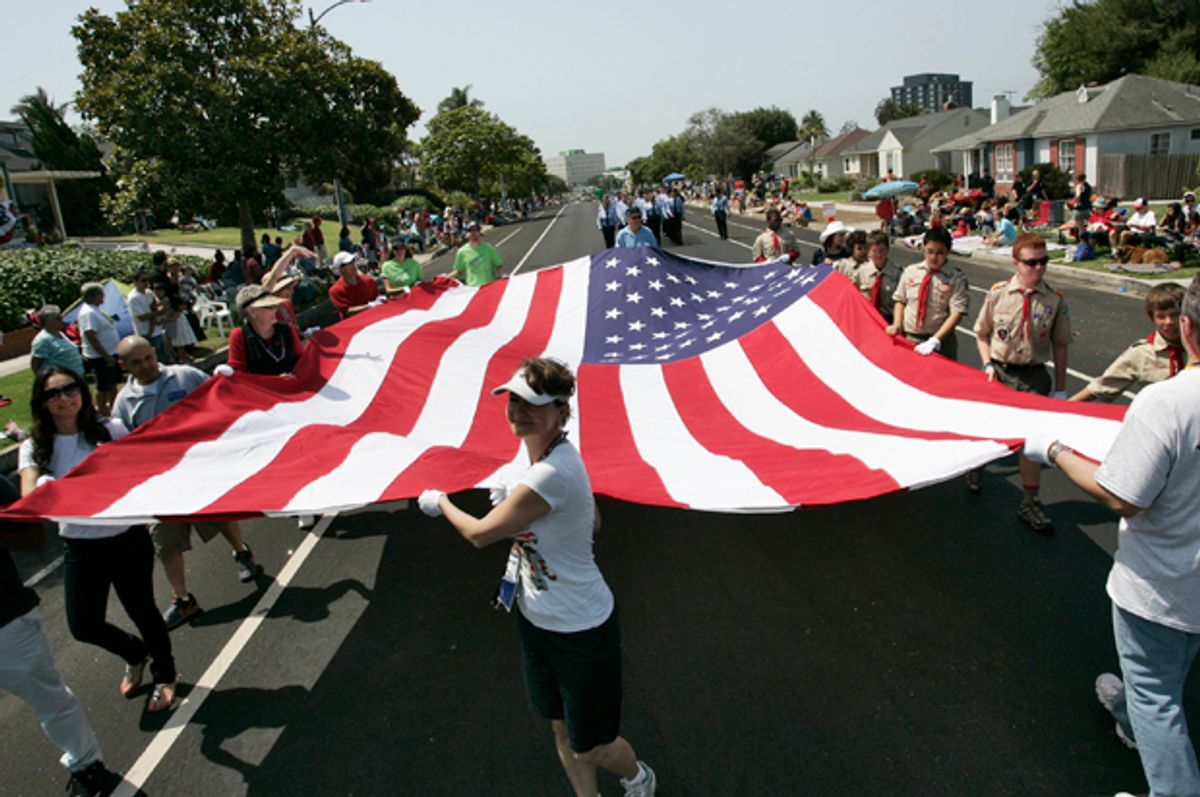 I have a confession to make, my fellow Americans. I love my country, but I really don’t like the Fourth of July.

Sure, I enjoy beer, hot dogs and fireworks as much as the next guy. But a holiday that used to commemorate our ongoing quest for freedom has become a banal exercise in gluttony and self-congratulation. For the first half of our history, July 4 called us to fulfill our national destiny. Now, for the most part, it calls us to dinner.

Remember, our country was founded on a radical premise: that all men are created equal. In the 1800s, then, the Fourth of July wasn’t just a day to celebrate “liberty.” It was also a time to demand it.

Start with black Americans, who used the occasion to underscore the contradiction between the country’s principles and practices. “What, to the American slave, is your Fourth of July?” asked abolitionist Frederick Douglass, in his famous address in Rochester, New York, on July 4, 1852. “I answer: a day that reveals to him, more than all other days in the year, the gross injustice and cruelty to which he is the constant victim.”

To slaves, Douglass continued, “your celebration is a sham; your boasted liberty an unholy license; your national greatness swelling vanity; your sounds of rejoicing are empty and heartless; your denunciation of tyrants brass-fronted impudence; your shouts of liberty and equality hollow mockery.”

Two years later, a Mahican Indian chose another Empire State location for his own Fourth of July speech. “While rejoicings to-day are commemorative of the free birth of the giant nation,” John Wannuaucon Quinney told an audience in Reidsville, New York, “they simply convey to my mind, the recollection of a transfer of the miserable weakness and dependence of my race from one great power to another.”

Likewise, Susan B. Anthony and other feminist pioneers marked the Fourth of July with rallies for their own rights. So did the country’s burgeoning class of factory workers. Textile laborers in New England called for a general strike on July 4, 1846, which they labeled “a second Independence Day.”

A half-century later, when federal troops broke the Pullman railroad strike, labor leaders in San Francisco refused to participate in the city’s official July 4 celebrations. “The Glorious Fourth! Hurrah! Fire off your guns and crackers,” a longshoreman’s magazine wrote, in a satirical vein. “Toot your horns, wave your flags, yell ... What about the strike on the railroads? Hush! That’s anarchy.”

By the early 1900s, much of July 4’s political edge had been blunted. Especially for immigrants, who were eager to establish their American bona fides, it was a lot easier to set off firecrackers than to make political noise. But fireworks were dangerous, too, in a different way. Between 1903 and 1908, 1,300 Americans died in injuries from holiday firecrackers, bombs and guns. Indeed, one medical journal reported that more Americans were killed or injured on July 4 of 1909 than at the Battle of Bunker Hill, during the Revolution itself.

These developments spawned the “Safe and Sane Fourth of July” movement, which pressed for restrictions on fireworks sales. It also promoted municipal fireworks displays and other kinds of official celebrations, including parades and sporting competitions.

But thousands of Americans are still burned or maimed by fireworks during the month surrounding the Fourth of July, which accounts for over half of the country’s annual fireworks-related injuries.  In response, the U.S. Consumer Product Safety Commission has conducted an admirable public information campaign to raise awareness about these dangers. But I also worry that fireworks and other holiday rituals have blinded us to the political meaning of July 4, which should be a time for reflection as well as for revelry.

Consider that 42 percent of American men born into the bottom fifth of incomes stay there as adults, and that just 8 percent of them rise to the top fifth. Or that only 9 percent of children in our bottom quartile get a college education, while 80 percent of those in the top quartile do.

Yes, we’ve made strides in racial and gender equality. But in class terms, our society has grown steadily less equal since the 1970s. How can a country dedicated to the principles of the Declaration of Independence abide by that?

In an 1854 Fourth of July address, abolitionist Wendell Phillips noted that the Founding Fathers had declared independence for some Americans, but not for others. “It becomes us to take one step further than they dared to take,” Phillips wrote.

He was right. So this Friday, as we eat and drink and make merry, let's also resolve to make our country a more just, fair and equitable place. That would revive our best Fourth of July tradition: the one that doesn't boast or brag, but reminds us how much further we have to go.