John Waters: "I like writing books just as much as making movies" 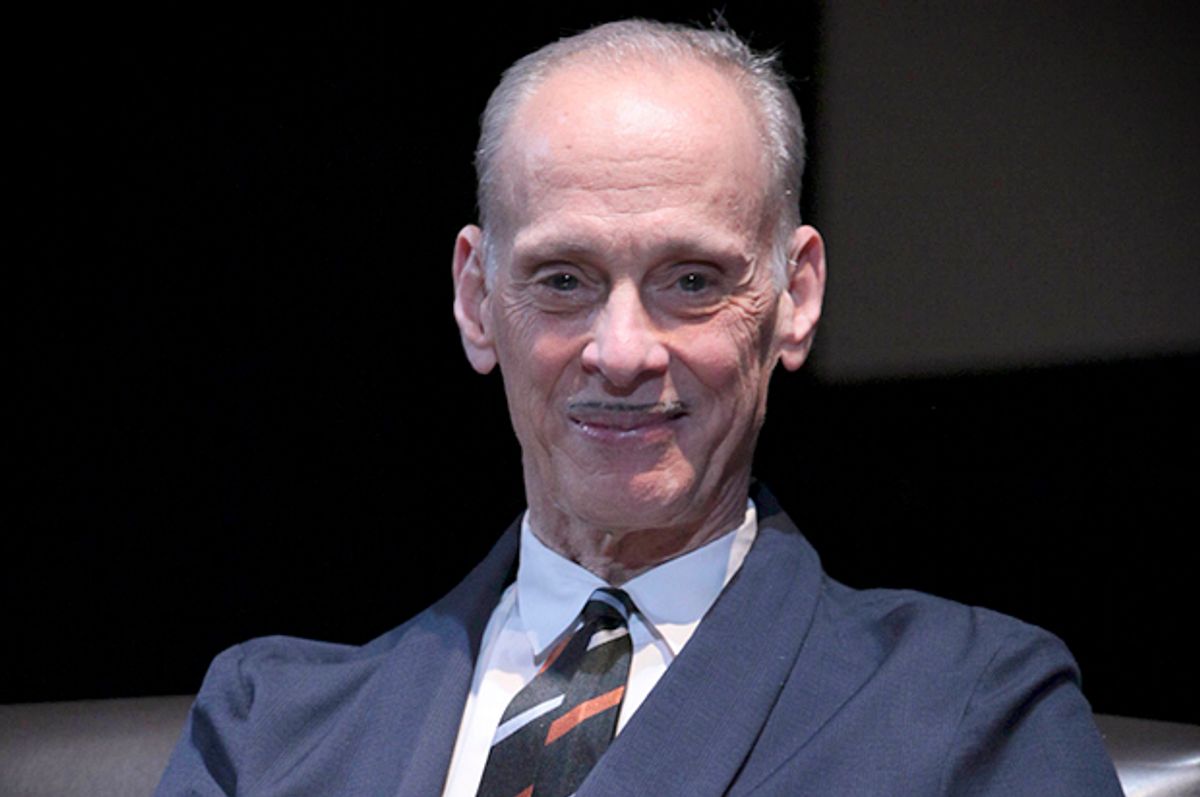 Given that he's a seasonal resident in the Cape Cod beach town, John Waters has been a fixture at the Provincetown International Film Festival ever since it launched in 1999. But at this year's edition of the event, Waters wasn't just on hand to show face and moderate the annual Filmmaker on the Edge Award discussion (this year's recipient was David Cronenberg) as he does every year. He was also there to promote his latest new book, "Carsick: John Waters Hitchhikes Across America."

The book, out now, finds the cult icon hitchhiking across America from his hometown of Baltimore to San Francisco, with a credit card and a cardboard sign. Waters divided the book into three sections. In the first, he imagines the best that could happen on his journey. In the second, he dreams up the worst. And in the final section, he reveals what actually went down.

Indiewire caught up with Waters in Provincetown to discuss the crazy journey.

I'm a bit slow. It wasn't until a few chapters in that I realized what I reading was fiction.

It says two novellas quite obviously in the prologue.

You’re not the first person to say that. But then after a while if you believe it, you’re really gullible.

When the magical anus made an appearance, I knew.

Yeah. Even before then [laughs].

What inspired the structure?

I thought hitchhiking was about fantasy. It’s about danger. So I thought that imagining before I went. Everyone would say, “What do you think it will be like?” And I had no idea. So I had to write that before I left.  I wanted to get all my fears out. I also loved writing the fiction. It was like writing a movie in a way. All of these characters would fit into my movies.

So it was the form I always knew I was going to do. I could have never written the sections if I had come home from the trp and done it. I had to write it first. If I had done the trip and come back and written it, I couldn’t have done it because it would have been so colored by the tedium of what really took place.

Did it terrify you to dream up the worst that could happen scenarios before embarking on the real deal?

No, it made me less scared to do it, because I didn’t think it could be that bad! I couldn’t have that bad of luck. Every single ride was a horror, you know. So I think it made it less scary for me in a way.

Was it a hoot to write the fictional parts?

Books are never fun. Fun is drinking on Friday night when you’ve written all week. If it’s fun, it’s bad.

But the scenarios are so wild! Did you crack yourself up?

It’s satisfying work, but it’s work. Fun is when you’re off work celebrating the fruits of your work – to me. I enjoy my work, but fun sounds... you’re a writer! You know that’s too frivolous a word for how you have to discipline yourself to do it everyday. To write a book…it took three years! I wanted to write for the fun of others.

How did you go about disciplining yourself to pen this thing? Judging by what you say in the book, you’re doing just fine financially.

I’m disciplined. I’m overly disciplined. I write every day, five days a week in the morning I write something. That’s how I make my living. I’m writing new speeches, journalism, books or something. Every morning, Monday to Friday, eight to 12. And in the afternoon I do my business. Everybody knows I don’t take any phone calls in the morning. I’ve been doing that for three years. That’s just the way it works. Some people write at night. I get dumber as the day goes on.  I have to get up early.

More from Indiewire: "Spike Lee Discusses His New Film and Making Movies for 30 Years: 'The Black Audience is Not Monolithic'"

In the best that could happen portion, a fan loans you five million dollars to make a new film. Is money what's holding you back from following up "A Dirty Shame"?

Yes. It's not just me. David Lynch hasn’t made a film in years.

They all want it to cost under a million dollars and I’m not doing that. I can’t do that anymore. I can’t go backwards. I don’t want to be a faux underground filmmaker. I have no desire to do that. I like writing books just as much as making movies. They pay better these days. It’s not so different from a movie. You got the character, you have the plot. The difference is you don’t have to worry about how much it’s going to cost. And you can sell it to the movies [laughs].

Your real journey sounds like it was quite touching. The people who picked you up were so nice to you.

Did folks' generosity surprise you?

No, it didn’t surprise me. I've always believed in the goodness of people. That’s why I did the trip. If I didn’t think that would happen, it would have been foolhardy for me to do it. I didn’t expect bad things to happen. I hitchhiked when I was young. I hitchhiked here, to Provincetown, before I did this. So no, I wasn’t surprised when people would try to give me money. It was touching. And when I told people I was a film director, they would think I have delusions of grandeur. That was fine. I’m sick of talking about me. Wanting to hear about their stories was the trip. My story was when I was waiting.

You gave out Thank You cards to everyone that drove you. Did you list any contact info on the cards?

So do you know if any of your rides have read the book?

The Kansas couple came to the Baltimore signing with their son. The Corvette Kid, I see him. He comes to my Christmas party. We’re friends. The band I ran into, Here We Go Magic, some of them came to the New York signing. Other of them came to San Francisco. The Marine woman, she just had a baby and gave it my name as part of the baby’s name. So those are the four I’ve been in touch with. My mother met the preacher’s wife. I haven’t seen her, but my mother met her at some event in Baltimore afterwards.

Have you received any negative feedback from folks you interacted with on how they’ve been portrayed?

No, I don’t know what they’d be mad about. I’m not mean about anyone. One of the Here We Go Magic guys said, “This is exactly what happened! It’s weird to read it.” I think I was kind to everybody that picked me up.

What about the experience changed you?

I think my street cred went up. I know that I could always do that if I had to. I know that I won’t ever be stuck anywhere. I don’t ever want to do it again. There’s no reason to. But it made me think that the people in the middle of the country are more open minded than the people in the art/film world on both coasts. They aren’t so predictable, at least the people that pick up hitchhikers. Now maybe that’s a special type of person, which would make sense.