Featuring the Ballad of Cliven Bundy, Patrick Stewart as a Louisiana resident and Colbert's war against Amazon 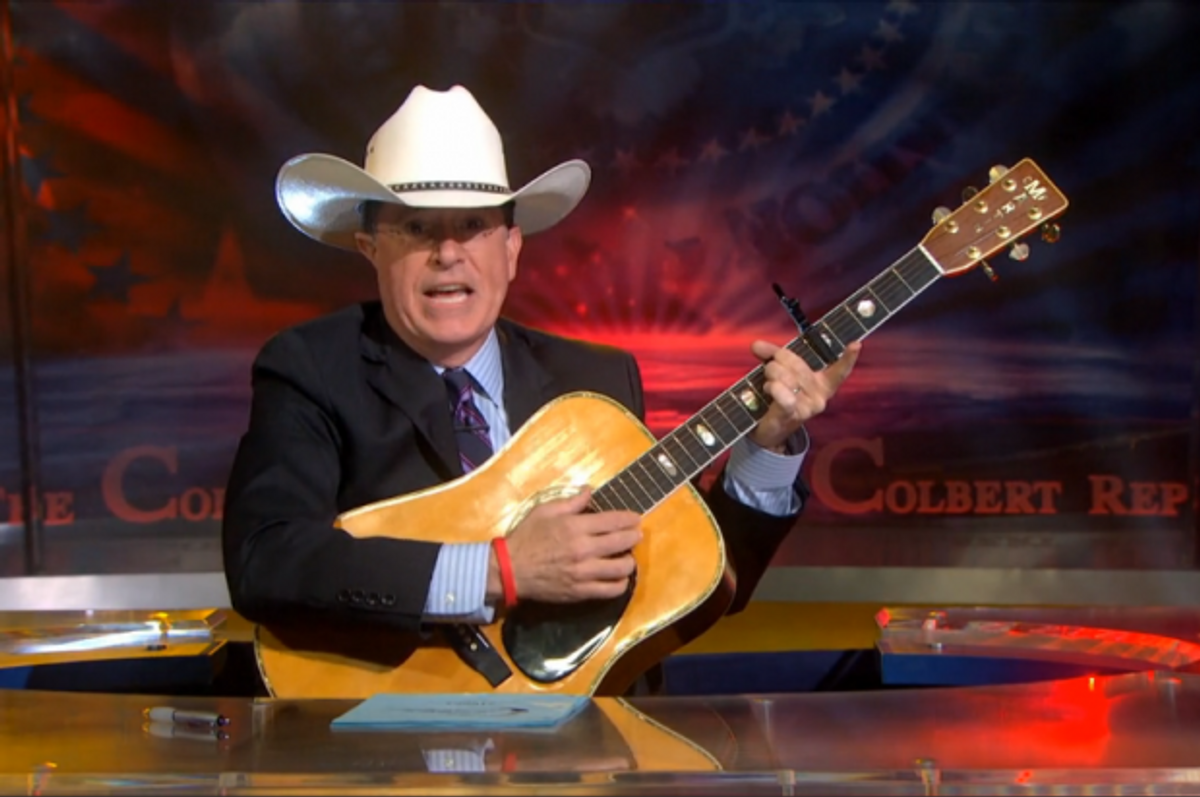 The unofficial "Colbert Report" countdown has begun: In a little over a year, one of America's favorite satirical news shows will fold into "The Minority Report," as Stephen Colbert heads over to host "The Late Show." In honor of its final full year, we've compiled the top moments from 2014 so far:

In February, Colbert reignited a delightful feud with his muse Bill O'Reilly, in which he mocked the self-aggrandizing O'Reilly for auctioning off his paltry handwritten notes from an interview with Barack Obama. In turn, Colbert auctioned off O'Reilly's microwave, purportedly stolen from the Fox News green room:

The two continued to spar on TV, and eventually Colbert simply called O'Reilly an "idiot":

Colbert finished February by remembering that, oh, it's Black History Month, offering a dark but hilarious commentary on racism in America in 2014:

Iowa Rep. Steve King needs to see real, hard "proof" that gay love is real, so Stephen Colbert pranked him by getting viewers to send him pictures of their gay love.

“Facing an existential crisis beyond anything humanity has ever known, what do we do?” asked Colbert about climate change in March. "Fuck it," he said. Let our kids figure it out.

Perhaps Colbert's greatest moment this year was the faux controversy created by hashtag activist Suey Park, in which she called upon Twitter to #CancelColbert over a satirical tweet taken out of context. Colbert then doubled down in his response, amping up the absurdity that called upon Park to #CancelColbert in the first place:

Stewart did his best (worst) Louisiana accent as Chuck Duprey, a red-blooded American who hates Obamacare.

The Ballad of Cliven Bundy

Colbert was endlessly amused that Jake Rush, an attorney making a congressional bid in Florida, is a vampire LARP-er and “Chazz Darling” and “Lord Staas van der Winst." Colbert even got in vampire garb during the interview.