Analysts say there's an 80 percent chance the weather phenomenon will return this year. Here's what to expect 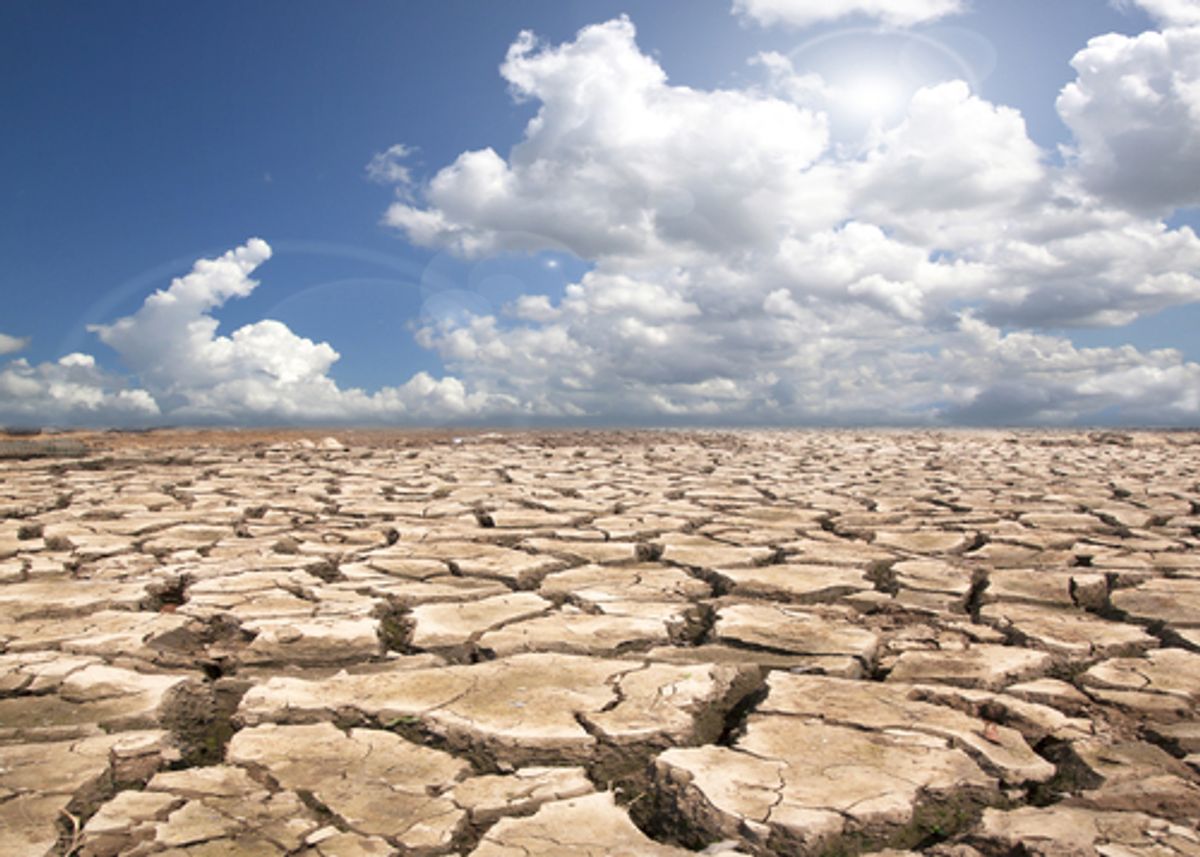 That’s according to experts, who now expect the global freak weather phenomenon to strike in the next few months.

The first sign, a vast pool of unusually warm water gathering in the eastern tropical Pacific, is clear enough.

If the warming trend continues, it will unleash a chain reaction of extreme events around the world, especially in the Pacific Rim, from flooding to food shortages and faster climate change to an increased risk of armed conflicts.

The US government’s Climate Prediction Center now puts the chances of El Niño, which occurs naturally once or twice a decade, at up to 80 percent this year.

GlobalPost walks you through the impacts.

The earliest effects of El Niño are usually felt in the eastern Pacific, with a weakened monsoon and heat waves.

That’s exactly what has already started to happen, with the rainy season starting late in India and precipitation levels 48 percent below normal. Food prices there are already spiking as a result.

With India home to the largest concentration of poor people in the world — 240 million in rural areas and 72 million in urban areas — it hardly takes an economist to know that that spells trouble.

In Australia, El Niño is likely to deepen the drought already triggered by climate change.

Prime Minister Tony Abbott, who has dismissed scientists’ claims that global warming is triggering Australia’s increased bushfires as “complete hogwash," may want to listen up.

On the opposite side of the Pacific, in the Americas, El Niño will bring not drought but extra rainfall.

In many places, such as coastal areas of Peru and Ecuador, that will likely spell flooding. In others, such as parched California and central Chile, it will bring relief, but not enough to fully replenish empty reservoirs, experts say.

Although some countries, notably Colombia, appear to have drawn the right lessons from the huge 1997-98 El Niño that caused billions of dollars in damage, other nations have not sufficiently prepared.

“We know El Niño comes every few years. It is not a surprise, but planning for it is still unfinished business in much of Latin America,” says Rodney Martinez of Ecuador’s International El Niño Research Center (CIIFN).

Paradoxically, El Niño would reduce the risk of hurricanes that slam Mexico, Central America and the Caribbean from May to November. “But we are talking about probabilities not certainties,” Martinez stresses. “We can’t rule out that there will still be powerful storms.”

Global food production will also be hit. Corn, rice and wheat harvests are all expected to shrink thanks to lower net rainfall around the planet.

According to one study, 6 percent of wheat-farming areas, including parts of Russia and Argentina, will actually benefit from extra precipitation. But that will be more than canceled out with harvests hurt by less rain in 22 percent of wheat-growing lands, including Australia, Mexico and parts of the United States and China.

Even the supply of fish meal, used to feed livestock, is likely to plunge. Peru and Chile, which together produce roughly half the world’s fish meal, will see the huge anchovy shoals that they plunder shrink.

Indeed, it was Peruvian fishermen who gave El Niño, Spanish for “the boy,” its name, as the phenomenon typically hits South American waters in December, when Jesus Christ was born.

The fish will flee the warmer waters, heading deeper and farther south. They will also disperse, making it much harder for trawlers to suck them up from the oceans.

The Peruvian fishing industry will thus see its fishmeal revenue fall by around $200 million this year if the weather front arrives. “It would be worse if it weren’t for rising prices compensating for lower production,” says Icochea.

The one silver lining when it comes to El Niño’s effect on global food supply is that soybean harvests may increase. That’s thanks to increased rainfall in the US, Argentina and Brazil, three of the quartet of nations that dominate global supply.

Although some scientists are now suggesting climate change could make El Niño occur more frequently, the short-term danger is that a 2014 El Niño will actually accelerate global warming.

That’s because the oceans have stored about 90 percent of the extra heat generated by climate change in recent years. But now, with El Niño bringing some of that energy up to the surface of the Pacific, where it will be released into the atmosphere, we are likely to see an uptick in temperatures.

The process could even make this the hottest year ever recorded.

Raupach, who heads Australian National University’s Climate Change Institute, blames the phenomenon for a “slackening in the apparent rate of climate change” over the last decade — until now — something that climate deniers have seized upon.

“The Earth has continued to warm, but more of the extra energy than usual has gone into the oceans,” he says. “An El Niño event signals a return of some of this energy to the ocean surface and the atmosphere.”

If a spike in global warming sounds scary, then the timing — with a new United Nations climate treaty due to be negotiated and signed by December 2015 — might, just might, turn out to be fortuitous.

“In warm, dry years, a higher proportion of people accept the science of climate change than in cooler, wetter years,” Raupach adds. “If 2014 turns out to be an El Niño year as current trends indicate, then increased public awareness of the dangers of human-induced climate change is likely to follow.”

In other words, El Niño might be the boot in the backside governments need to take real action to tackle the climate crisis.

As if all the other impacts weren’t bad enough, El Niño also raises the chances of war in poor countries.

So says Berkeley professor Solomon Hsiang, who has made detailed statistical studies of the relationship between climate and armed conflicts around the world.

His team concluded that El Niño may have played a role in sparking 21 percent of all civil wars since 1950.

Part of the problem is something known as a Kelvin wave that spreads warm air around the entire tropics, tipping poor countries over the edge.

Here is an animation of a spreading Kelvin wave (the images start after 0:30).

In his study, Hsiang looked at the precise timing of conflicts, ruled out other possible triggers, and found that armed struggles from Sudan to Peru occurred more often in the months following El Niño.

“The way to think about it is like a car accident,” Hsiang says. “On a rainy day you are more likely to have a car accident but it is very difficult to attribute a specific accident to the rain.”

UN peacekeepers and the international community in general have been warned.