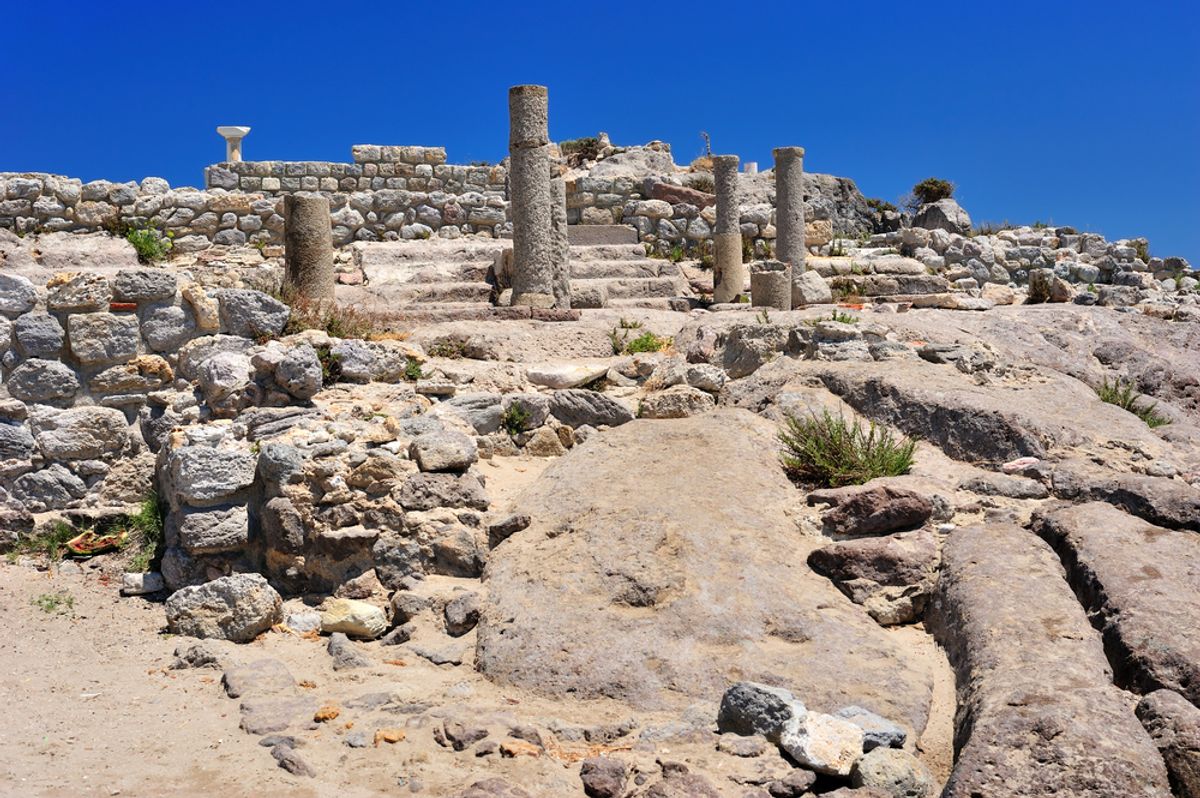 Etchings inscribed in the ruins of an ancient Greek city may the earliest on record to "triumphantly" document a sexual relationship, the Guardian reports. Discovered on the Greek island of Astypalaia, researchers say the graffiti can provide new insights into both the sexual lives and impressive literacy of the island's inhabitants at a time predating even the construction of the Acropolis in Athens.

Here's more from the Guardian:

Chiselled into the outcrops of dolomite limestone that dot the cape, the inscriptions have provided invaluable insight into the private lives of those who inhabited archaic and classical Greece. One, believed to have been carved in the mid-sixth century BC, proclaimed: "Nikasitimos was here mounting Timiona (Νικασίτιμος οἶφε Τιμίονα).

...Two penises engraved into limestone beneath the name of Dion, and dating to the fifth century BC, were also discovered at lower heights of the cape. "They would seem to allude to similar behaviour on the part of Dion," said Vlachopoulos.

"They claimed their own space in large letters that not only expressed sexual desire but talked about the act of sex itself," said Vlachopoulos of the engravings' significance. "And that is very, very rare."