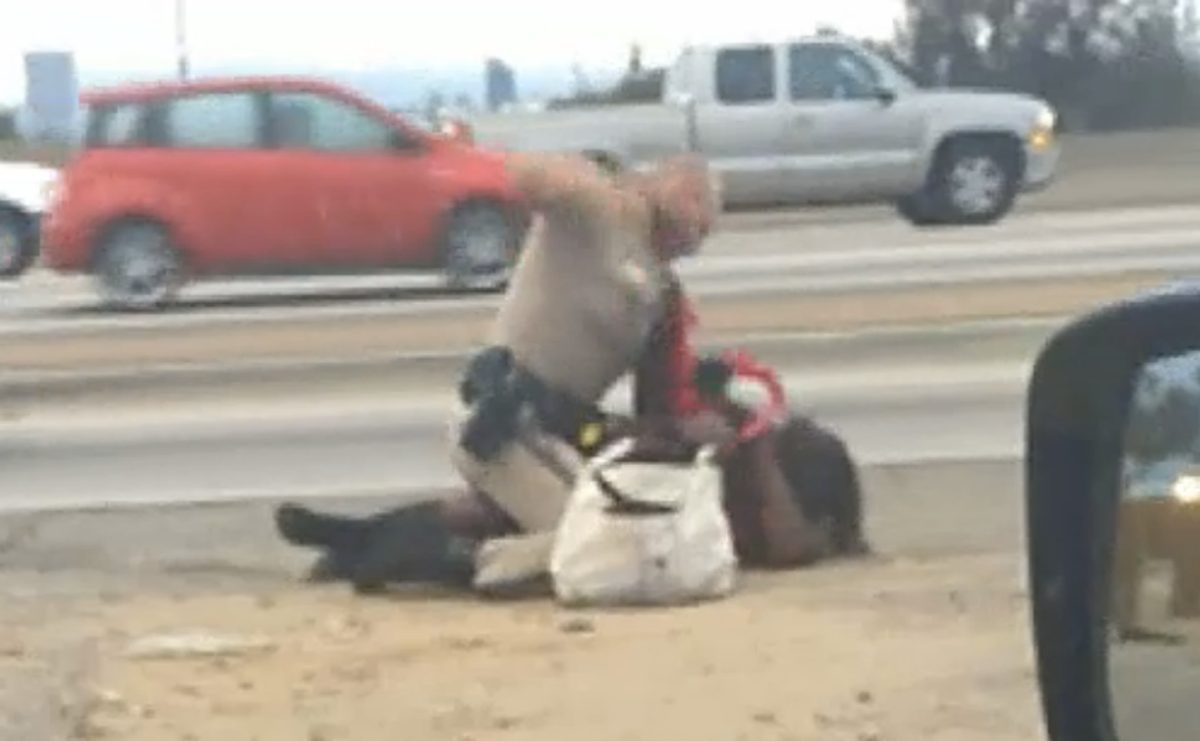 Shocking footage of a California cop repeatedly punching an unarmed woman in the head is going viral after a passing motorist recorded the incident on his cell phone.

The video shows the cop approaching the woman, who is visibly disturbed, grabbing her arm, and then throwing her to the ground, at which points he climbs on top of her and begins punching her in the head. A second officer then appears to help make the arrest.

"She took a left, and the cop, the CHP [California Highway Patrol] ran after her, grabbed her to try to subdue her, and then she you know, kind of tried to shove it off...Was she intoxicated? Was she mentally ill? Possibly," the motorist, David Díaz, told NBC Los Angeles.

"She was screaming," said a second witness, Daina Tate. "Two men were on her. They had her arms up. She couldn't defend herself. She looked totally helpless and terrified."

The CHP did not say what triggered the attack. In a statement released a statement Friday morning, it said it's "investigating the entire incident."

"As a matter of policy, every time there is a use of force by our officers, there is a review conducted to determine whether the use of force was appropriate," the statement read. "That will be done in this case, however, since there is an ongoing investigation, it would be premature to comment on this specific video segment. "

According to witnesses, the woman was carrying a lot of bags and was not wearing shoes. The officer in question has been put on administrative leave.

Watch the footage, courtesy of the Associated Press, below: