What America can learn from "Lawrence of Arabia" about Iraq 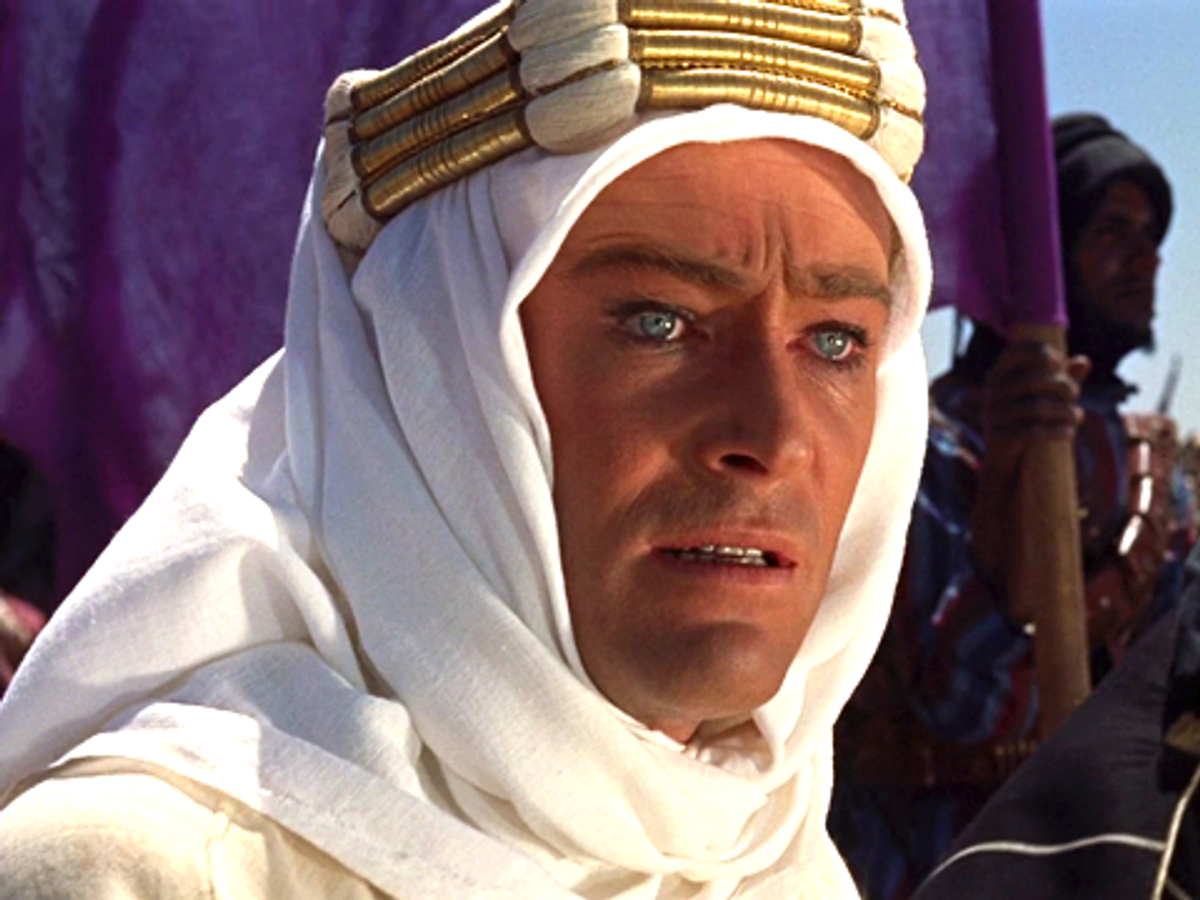 Scene still from "Lawrence of Arabia"
--

As fears grow of a widening war across the Middle East, fed by reports that the Islamic State of Iraq and Syria (ISIS) envisions a region-wide, all controlling theocracy, we found ourselves talking about another war. The Great War – or World War I, as it would come to be called — was triggered one hundred years ago this month when an assassin shot and killed Austria’s Archduke Ferdinand in Sarajevo. Through a series of tangled alliances and a cascade of misunderstandings and blunders, that single act of violence brought on a bloody catastrophe. More than 37 million people were killed or wounded.

In America, if we reflect on World War I at all, we think mostly about the battlefields and trenches of Europe and tend to forget another front in that war — against the Ottoman Empire of the Turks that dominated the Middle East. A British Army officer named T.E. Lawrence became a hero in the Arab world when he led nomadic Bedouin tribes in battle against Turkish rule. Peter O’Toole immortalized him in the epic movie, “Lawrence of Arabia.”

You may remember the scene when, after dynamiting the Hijaz railway and looting a Turkish supply train, Lawrence is asked by an American reporter, “What, in your opinion, do these people hope to gain from this war?”

“They hope to gain their freedom,” Lawrence replies, and when the journalist scoffs, insists, “They’re going to get it. I’m going to give it to them.”

At war’s end, Lawrence’s vision of Arab independence was shattered when the Versailles peace conference confirmed the carving of Iraq, Syria, Lebanon and Palestine into British and French spheres of influence; arbitrary boundaries drawn in the sand to satisfy the appetites of empire – Britain’s Foreign Office even called the former Ottoman lands “The Great Loot.”

The hopeful Lawrence drew his own “peace map” of the region, one that paid closer heed to tribal allegiances and rivalries. The map could have saved the world a lot of time, trouble and treasure, one historian said, providing the region “with a far better starting point than the crude imperial carve up.” Lawrence wrote to a British major in Cairo: “I’m afraid you will be delayed a long time, cleaning up all the messes and oddments we have left behind us.”

Since 2003, as the reckless invasion of Iraq unfolded, demand for Lawrence’s book, “Seven Pillars of Wisdom” increased eightfold. It was taught at the Pentagon and Sandhurst — Britain’s West Point — for its insights into fighting war in the Middle East. In 2010, Major Niel Smith, who had served as operations officer for the US Army and Marine Corps Counterinsurgency Center, told The Christian Science Monitor, “T.E. Lawrence has in some ways become the patron saint of the US Army advisory effort in Afghanistan and Iraq.”

But then and now, Lawrence’s understanding of the ancient and potent jealousies of the people among whom he had lived and fought generally was ignored. In 1920, he wrote for the Times of London an unsettling and prophetic article about Iraq – then under the thumb of the British. He decried the money spent, the number of troops and loss of life, and warned that his countrymen had been led “into a trap from which it will be hard to escape with dignity and honor. They have been tricked into it by a steady withholding of information…. Things have been far worse than we have been told, our administration more bloody and inefficient than the public knows. It… may soon be too inflamed for any ordinary cure. We are today not far from a disaster.”

Not for the last time in the Middle East would disaster come from the blundering ignorance and blinding arrogance of foreign intruders convinced by magical thinking of their own omnipotence and righteousness. How soon we forget. How often we repeat.