Why 2014 could be the year we lose the Internet

Net neutrality is dying, Uber is waging a war on regulations, and Amazon grows stronger by the day 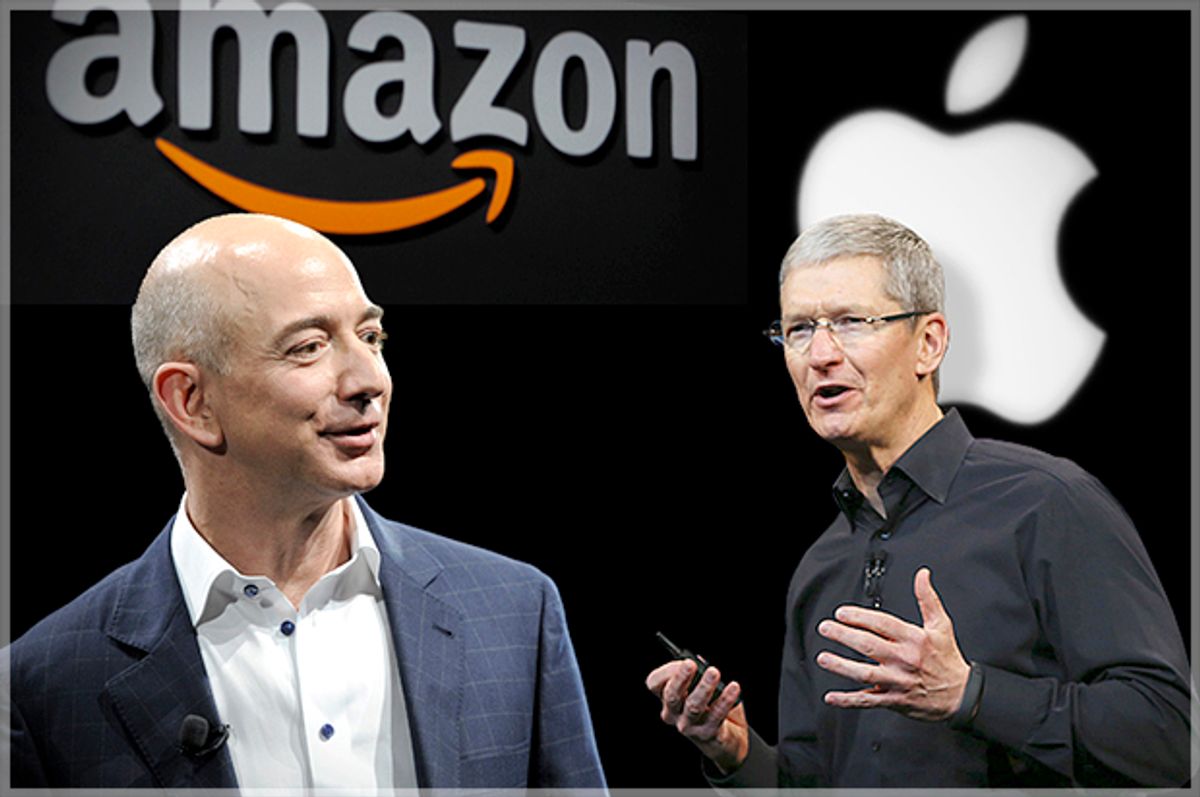 Halfway through 2014, and the influence of technology and Silicon Valley on culture, politics and the economy is arguably bigger than ever -- and certainly more hotly debated. Here are Salon's choices for the five biggest stories of the year.

1) Net neutrality is on the ropes.

So far, 2014 has been nothing but grim for the principle known as "net neutrality" -- the idea that the suppliers of Internet bandwidth should not give preferential access (so-called fast lanes) to the providers of Internet services who are willing and able to pay for it. In January, the D.C. Court of Appeals struck down the FCC's preliminary plan to enforce a weak form of net neutrality. Less than a month later, Comcast, the nation's largest cable company and broadband Internet service provider, announced its plans to buy Time-Warner -- and inadvertently gave us a compelling explanation for why net neutrality is so important. A single company with a dominant position in broadband will simply have too much power, something that could have enormous implications for our culture.

The situation continued to degenerate from there. Tom Wheeler, President Obama's new pick to run the FCC, a former top cable industry lobbyist, unveiled a new plan for net neutrality that was immediately slammed as toothless. In May, ATT announced plans to merge with DirecTV. Consolidation proceeds apace, and our government appears incapable of managing the consequences.

After completing its most recent round of financing, Uber is now valued at $18.2 billion. Along with Airbnb, the Silicon Valley start-up has become a standard bearer for the Valley's cherished allegiance to "disruption." The established taxi industry is under sustained assault, but Uber has made it clear that the company's ultimate ambitions go far beyond simply connecting people with rides. Uber has designs on becoming the premier logistics connection platform for getting anything to anyone. What Google is to search, Uber wants to be for moving objects from Point A to Point B. And Google, of course, has a significant financial stake in Uber.

Uber's path has been bumpy. The company is fighting regulatory battles with municipalities across the world, and its own drivers are increasingly angry at fare cuts, and making sporadic attempts to organize. But the smart money sees Uber as one of the major players of the near future. The "sharing" economy is here to stay.

We may end up remembering 2014 as the year that streaming established itself as the dominant way people consume music. The numbers are stark. Streaming is surging, while paid downloads are in free fall.

For consumers, all-you-can-eat services like Spotify are generally marvelous. But it remains astonishing that a full 20 years after the Internet threw the music industry into turmoil, it is still completely unclear how artists and songwriters will make a decent living in an era when music is essentially free.

We also face unanswered questions about the potential implications for what kinds of music get made in an environment where every listen is tracked and every tweet or Facebook like observed. What will Big Data mean for music?

What a busy six months for Jeff Bezos! Amazon introduced its own set-top box for TV watching, its own smartphone for insta-shopping, anywhere, any time, and started abusing its near monopoly power to win better terms with publishing companies.

For years, consumer adoration of Amazon's convenience and low prices fueled the company's rise. It's hard, at the midpoint of 2014, to avoid the conclusion that we've created a monster. This year, Amazon started getting sustained bad press at the very highest levels. And you know what? Jeff Bezos deserves it.

5) The tech culture wars boil over.

As I wrote in April

Just as the Luddites, despite their failure, spurred the creation of worker-class consciousness, the current Bay Area tech protests have had a pronounced political effect. While the tactics range from savvy, well-organized protest marches to juvenile acts of violence, the impact is clear. The attention of political leaders and the media has been engaged. Everyone is watching.

Ultimately, maybe this will be the biggest story of 2014. This year, numerous voices started challenging the transformative claims of Silicon Valley hype and began grappling with the nitty-gritty details of how all this "disruption" is changing our economy and culture. Don't expect the second half of 2014 to be any different.