The conservative author purports to have all the hottest dirt on the Clintons. Does anyone believe a word of it? 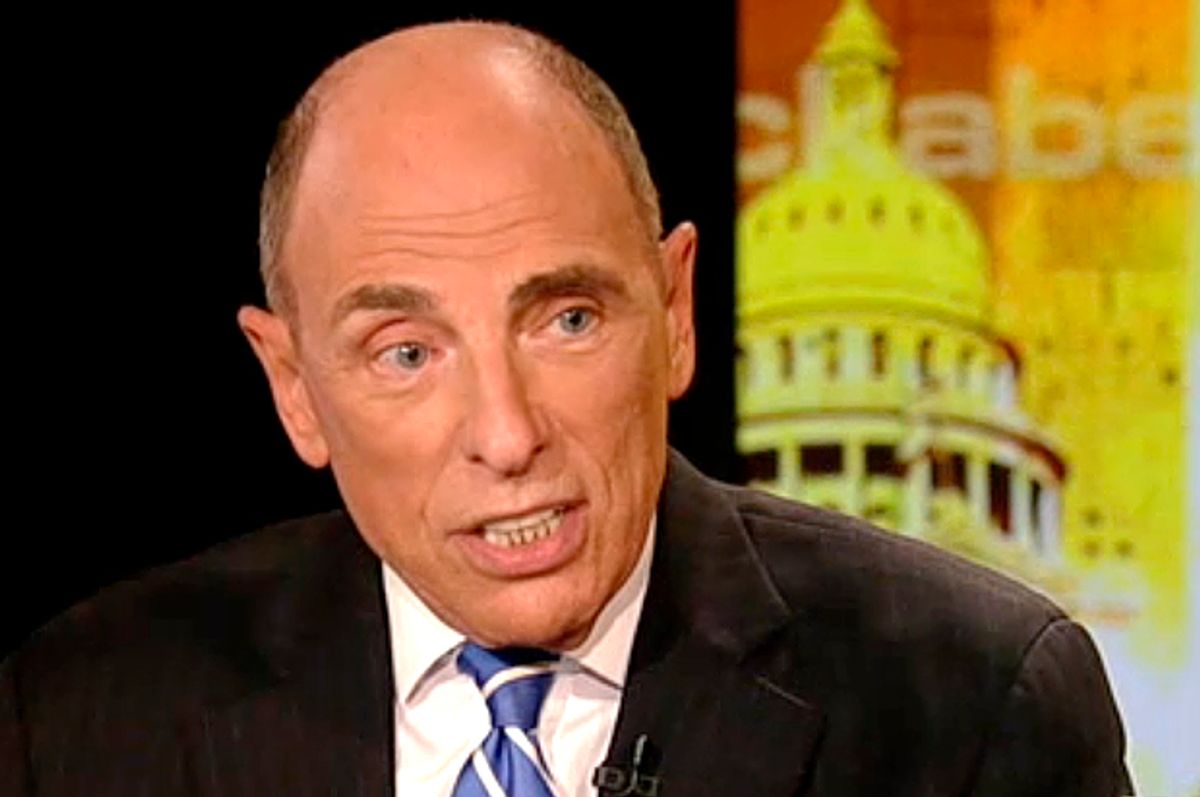 There is nothing more entertaining in the world of writing these days than any arbitrarily chosen piece of dialogue by conservative author Ed Klein. Whether in one of his News Corp. columns or in his new book, "Blood Feud," which the columns are intended to promote, Klein's dialogue reads worse than the fanfic you wrote in 8th grade or even any line in "Attack of the Clones." It's amazing -- #disruptive, really -- that these sentences penned by Klein are printed in news outlets and mass produced by any publishing house with quotation marks connoting verbatim accuracy and coveted nonfiction genre status.

Consider a Klein EXCLUSIVE from last week about Hillary Clinton's rough media tour and relatively poor book sales, "Hillary down in the dumps: Is Clinton about to drop out of 2016 race?" Klein presents a scene in which Hillary and Bill Clinton are having a chat in their Chappaqua home. Also in attendance, according to Klein, was a "family friend," who presumably recorded the whole conversation and presented the tape directly to Ed Klein without getting caught? Or maybe it's just made up. We're going to guess "probably just made up," because this is not how people -- even ones as purportedly devious and plotting as the Clintons -- talk to each other:

While Hillary was nursing her headache, Bill Clinton and a family friend came into the kitchen. Bill poured Hillary a glass of green tea, and massaged her shoulders.

“The media have me in their cross-hairs,” Hillary complained, according to the friend.

Hillary hesitated for a moment, and then continued: “I’m seriously losing my appetite for combat. I never thought I’d say that. I’ve been a fighter all my life. You guys have never seen me back down, but right now I am punch drunk.”

Bill bit his lip and said, “We all have a right to feel sorry for ourselves from time to time. But you’ve got history to make.”

“Right now I’m feeling like they can all go f**k themselves,” Hillary said, referring to the media.

“I know the country needs us, but they aren’t acting like they deserve us. Just f**k ‘me. [sic]

What a wild ride! Those Clintons. How does Klein get this stuff?? Well, he probably doesn't, as the sourcing doesn't appear to stand a second's worth of scrutiny. The better question is, how does Klein get this stuff published? For starters, the column appears on FoxNews.com, not an outlet known for its rigorous journalistic vetting. And then there's an appeal to previous credentials: Klein's bio notes his former employment as editor in chief of the New York Times Magazine, decades ago. Conservatives, who theoretically hate the New York Times and its Magazine, are never shy about name-dropping the Times when doing so can lend an air of seriousness to the ravings of an obvious conservative hack. (See also: scrappy efforts by conservative publishers to land their productions atop New York Times bestseller lists.) And then there's plain-old Clinton hysteria at play. People will believe any innuendo about the Clintons. And there's plenty of dirt to work with in their past and present. But this stilted fake dialogue from Chappaqua? Come, now. Surely no one believes this, right? Ha! Try reading the comments.

Over the weekend, another Klein EXCLU dropped, this time leading the New York Post. It is about how President Obama and his close aide Valerie Jarrett are trying to woo Sen. Elizabeth Warren to run against Hillary Clinton in 2016, and promising her the full support of the Obama network. One of his anonymous sources, in this case, is an "Obama administration source" who's apparently high enough in the ranks to be on a first-name basis with "Barack, Michelle and Valerie" and know of all their secret bombshell plans, heretofore unreported and going against the grain of all we know about the ever-cautious Obama political operation:

“Barack, Michelle and Valerie have been talking about Elizabeth Warren for quite some time,” says an Obama administration source. “Valerie has told Warren that Obama is prepared to throw a great deal of money and organizational support behind her.

“The Obamas believe that Warren sees things from the same ideological point of view as they do. She is a committed progressive who, like Obama, wants to transform America into a European-style democratic-socialist state.”

That's interesting; don't you wonder how a high-ranking Obama administration official could get so close to the president yet still somehow believe that he's a "committed progressive" who "wants to transform America into a European-style democratic-socialist state"? Did Dick Morris or Mark Levin slip on an Obama White House staff badge and go undetected in the West Wing for some length of time? Shocking, if true.

There's another nugget in the Post column, once again inexplicably wrapped in quotation marks, supposedly uttered by Bill Clinton: "I’ve heard from [Democratic] state committeemen about Obama’s preference in ’16 ... And they tell me that he’s looking around for a candidate who’s just like him. Someone relatively unknown. Someone with a fresh face. He wants to clone himself — to find his Mini-Me.” Clinton, according to Ed Klein, "confided" this to "several of his close friends." But as BuzzFeed's Katherine Miller notes, a nearly identical version of this quote appears in "Blood Feud" -- only spoken to Chelsea Clinton, at a party. Maybe Bill Clinton just says the same quote over and over. Maybe Bill Clinton thinks of Chelsea as more of a "close friend" than a daughter. Maybe Ed Klein just makes it up.

Miller's article at BuzzFeed includes many more passages, and they are all 100 percent hilarious and terrible in the same way.

Anyone can do what Ed Klein does. You just take a tiny sliver of news about Hillary Clinton and then come up with the most stilted and obvious imaginable dialogue between two wooden planks that happens to confirm the worst of suspicions about her character in a direct, efficient manner. For example: Hillary Clinton was in England during the Fourth of July. This is a fine opportunity for some #EdKleining.

Hillary Clinton, polishing off her seventh glass of expensive Scotch, breathed a sigh of relief as her jet descended into Heathrow.

"Finally, Bill Clinton," she confided to Bill, according to a dog that was on the plane, "we're away from those awful Americans whom I don't like because they don't love me enough."

"Hillary Clinton," her husband reassured her, "that is an acceptable thing to say in private. In public, however, you must go on pretending to like the American cretins and smile and wave and say nice things about them. This is what must be done for our dynasty to be restored power."

Hillary went silent for a minute, peering out the window at Big Ben, at Parliament. "I just wish I could stay here, in the land of my King George III, who is secretly my favorite person. The colonists in America do not deserve me. What are they doing now? They are eating disgusting hamburgers and setting off firecrackers, like jesters. They are the worst sort of people and everyone in every other country is better than any American, except for ourselves. Don't you agree, Bill Clinton?"

"Yes," the impeached 43rd president said, biting his lip and giving a thumbs up, because these are famous gestures that Bill Clinton makes. "I do believe this, Hillary Clinton. But we must keep our eyes on the prize, which is Total Rule of the American Empire."

A few seats away, Chelsea Clinton lit the Constitution on fire.