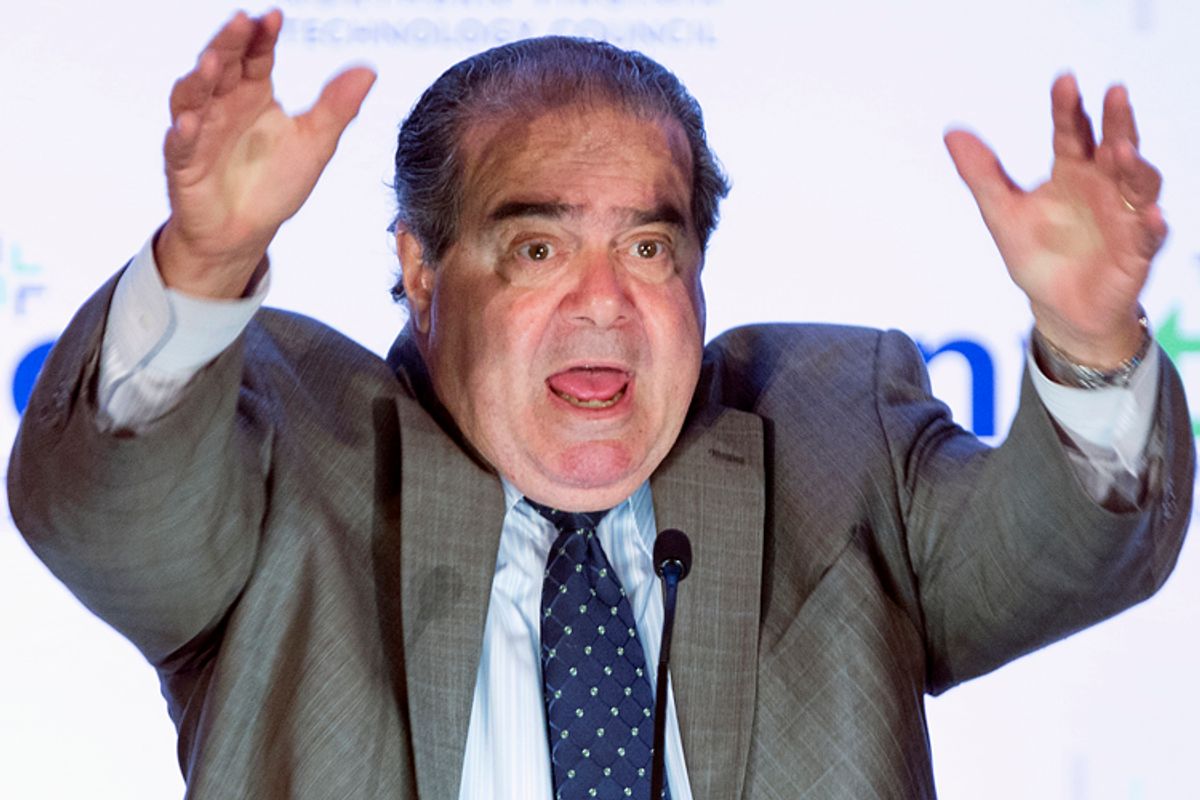 In the wake of the Hobby Lobby ruling, George H.W. Bush appointee Judge Richard George Kopf has some advice for how the Supreme Court can guard against losing even more prestige and legitimacy in the eyes of the public: STFU.

"[T]his term and several past terms has proven that the court is now causing more harm (division) to our democracy than good by deciding hot button cases that the court has the power to avoid," Kopf writes at his personal blog, Hercules and the Umpire.

"As the kids say," Kopf continues, "it is time for the Court to stfu."

In Kopf's eyes, the court's Hobby Lobby decision is just one more example of the tendency on the part of its conservative majority to wade into cultural hot-button issues that, Kopf argues, the judiciary is better off trying to avoid.

"In the Hobby Lobby cases," Kopf writes, "five male justices of the Supreme Court, who are all members of the Catholic faith and who each were appointed by a president who hailed from the Republican Party, decided that a huge corporation, with thousands of employees and gargantuan revenues, was a 'person' entitled to assert a religious objection to the Affordable Care Act’s contraception mandate because that corporation was 'closely held' by family members."

"To the average person," Kopf continues, "the result looks stupid and smells worse."

Before liberals start setting aside a spot on the mantelpiece for Kopf's portrait, however, they should keep the implications of Kopf's recommendation to the court in mind. According to Think Progress' Ian Millhiser, "it is unlikely that the alternative course Judge Kopf thinks the court should have taken would have led to a different practical result than the victory Hobby Lobby received."

"[I]f the Court had sat on the sidelines," Millhiser explains, "that would have meant that in jurisdictions where a federal appeals court accepted Hobby Lobby‘s legal theory, plaintiffs bringing similar claims would have won. ... [T]he practical effect, at least in most cases, would be that companies claiming religious objections to birth control would win."

Still, if Kopf's post is not quite a victory for opponents of the Hobby Lobby decision, it's still a watershed moment in the history of federal judges. Now that the "stfu" Rubicon has been crossed, it's only a matter of time until a Supreme Court decision has a footnote that is simply "LOL."