Dem Sen. Bob Menendez wants probe into Cuban conspiracy to smear him through the Daily Caller 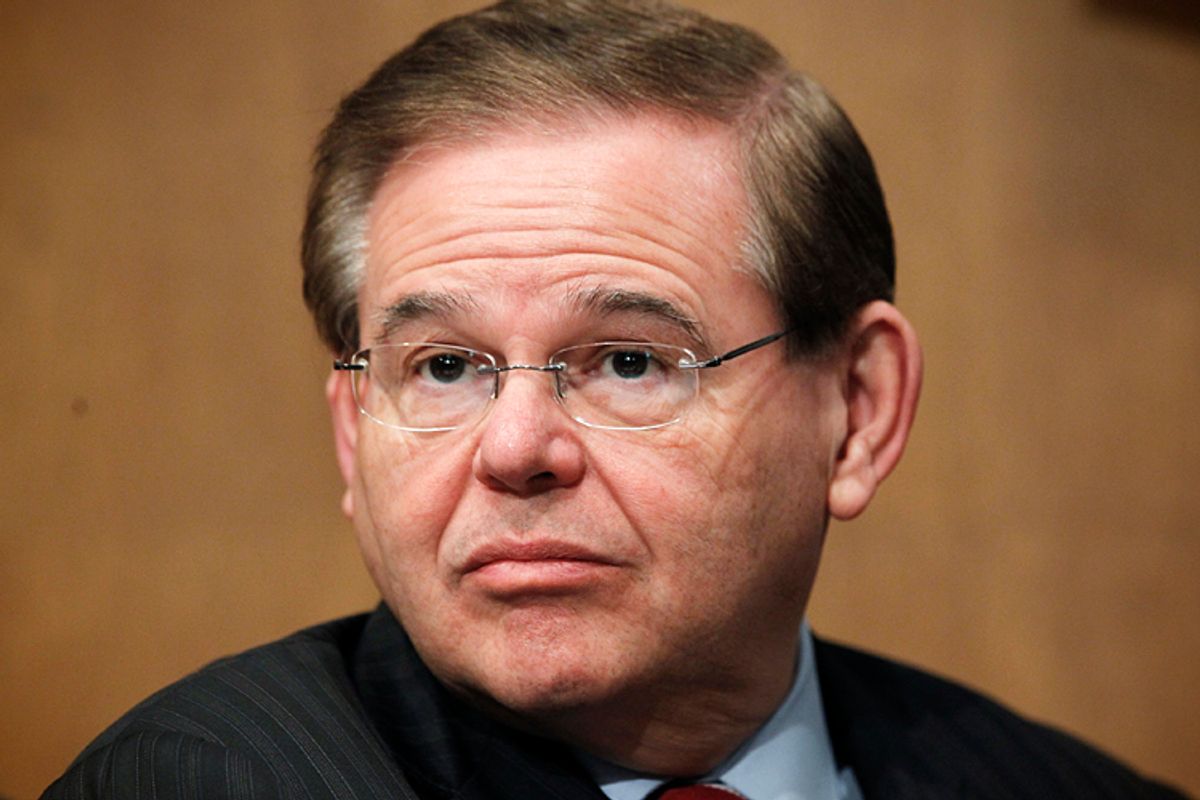 New Jersey Democratic Sen. Bob Menendez is asking the Justice Department to look further into evidence gathered by U.S. investigators that the Cuban government was behind a 2012 story in the Daily Caller alleging Menendez had paid for sex with underage prostitutes, a conspiracy potentially intended to derail Menendez's reelection campaign in advance of his ascension as chairman of the Senate Foreign Relations Committee.

According to a report in the Washington Post, the CIA has gotten its hands on "credible evidence" indicating that Cuban agents were behind the story and were responsible for pushing it in U.S. and Latin American media. Per the CIA's work, it appears that the Cuban government created a phony source named "Pete Williams" who informed members of the FBI and others that he knew of Menendez joining poolside parties featuring underage sex workers.

While most of the media treated the story with skepticism, the right-wing Daily Caller, founded by Fox News host Tucker Carlson, ran with it. Reached by the Washington Post via phone, Carlson said that he would be shocked if it turned out his journalistic organization was used as a useful idiot by the Communist government of Cuba in order to smear a strongly anti-Castro American politician. “I really can’t assess it without more information,” Carlson said, before describing the situation as "bizarre on its face, but also fascinating.”

Salon alum and current National Journal reporter Alex Seitz-Wald, however, long saw this coming. (We think the fact that he was probably joking should not reflect poorly on his judgment. The Daily Caller, on the other hand, is a different story.)