Mississippi GOP's vicious, endless primary: How much damage will be done?

Two weeks after Sen. Thad Cochran beat Chris McDaniel in a runoff, the fighting continues, with no end in sight. 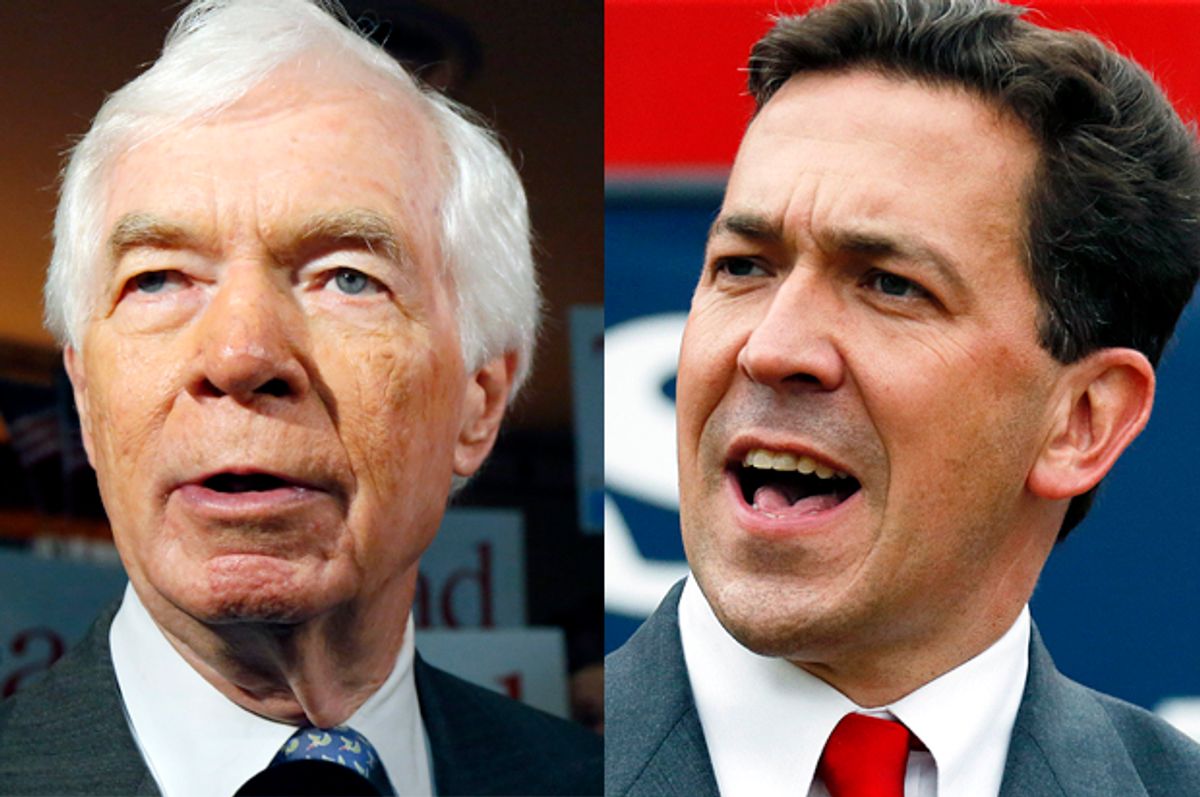 The Mississippi Senate GOP primary, which supposedly ended with Sen. Thad Cochran's June 24 runoff victory, is just heating up. Prepare yourself for the third or fourth of fifth wind of the most "fun"-filled race of the primary season, which, at this pace, will last about another 10 or 15 years. What will be left of the Mississippi Republican party after the two sides fully destroy each other?

Yesterday, the Mississippi Republican party sent the Secretary of State's office the official results of the June 24 runoff. The final tally showed Cochran beating Tea Party challenger Chris McDaniel by 7,667 votes, more than the 6,700-6,800 figure being thrown around the past two weeks.

On the same day, however, McDaniel's counsel, Mitch Tyner, said at a press conference outside the Hinds County courthouse (the famous site of previous comical McDaniel campaign mishaps) that the campaign plans to file suit challenging the June 24 results. The campaign's review of votes will take several more days to complete. While Tyner says his doesn't know "the exact numbers" of ineligible voters the team has discovered, he knows that "there’s several thousand that are absolutely ineligible voters.” The campaign has been offering $1,000 rewards for proof of ineligible voters -- by which he means so-called "crossover voters," or those who voted in the June 3 Democratic primary and then voted in the June 24 Republican runoff.

What's the goal of the legal challenge, then? A laborious recount with a judge standing over each ballot and swiping left or right? Nope: a re-vote. Tyner tells the Washington Post that "it's very easy to see the Mississippi law holds that if there's the difference between the Cochran camp and our camp -- that vote difference -- if there's that many ineligible voters, then there's automatically a new election." In other words, if McDaniel can show that there are greater than (according to new figures) 7,667 "irregularities," Mississippi law would "automatically" allow for a revote.

A Mississippi law professor tells the Post, though, that the state Supreme Court has "held exactly the opposite of Mitch Tyner's statement." Even Newsmax doesn't think it's likely that the court would overturn the election results, since primaries are within the diocese of the parties. "The problem with this plan is that the primary and runoff were overseen by the Republican Party, not state officials," Newsmax writes. "Courts historically have been reluctant to become involved in matters that are in the realm of a party rather than the state." And yesterday, the Mississippi Republican party certified the results.

Either way, Mississippi Republicans, bruised, splintered and divided, aren't coming out of this well.

If the courts reject McDaniel's challenge, cement Cochran's victory, and McDaniel has to concede, it will just provide McDaniel's supporters with a new layer of sputtering rage. First the Cochran team and the GOP establishment will have come in to "steal" the election by reaching out to (mostly African-American) Democratic voters, and then the courts, presented with supposed evidence of widespread "irregularities," will have buried it. McDaniel's own campaign manager, Melanie Sojourner, wrote on Facebook over the weekend that she will never endorse Cochran. “For me to ever endorse Cochran," she wrote, "would be to say that I can accept or find it ok the tactics he used. That will simply never be the truth. Ever.” And our old pal Sen. Ted Cruz, who had largely kept mum over the Mississippi fallout, attacked the "DC machine" yesterday and said there were "'serious allegations of voter fraud' that need to be 'vigorously investigated.'" This is pretty amazing coming from the vice chairman of the National Republican Senatorial Committee, which worked quite hard and dispensed many dollars to keep Cochran in the Senate.

But suppose McDaniel's campaign were to win a court challenge and get a re-vote. McDaniel's campaign and national Tea Party groups dispatch millions of "poll watchers" once again, and this time they mean business. McDaniel wins. Then that provokes an equally vicious backlash against McDaniel from Cochran's supporters.

What does it all mean? Let's just say that the Democrats' Senate candidate in Mississippi, former Rep. Travis Childers, shouldn't ever downplay his chances.