He poked fun at the the comedian, who lost her cool during a recent CNN interview 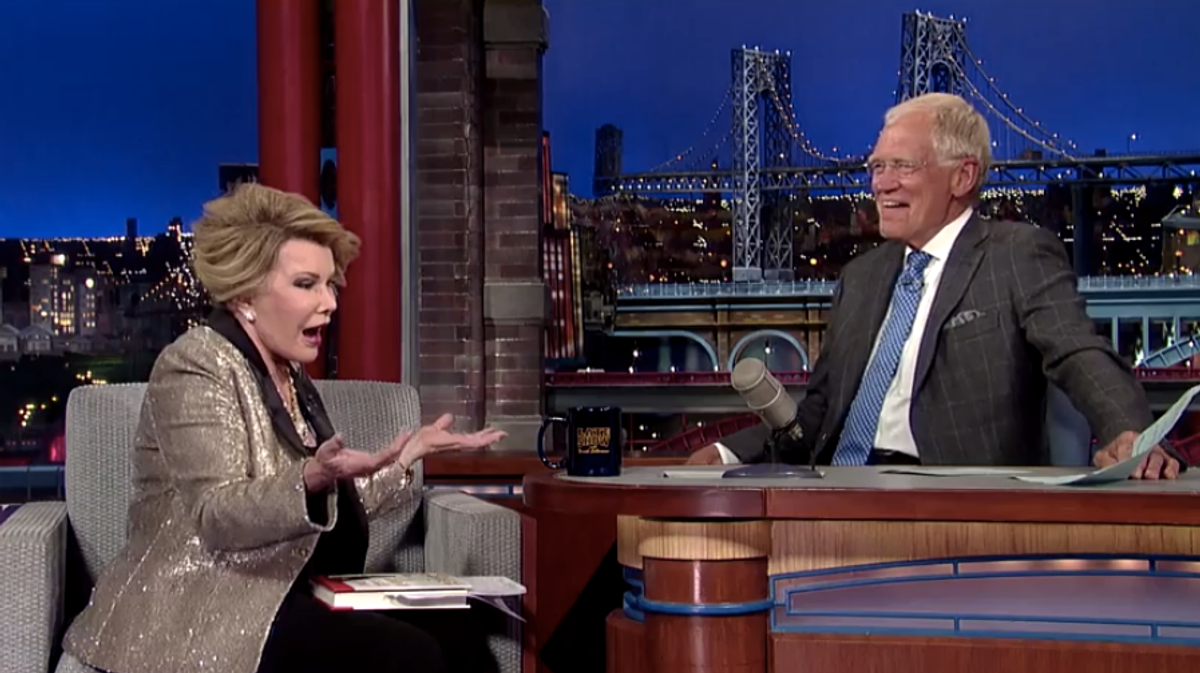 "Nasty," "opinionated," "negative" -- these are the words that very well could be used to describe the commentary of Joan Rivers, but this is how Rivers described CNN interviewer Fredericka Whitfield, whom she walked out on after being forced to address criticism that Rivers is "mean."

Rivers panned the interview on "The Late Show" Tuesday night, explaining that it was overly negative interview.

"Now I watched it, and it didn't seem like she was being that tough on you," said David Letterman.

"She was asking negative questions," replied Rivers. "It's a funny book."

After saying "that woman had hemorrhoids behind her ears," Rivers poked fun at herself, too. But not before Letterman (playfully) stormed off the set.