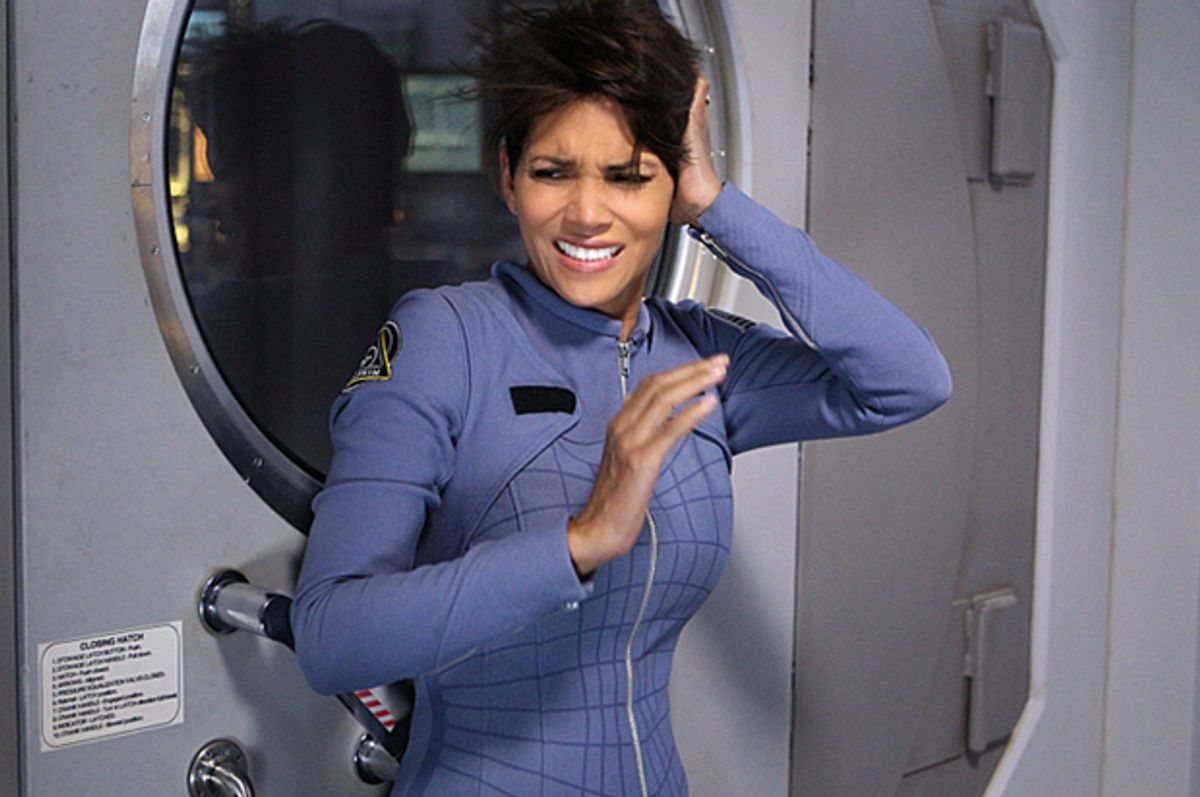 It's hard to talk about "Extant," CBS's new sci-fi serial drama, without talking about Halle Berry, and not just because she's its star. The show seems like the finale of a years-long story about Berry's career choices, such as they've been, since winning an Oscar. She doesn't get much to do here but the mere fact she has been asked to do it is fascinating.

The level of schadenfreude around Berry has always been a bit strange. The winner of an Academy Award in 2002 for "Monster's Ball," Berry went on to take what were perceived as easy paycheck roles -- a Bond girl in "Die Another Day" and, most famously, the titular feline in "Catwoman." The notion that Berry may not have had as robust a slate of choices as her contemporaries, if it came up, was second to the fun of treating Berry as a punchline, or as evidence of an "Oscar curse" that's more like a market correction given the paucity of good roles available.

And now Berry's on TV -- one among among several black female Academy Award winners or nominees who are coming to broadcast TV in the next few months (Viola Davis in "How to Get Away with Murder" and Octavia Spencer in "Red Band Society"). In contrast to the previous boom of film actresses on TV, though, Berry hasn't found herself the safely prestige-y sort of antiheroine drama that's provided a landing place for the likes of Glenn Close ("Damages") or Robin Wright ("House of Cards"). "Extant," is, in its pilot episode, pulpy in a strange way that could be great or could be terrible, but at least will be something.

Berry's character is a skilled astronaut (sure!) whose solo mission in space resulted in her bringing something a little extra back to earth. She's pregnant! This may be a vaguely undignified way for Berry to be spending her time, but it's so engaging that it hardly matters, and Berry (who's not tough or emphatic enough for the superheroine roles in which she's always seemed miscast) does the job of seeming confused and freaked-out. It's, so far, pulp done well, as opposed to the pulp done badly that has defined Berry's post-Oscar career: If she's got to do TV, why not play a lady who got pregnant in space and whose other kid, by the way, is a very lifelike robot?

It's a premise that can't possibly live up to its "Rosemary's Baby"-in-space promise, not least because the show has already started building outs for itself; the way Berry ended up getting pregnant is almost certain to be less exciting than "aliens did it!" There are other problems: When it comes to the scientists whose interrogation of Berry leads to her big flashback in episode 1, anyone who's been watching TV since "Alias" should know to be cautious of any show with a whiff of conspiracy elements. It's just too easy to have an amorphous group of evildoers who control everything. And even with its abbreviated run -- "Extant" is meant to run a cable-sized 13 episodes in its first season -- the show has troubling signs that it'll spend a lot of time wheel-spinning. A subplot involving Berry's husband's crusading to give robots recognition for their humanity will almost certainly involve a lot of sermonizing before it gets to the singularity.

But that robot son of Berry's, whom, we are told through clunking exposition, she "adopted" when it seemed as though she'd never get pregnant, may end up being more interesting than her pregnancy. Steven Spielberg's involvement as producer can make one hope this'll end up like his android-child film "A.I." -- a project with too many ideas and not enough attention to plot mechanics, but one that ends up in a more sophisticated place than its detractors realize.

So good for Berry for taking an opportunity to do something unusual. The great perceived weakness of her career, and the actual weakness of Hollywood's relationship with women, is that the only genre that consistently gives women anything to do is the intersection of sci-fi and action. The "Avatar" star Zoe Saldana has talked about carving herself a niche in the genre, but Berry had a few less ideal choices -- something that's not her fault, but still something she's been penalized for for years. This show will almost certainly help: In lending her fame to a project that, in its better moments, promises a messy sort of fun, Berry's made the best out of a challenging situation. Maybe, ten years after "Catwoman," Berry's determination to keep working will no longer be a joking matter.