Stung by bad publicity, Amazon tries to peel writers away from Hachette by offering them cold hard cash 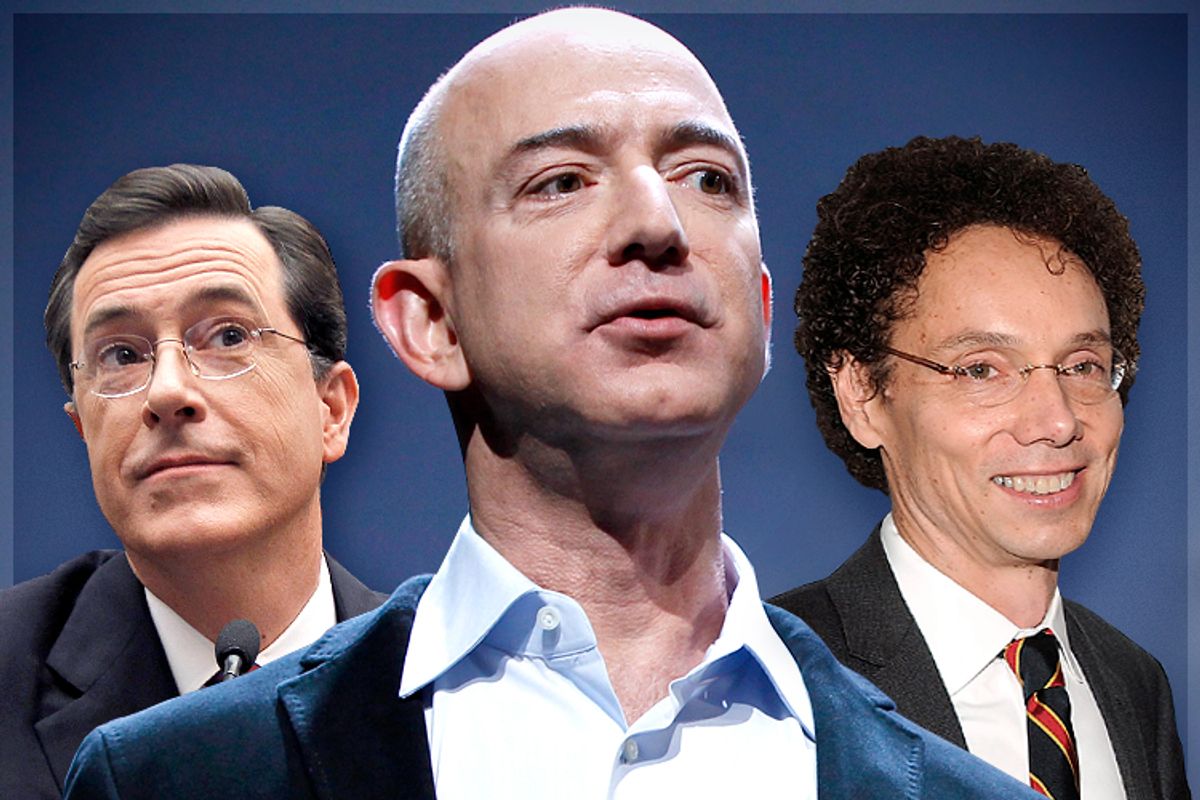 In the surprisingly public ongoing feud over e-book pricing between Amazon and Hachette, it is difficult to see Jeff Bezos' latest gambit -- a temporary offer to allow authors to keep all the proceeds from sales of their books on Amazon -- as anything other than an outright bribe. Amazon wants to peel away the loyalties of writers who have been supporting Hachette against the online retailer. So it is offering them straight-up cash.

Is Amazon feeling the heat? The news that Amazon was blocking preorders and delaying deliveries of Hachette titles has clearly hurt Amazon's brand. As David Streitfeld observed in the New York Times, Amazon " has never suffered as much sustained criticism as it is getting now." Whether or not you believe that the traditional publishing conglomerates are guilty of all manner of their own sins, it just doesn't look good to be caught blatantly abusing one's market power.

Thus the new deal, which Amazon is calling a temporary offer while Hachette and Amazon finish their negotiations. On the surface, it looks great for writers. Typically, a $10 purchase price for an e-book would get split three ways. Amazon would take a 30 percent commission, or $3, Hachette would take $5.25 of the remainder and  give the author $1.75 -- the standard contractually agreed to "25 percent of publisher's revenues." So under Amazon's proposal, the author makes out like a bandit -- 10 bucks instead of $1.75.

Hachette dismissed the proposal out of hand, and it's not hard to see why. Hachette is giving up more revenue than Amazon. But it's even worse when you delve a little deeper, as pointed out by publishing analyst Mike Shatzkin. In the vast majority of cases, Hachette authors would not be entitled to even that $1.75, because those royalties would be applied to paying back their initial book advances. If Hachette agreed to Amazon's terms it would be pissing away a revenue stream necessary to make good the advances it has already paid authors.

The Washington Post reported that some of Hachette's big-name authors, who could stand to make quite a bit of money under Amazon's arrangement, had spurned the offer as an obvious negotiating ploy. Thriller writer Doug Preston called it "blood money" and mystery writer Scott Turow labeled it a "publicity stunt."

Amazon's response to their rejection was telling.

“Preston can opt out of the offer for himself if he wants to, but he shouldn't stand in the way of debut and midlist authors benefiting from this offer. “