Here's what happens when the president of the United States comes face-to-face with an esoteric meme — and pot! 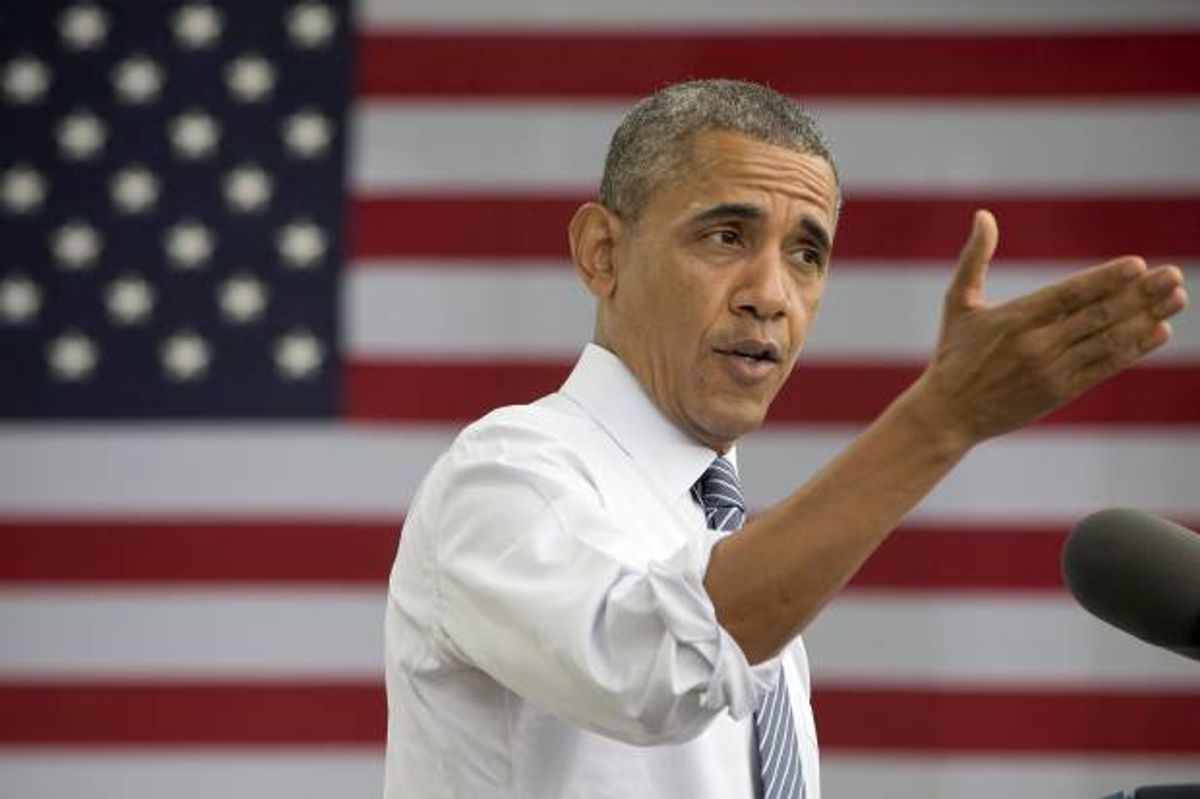 President Obama had a particularly strange — and thoroughly contemporary — visit to Denver on Tuesday, coming face-to-face with a horse (sort of) and finding himself in the unusual position for a U.S. president of turning down some free weed.

To start with the good stuff, here's what happened when the president decided to reach into a crowd to greet various humans in Denver. Little did he know that among the Homo sapiens was the mythical centaur ... or at least the 21st century's version of it:

Here's another shot of the same interaction. As Yahoo!'s Chris Moody notes, the secret service agent at Obama's side looks less than entirely happy with the horse-head man:

Later on during the same visit, Obama wandered into a Denver establishment where, apparently, marijuana — which recently became legal in Colorado — was available to be smoked. Offered the chance to "intercept" a toke, the president demurred by simply laughing without giving a yes or no answer. Maybe he wanted to keep his options open?

Or perhaps Obama simply wanted to make sure he was still on-point for the game of pool he was about to play with Colorado Gov. John Hickenlooper:

So, to recap, being president means getting to hang out with anonymous strangers in creepy masks who smoke pot and enjoy themselves a nice game of pool — in other words, it's like college, except with way more secret service agents.