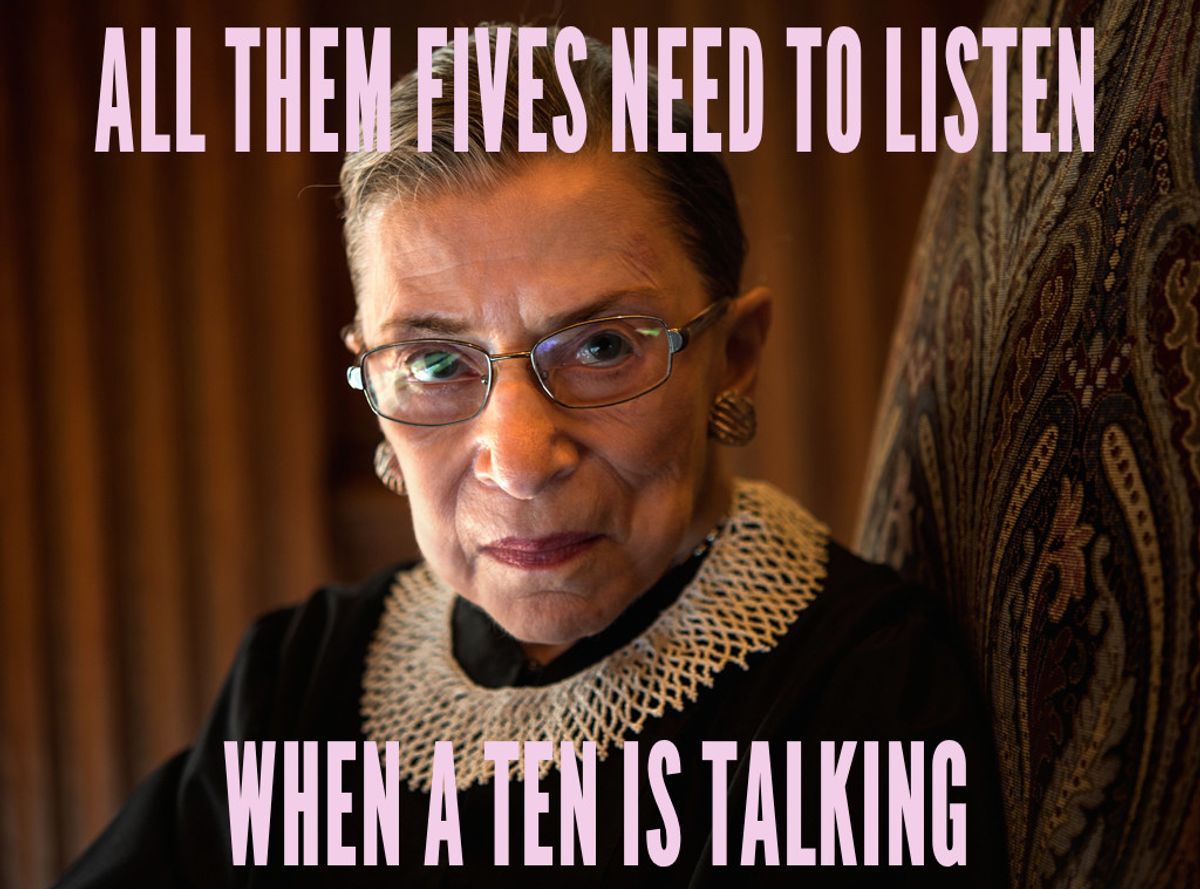 There's at least one upside to dinguses saying dingus-y things in the age of the Internet: Someone usually hits back at them with a great Tumblr. That's exactly what happened in the wake of Fox News host Jesse Watters spewing his thoughts on Hillary Clinton's response to the Hobby Lobby decision, which made use of his very original, racially tinged and totally offensive epithet "Beyoncé voters" to describe single women.

But the single ladies Watters attempted to shame for  having sex outside of marriage and -- you guessed it -- desiring contraception to do so are not taking offense. They're just taking to Photoshop.

"Beyoncé Voters," which popped up on Tumblr Tuesday alongside other social media outrage over Watters' remarks, pairs Beyoncé lyrics with images of political figures -- including Clinton, Barack Obama and Ruth Bader Ginsburg. Like its predecessor bindersfullofwomen.tumblr.com, Beyoncé Voters is an apt response to a ridiculous assessment of the political landscape.

Jokes like the blog play a part in revealing the ludicrousness of, say, categorizing a large segment of the population in an intentionally derogatory way, but they also make light of what should be taken lightly -- for example, Watters' commentary, but not the case at hand. Beyoncé Voters is, to quote Queen Bey herself, pretty near "***flawless."

Check out some of the images here: