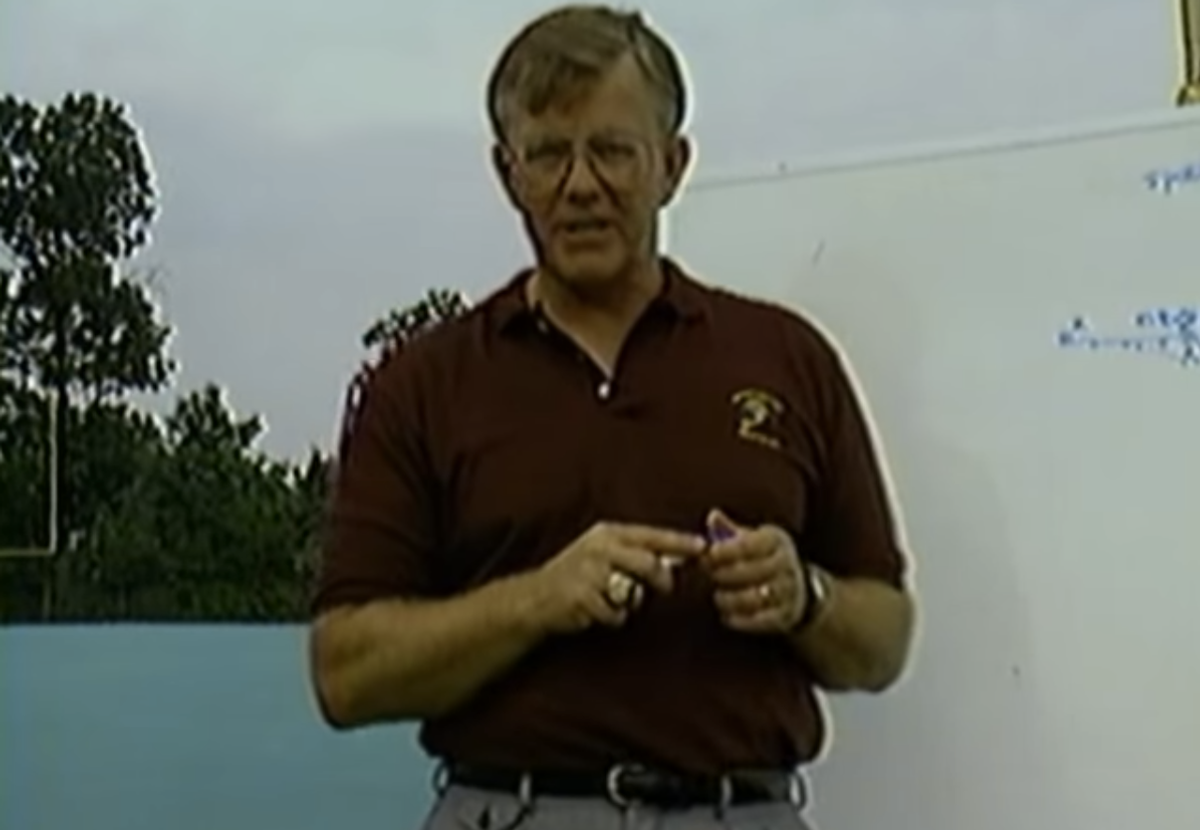 In 1992, the Buffalo Bills and Washington Redskins faced off against one another in the 26th Super Bowl. But, the same year, members of both teams came together to discuss an important issue on which they felt the need to weigh in: abortion. The sports site SBNation recently unearthed the anti-choice PSA, which includes Hall of Fame coach Joe Gibbs along with several Bills and Redskins players explaining why not to make the "terrible, irreversible mistake of abortion." Among the reasons they include: "people are important because they are human beings" and "it's a once-in-a-lifetime decision for your baby."

The video might have been shot in 1992, but the arguments it makes are eerily prescient. They're the same anti-choice views espoused today, and they similarly lack consideration for who should get to weigh in on personal reproductive health decisions -- as well as an actual understanding of the concept of "choice." The players offer the most basic and frequently invoked reasoning against abortion, but the message is coming from ... football players? It's difficult to draw the connection: why are male athletes weighing in for reproductive health decision-makers? (It's a question we're still asking.) At one point, Bills player Mark Kelso even recognizes the discrepancy:

If you happen to be in a crisis pregnancy right now, you're probably thinking, "what right do these highly paid athletes have to preach to me," and you'd be partly right.

Kelso never gives an answer for why, exactly, he and fellow "highly paid athletes" do have the right to "preach," because the clip jumps quickly to Redskins player Earnest Byner, who reduces the concept of reproductive choice to picking heads or tails in a coin toss:

Indeed, some choices are different from others -- which is why diminishing a person's right to make choices about her own body actually diminishes the entire conversation around abortion. There is no way to move the debate forward when the debate itself retains the same misrepresentations of what is the choice in question, really -- that is, a personal medical decision with important ramifications. This video wasn't and isn't groundbreaking; it's the same old thing. It's what keeps both sides stalled and repeating themselves over and over, making the same tired arguments they were making two decades ago.