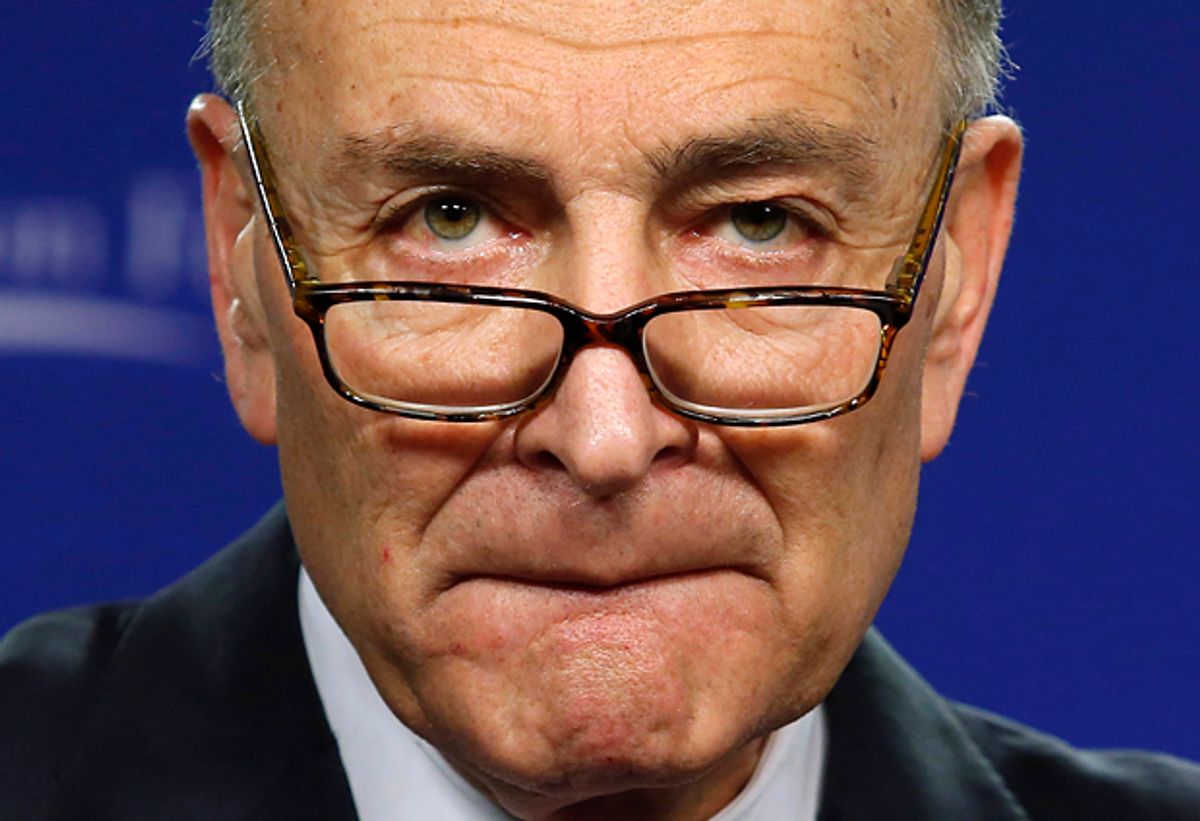 In politics, as the old saying goes, there are no permanent friends or permanent enemies - there are only permanent interests. Few policy debates prove that truism as well as the one now brewing over the Export-Import Bank - a government agency providing taxpayer subsidized loans to multinational corporations.

This tale starts 15 years ago when my old boss, U.S. Rep. Bernie Sanders, I-VT, was trying to construct a left-right coalition to reform the bank. While a few libertarians were willing to voice free-market criticism of the bank, the impetus for reform was primarily among Democrats and the left. Indeed, Sanders' failed 2002 amendment proposing to restrict the bank's subsidies garnered only 22 Republican votes but had 111 Democratic backers - mostly progressive legislators who, in the words of Sanders, saw the Ex-Im Bank program as "one of the most egregious forms of corporate welfare."

As Salon's David Dayen reports, liberals in subsequent years "highlighted how Enron, the failed energy giant, benefited from $675 million in Ex-Im loans"; how "Ex-Im gave an $18 million loan to a Chinese steel mill, which was later on accused of dumping steel into U.S. markets and hurting U.S. workers" and how, "Ex-Im loan guarantees helped build one of the largest coal plants in the world." By 2008, the progressive-themed criticism of the bank had become so central to Democrats' agenda that Barack Obama used a presidential campaign speech in 2008 to lambast the bank as "little more than a fund for corporate welfare.”

Fast forward to the last few years. In 2012, Democrats rammed a bill reauthorizing the bank through the Senate, and Obama held a public ceremony to sign the reauthorization bill into law. At the same time, Republicans provided most of the congressional votes against the bank. And now, in the last few weeks, the GOP's new House majority leader is threatening to block the next authorization bill and thus completely shut the bank down.

This tale is not just another "I was for it before I was against" anecdote. It is also a bigger parable providing a two-pronged lesson: Partisan politics can abruptly shift; yet money politics almost never changes.

The first lesson may be the most jarring because American politics is typically portrayed as a principled battle between two ideologically divided parties. But as the Export-Import Bank debate proves, money often trumps those purported principles to the point that parties will suddenly trade ideologies based on their perception of short-term interests.

In this case, the Republicans see an opportunity to humiliate Obama, and so they are momentarily ignoring their business benefactors who benefit from taxpayer subsidies. Meanwhile, Democrats are dropping their populist platitudes in favor of a chance to attract fundraising support from  GOP-leaning business interests. As New York's Democratic Senator Chuck Schumer told National Journal about his efforts to use the Export-Import debate to court cash from the Chamber of Commerce: "I've said this to [chamber President] Tom Donohue and others: In many ways mainstream Democrats are closer to you than many Republicans."

But, then, as dizzying as all these opportunistic partisan shifts may be, what hasn't yet changed is the power dynamic. If in fact the Export-Import Bank debate ends up with the same results as years past (read: no reform), then it will be a reminder that the corporate lobby still calls the shots in a principle-free legislative arena.