It didn't even break into the Top 500 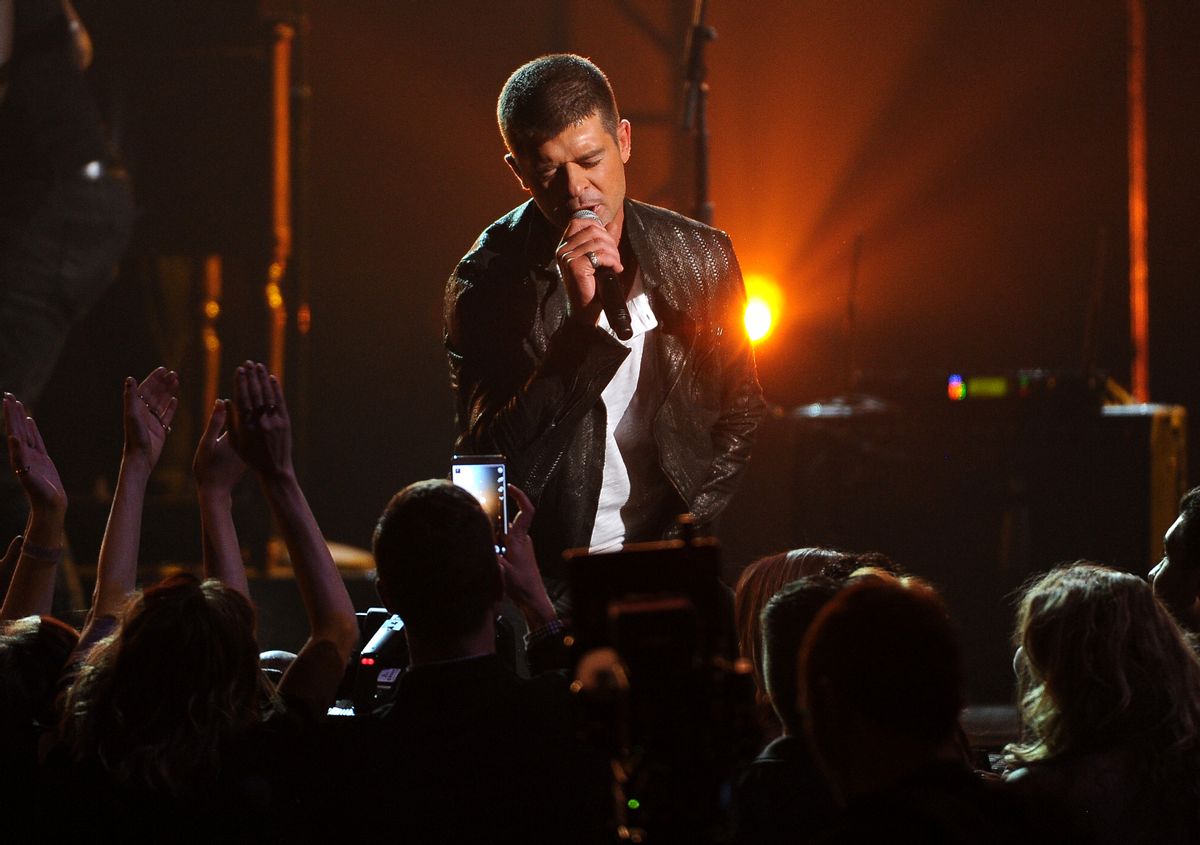 Paula Patton dumped him, he wrote a creepy album to try to get her back, Twitter mocked him, and now former pop god Robin Thicke is slumming it on the charts, having sold fewer than 54 copies of album "Paula" in Australia. The sales were so low, reports News.com.au, that it "may not have even made double figures in Australia." We don't know exactly how many copies of the album were sold, in fact, because sales don't register for albums outside of the the Top 500 in Australia. Damn.

This is even more laughably low than Thicke's already laughably low sales in the U.K., where he debuted at No. 200 and sold only 540 copies in the first week. (For reference, the population of the U.K. is only 2.7 times that of Australia's). "Paula" fared better in the U.S., though, where it debuted at No. 9, selling 24,000 copies. Americans either find creepy love stories of obsession cute (cough, "The Notebook," cough), or they're willing to put money down for irony. Either way, it's clear that "Paula" was doomed from the start.