Doocy is outraged about gender-inclusive bathrooms. But children and most other people seem pretty OK with them 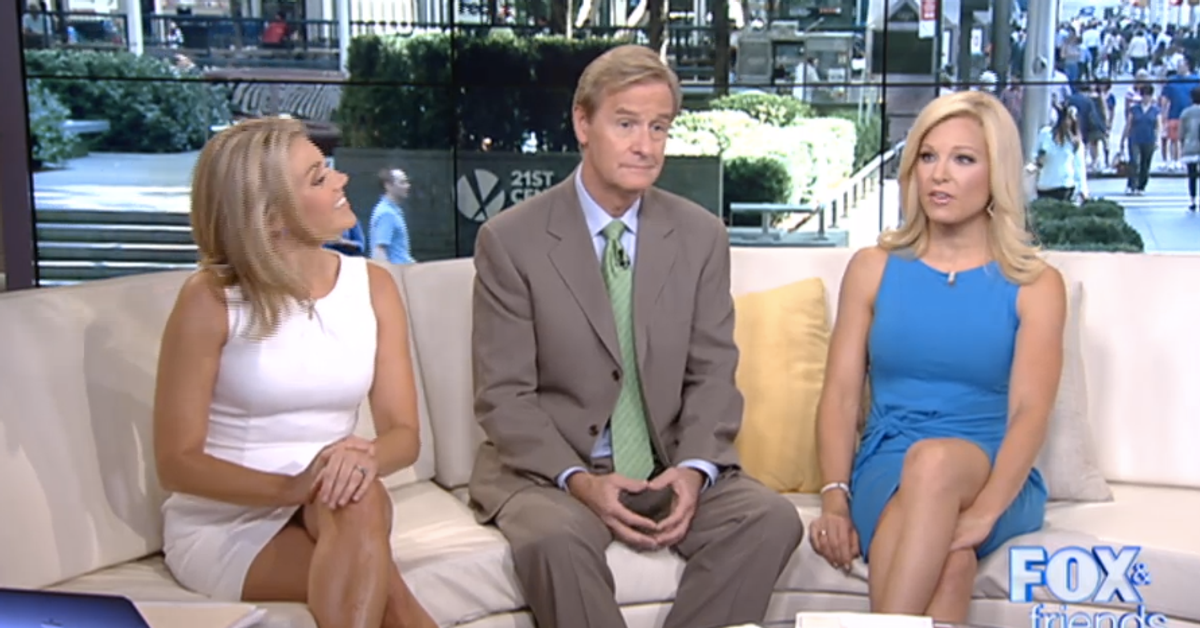 Illinois State University recently relabeled some of its single-stall "family" restrooms as "all-gender" restrooms. The move to designate a few bathrooms as gender neutral is a pretty simple accommodation for transgender and gender-variant students, and an effort from administrators to create an inclusive campus environment. This baffled Steve Doocy and his colleagues on "Fox & Friends," and eventually inspired Doocy to take it to the streets in an attempt to stir outrage over something that is not at all outrageous. After introducing the segment with some smug commentary about the "P.C." police, Doocy interviewed a group of people about the new sign. I think he expected them to be as blatantly transphobic and bigoted as he is, but he was disappointed. A child in the group schooled him pretty quickly.

Doocy asked the young kid -- who is maybe 10 -- what he thought the symbol meant, and he simply replied, "Maybe a family restroom." Then he asked if the group understood what an "all-gender" bathroom might mean, and another member of the crew answered, cheerfully, "Restrooms for both genders."

Doocy seemed a little thrown that people could understand something that is very easy to understand, and eventually handed the segment back to his co-hosts in the studio, who were absolutely amazed at what they had just seen.