"Welcome to Sweden" may be the Poehler family's best sitcom

Low-key and amiable, this Scandinavian-set show from Greg Poehler, brother of Amy, is a summer treat 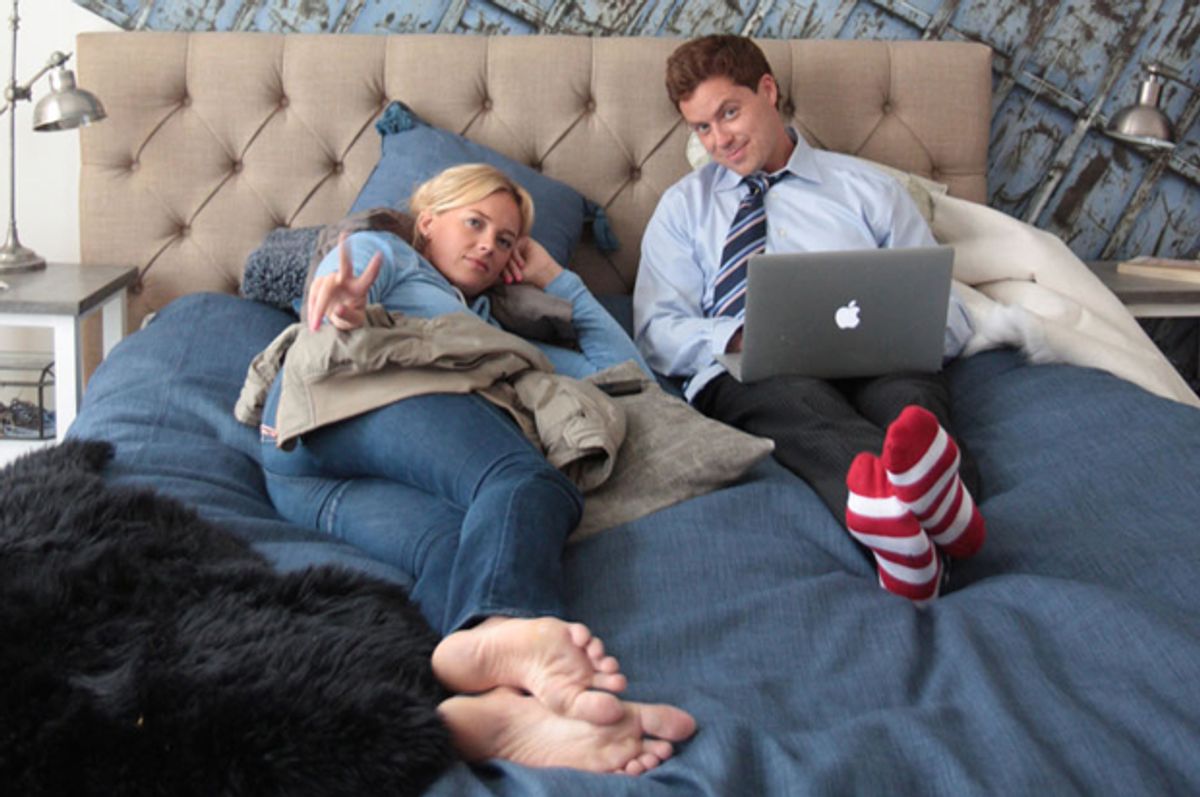 Josephine Bornebusch and Greg Poehler in "Welcome to Sweden" (NBC)
--

Amy Poehler is, at this point, more than a comedian and actress -- with two Golden Globes co-hosting gigs under her belt and a book of anecdotes and advice coming this fall, she's a blue-chip brand representing zany but knowing humor, even for those who think her "Parks and Recreation" has crossed the rubicon into unsustainable contrivance. And NBC's new sitcom "Welcome to Sweden," which premieres stateside tonight after a run earlier this year in, yes, Sweden, represents Poehler using her powers for good. It's hard to imagine a show this low-key making it to air stateside without the imprimatur of a major comedy star.

Or, at least, a star's family name. The show features Poehler's brother, Greg Poehler, as a man who follows his love to Scandinavia -- and it's as amiable and good-spirited as its title. Greg Poehler plays Bruce, a celebrity accountant (with a diva client played amusingly by Amy Poehler) who moves to Sweden with his girlfriend Emma (Josephine Bornebusch). They spend time with the locals, a group that includes her disapproving family.

It's all pretty rudimentary and breaks just about no new ground; comparisons to anything else on TV at the moment die on the vine, but it reminded me of watching "Newhart," the Bob Newhart sitcom devoted to plumbing the oddities of small-town Vermont. (Or maybe the approximately eight weeks in 2006 when the U.S. "Office" was just concerned with the anthropology of well-meaning people trying to coexist.) The humor here is slice-of-life and cute -- Bruce's difficulties learning Swedish, the kookiness of the locals. But very little happens in the show's first two episodes, but for the establishment of a breezy, calming tone. Conflicts are set up -- in particular, the degree to which Emma's parents simply don't understand Bruce's rootlessness and desire to "find himself" -- but not blown up. And cultural differences are gently explored without being too heavy-handed about it. The fact that the show had to clear the bar to air in Sweden first is a good sign about how light the show's touch is with Swedish stereotypes -- if anything, Bruce, a feckless American seeking self-discovery at the cost of practicality, is the cultural stereotype.

This show, in its early going, is the equivalent of those self-soothing ASMR videos; watching it in the middle of the day, I wasn't bored but did feel as though I were being lulled asleep. It was nice! Every performer is likable but only one, the great Lena Olin as Emma's plain-spoken mother, stands out in any way; even a guest-starring Will Ferrell fits into the show's bemused energy.

A show like this one, whose ambitions are so limited, could probably only air in the summer, when ratings pressure is even lower than usual. But that's too bad. It's a nice fantasy that a lead-in show with just a bit more pizzazz could draw in viewers to this show, one that deserves to be seen but whose low energy makes it something of a tough sell. But even if it just putters along all summer, "Welcome to Sweden" is the best show starring a Poehler that's been on in years; it's a trip that took a moment of getting used to, but one I was glad I took.