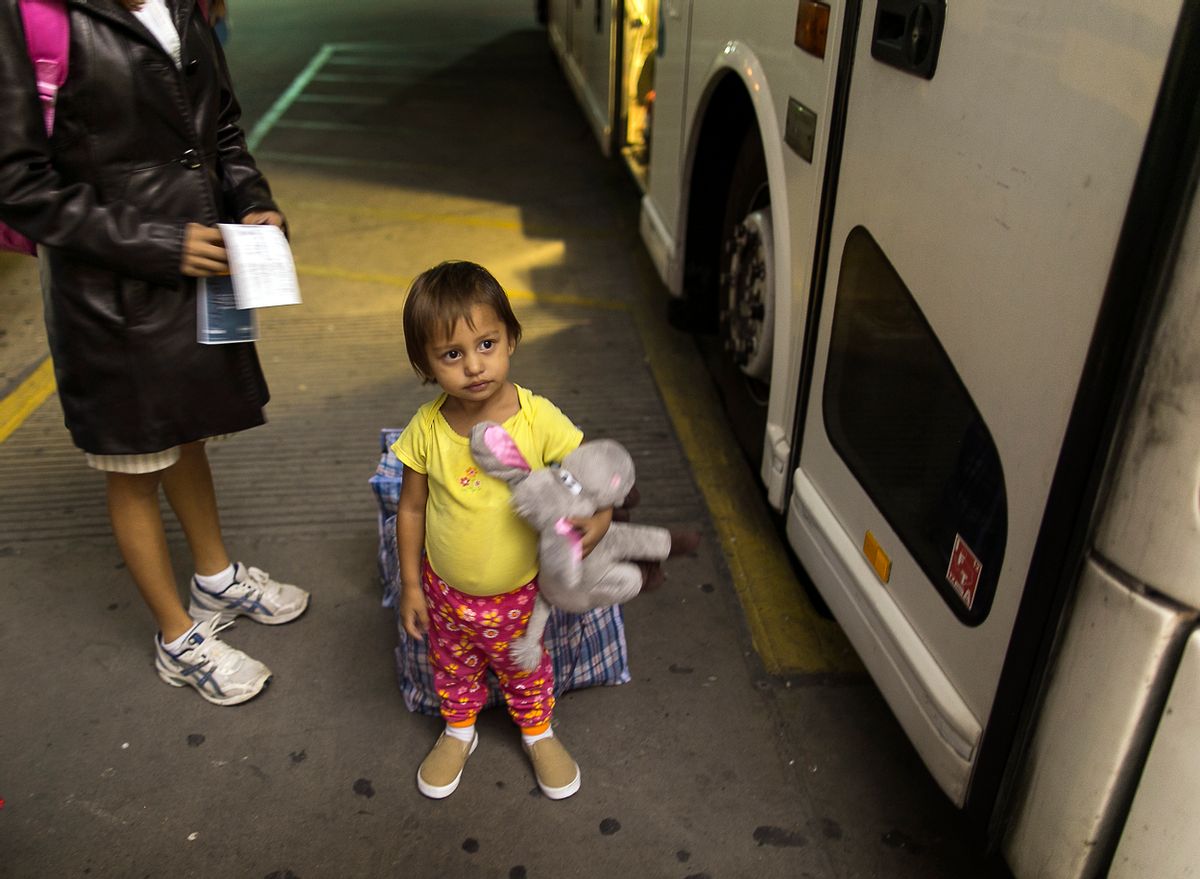 In this photo taken July 1, 2014, two-year-old Adriana Ortez holds her stuffed animal, as she and her mother, Dayana Ortez, of El Salvador, wait to board a bus leaving the city bus station in McAllen, Texas. Ortez and her daughter, were released on their own recognizance by U.S. Customs and Border Protection Services after entering the illegally into the U.S. from Mexico. The mother and daughter were heading to Los Angles to reunite with family. (AP Photo/Austin American-Statesman, Rodolfo Gonzalez) (AP)
--

A provision to deport minors from Central America more speedily might be included in Obama's $3.7 billion emergency request.

The overture comes as world leaders warn of an urgent need to avoid another Israeli-Palestinian war that could engulf the fragile region.

3. NO 'STAND DOWN' ORDER IN BENGHAZI

Testimony of nine military officers undermines contentions by GOP lawmakers that an order held back military assets that could have saved U.S. Ambassador Chris Stevens in Libya.

4. WHERE TOP US DIPLOMAT HAS LANDED

Secretary of State Kerry is in Kabul to help try to resolve an election crisis surrounding Afghanistan's presidential vote.

Ronald Lee Haskell is charged with killing four children and their parents in Spring, Texas, after they refused to tell him where his ex-wife was.

Authorities say Alix Tichelman searched online for how to legally defend herself after allegedly giving a Google executive a lethal dose of heroin aboard a California yacht.

The government is suing the online retailer for billing parents and other account holders for millions of dollars in in-app purchases made by children.

The news about the nearly 4-year-old Mississippi girl is a setback to hopes that very early treatment with powerful HIV drugs might reverse the infection.

The fantasy saga "Game of Thrones" emerges as the leading nominee with 19 nods. Dramas "Breaking Bad" and "True Detective" are among the other front-runners.

"The Decision II" holds fans in thrall as the Miami Heat star ponders where he'll take his talents next.