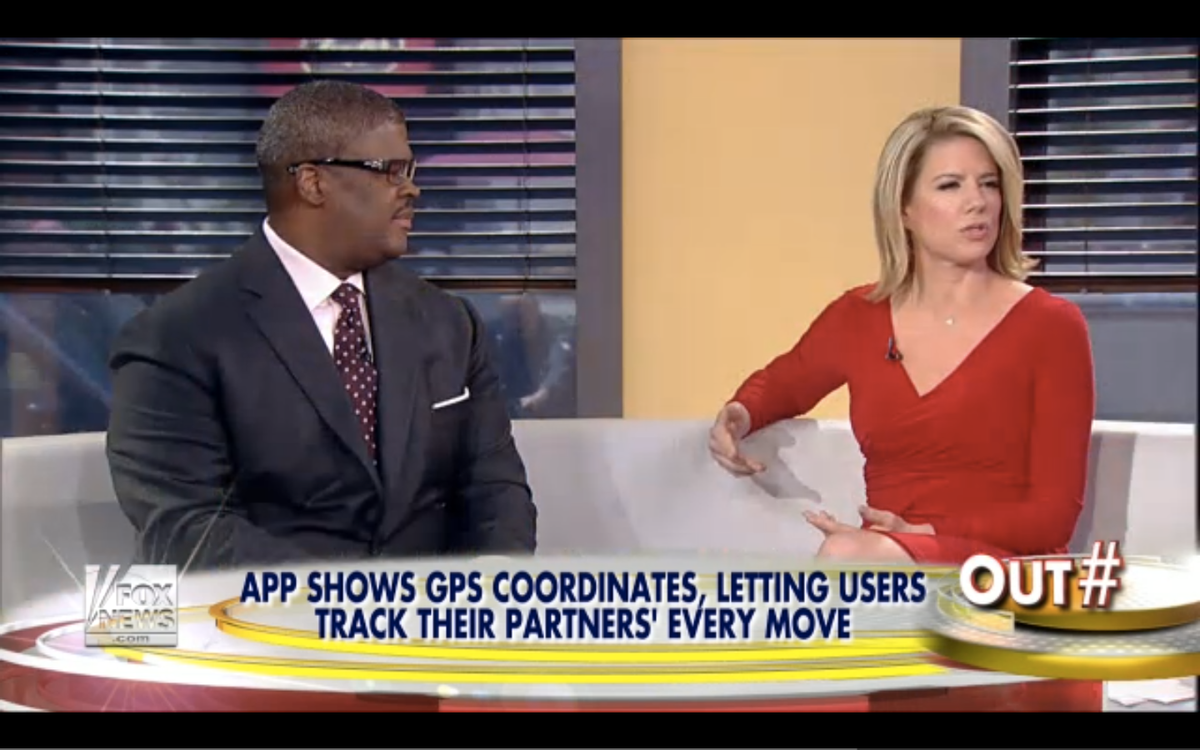 To mark the occasion of being surrounded by women, Payne wore a pair of cufflinks emblazoned with a scene of domestic violence. He thought this was pretty funny and charming, and the women of "Outnumbered" seemed to agree. There was a lot of laughter all around.

"Hey, by the way Charles, we forgot to point out something. I just caught the bling on your cufflinks! What are the cufflinks, by the way?" said Smith.

"This is a caveman dragging a woman with one club in one hand an the woman in the other hand," Payne replied with a laugh.

"What are you trying to say, Charles?" went the response, again with a laugh.

"All I'm trying to say is I am intimidated by you guys, and I had to overcompensate," he said.

"Is that a drumstick or a club?" Faulkner asked by way of clarification.

"A club," Payne pointed out.

Everyone laughed some more. And scene.

I mean, let's look at this exchange one more time, because this was basically what happened:

Woman: Hey is that a man dragging a woman by her hair on your cufflinks?

Woman: I find your domestic violence cufflinks to be charming!

Man: I wore it because it expresses my feeling that being on a show with four female co-hosts is threatening to me in the same way that being violently assaulted and dragged by my hair would be if I were a woman!

Woman: What weapon is the man using against that woman?

Man: The man is using a blunt object that I think is a club against the woman!

It's just plain gross to laugh about domestic violence, it's also perplexing that this is happening on an afternoon puff news show. One would think that jokes about violence against women wouldn't go down that well with lunchtime viewers. But neither should jokes about teenage boys delighting in sexual assault, but that hasn't stopped "Outnumbered" from going there, too.