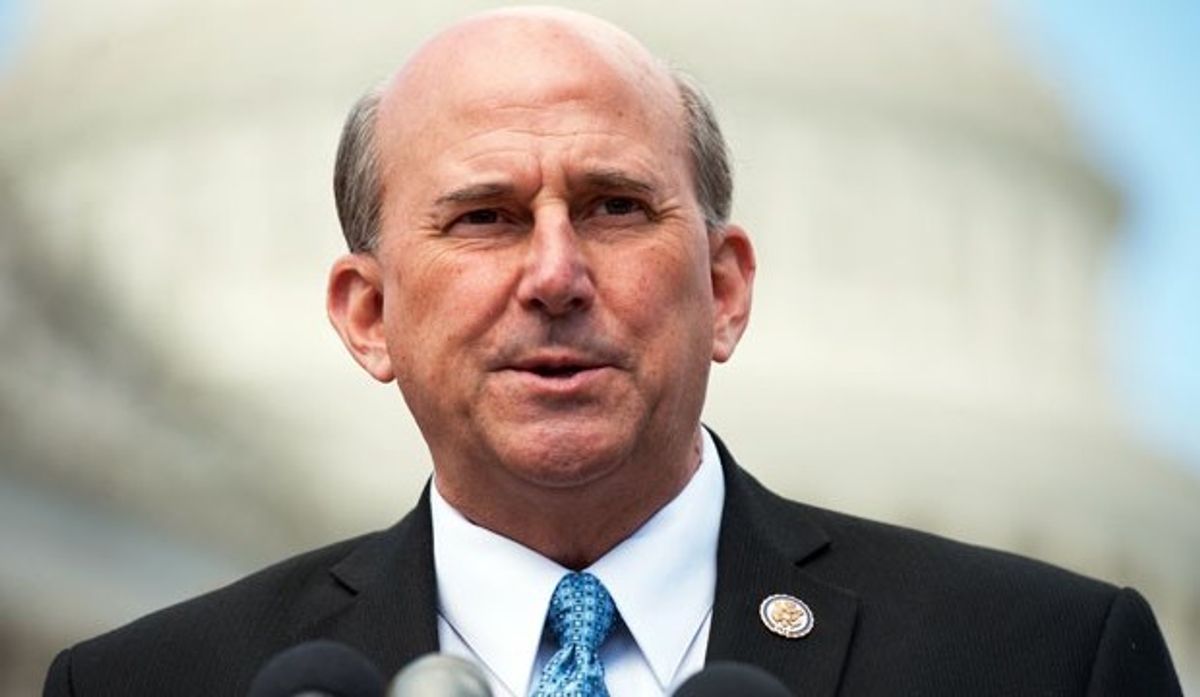 For centuries, scholars, philosophers, religious leaders and all manner of intelligent people have debated whether there is a God. Indeed, at least since the dawn of the Enlightenment and the secular era, the question of whether we are truly alone in the universe has been a profound challenge that every person must ultimately decide for herself.

Well, all that's over now — because Texas congressman and Tea Party darling Louie Gohmert has proven the existence of God. And it really wasn't that difficult, apparently, either!

"[Comedian] Bob Murphey used to say, ‘You know, I feel so bad for atheists, I do,'" Gohmert recounted during a prayer rally in D.C. on Wednesday. "'Think about it,'" Gohmert continued, still quoting Murphey, "'no matter how smart they think they are, an atheist has to admit that he believes the equation: nobody plus nothing equals everything.'"

"How embarrassing for an intellectual to have to say, 'Yeah, I believe that,'" Gohmert added, no longer speaking as Murphey. "Nobody plus nothing equals everything."

After pausing for applause, Gohmert then added, "You couldn't get everything unless there was something that was the creator of everything and that's the Lord we know.”

So there you have it: God is for real because of this thing a comedian Gohmert likes said one time. Case closed, problem solved. Isn't that a relief?

You can watch Gohmert end the debate over the meaning of life below, via Right Wing Watch: