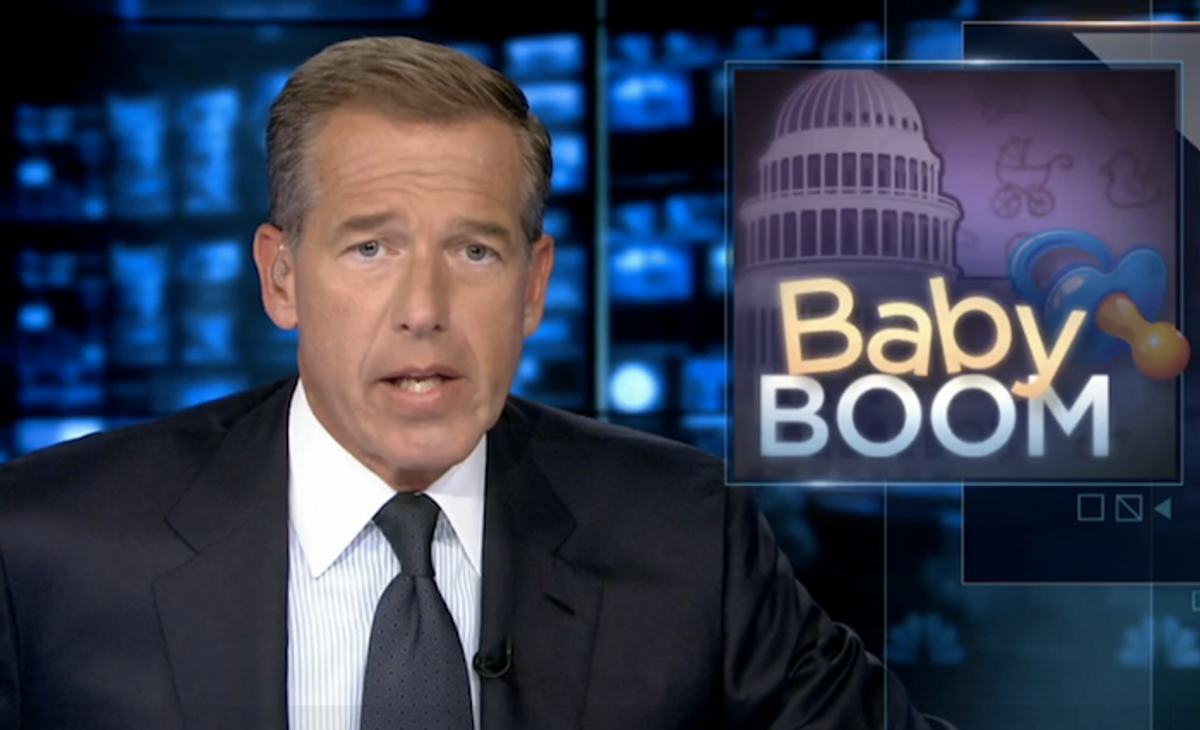 Washington-area hospitals have reported a significant jump in birth rates over the past several weeks, with several healthcare centers struggling to meet the demand for hospital beds. Northwest D.C.'s Sibley Hospital claims it's had three more births than normal for the past month, while Arlington's Virginia Hospital Center has seen more than 100 babies born in the past three months than it did over the same period last year. At first, this mini-baby boom might've come as a surprise, but thanks to a little arithmetic, there's now a general consensus about the reason for the boom.

You might remember the massive government shutdown that happened about, oh, nine months ago. Thousands and thousands of federal employees were furloughed in a widely criticized event from Oct. 1-16 of last year, many of whom live in or near the capital. In light of the recent baby boom, Brian Williams astutely pointed out what government employees must've been doing during their time off on Thursday's edition of NBC Nightly News.

“How long until someone on television points out that during the shutdown the folks in Washington are apparently doing at home what Washington has been accused of doing to the American people,” Williams said. “We’re guessing someone will say that on television before long.”

Well, Brian Williams, you did. Watch the clip below: